Gov Ortom challenges Akume to show his scorecard of service 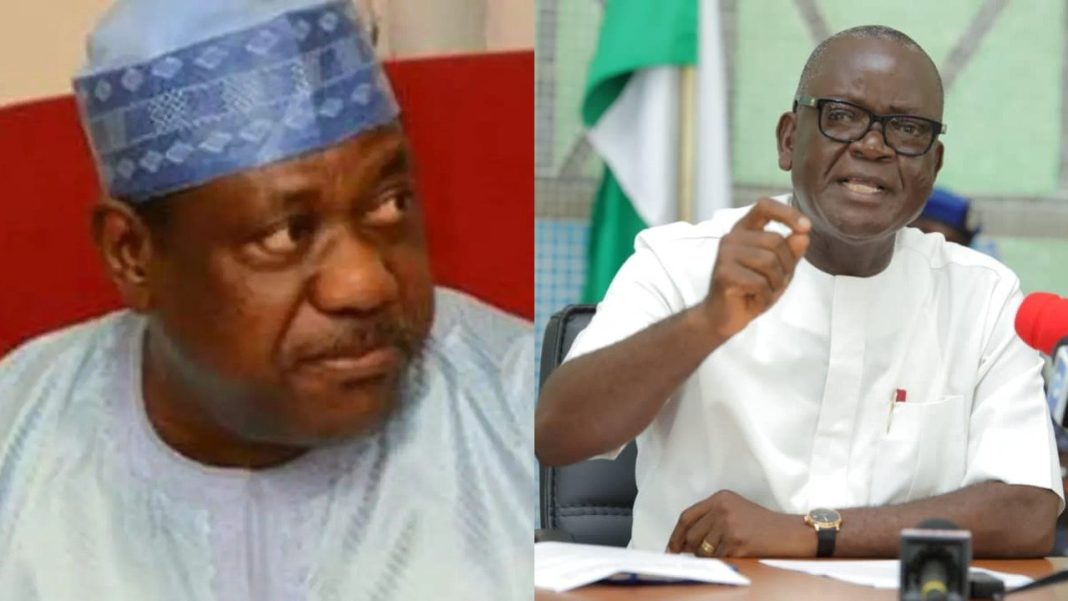 Benue State Governor, Samuel Ortom has challenged the Minister of Special Duties and Intergovernmental Affairs, Senator George Akume to list the achievements he has recorded since 1999 as Governor, Senator and Minister.

Governor Ortom tasks Akume to specifically enumerate his projects as a two-term Governor; his achievements as a three-time Senator representing Benue North West Senatorial District, as well as the projects he has attracted to the state now that he is a minister for three years.

“This is someone who has benefited tremendously from the goodwill of Benue people who voted him for two terms as Governor, three terms as Senator, and now he is a minister representing the state. Sadly, all that our people have got in return from him are insults and baseless accusations”, the Governor stated.

Governor Ortom who threw the challenge in reaction to Senator Akume’s recent utterances against him at a function in Abuja, expressed disappointment in the former Governor for failing the people in all the mandates that he has been given to serve.

“Let him show Benue people just one bill that he sponsored or even a single motion that he moved during his 12 years in the Senate. All that our people have received as reward for their support of Akume in 23 years are accusations and blackmail. He has sold his conscience to enemies of the state for a pot of porridge”, the Governor stressed.

The Governor recalled Akume’s utterances in 2019 after the state came under herdsmen attacks and hundreds were killed in which he accused Benue people of killing themselves, noting that the people responded accordingly by voting him out of the Senate to demonstrate their anger towards him.

He said the only way to put an end to Akume’s persistent mischief against the state is for the minister to display his achievements as governor, senator and minister.

Governor Ortom restates his commitment to providing development projects for Benue people despite the antics of those whose only target is to destroy the state, as long as their bread is buttered in Abuja.