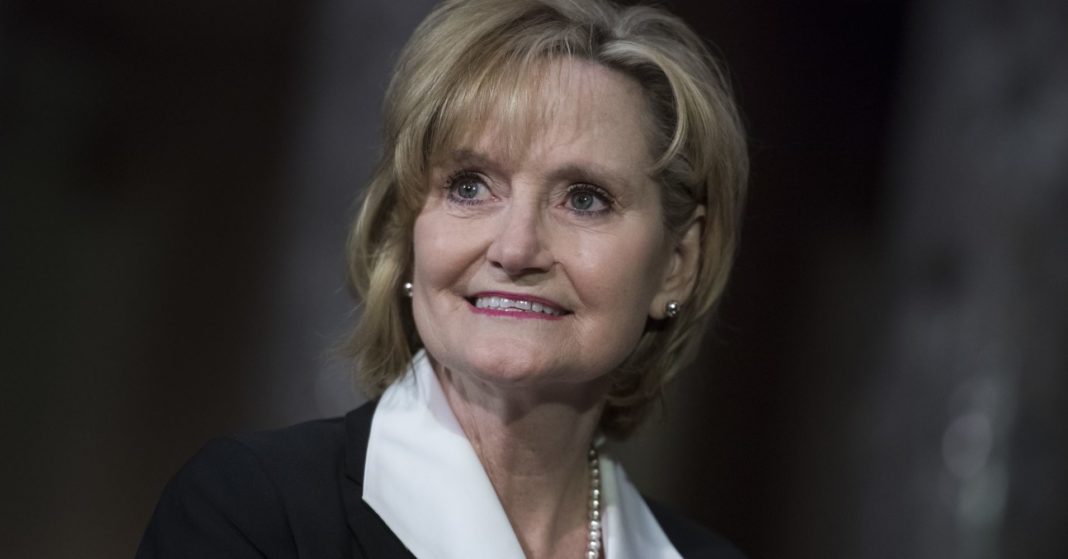 The GOP senator will defeat Democratic former Agriculture Secretary Mike Espy in the special election runoff, the final 2018 congressional race. Hyde-Smith will serve the remainder of GOP Sen. Thad Cochran’s term through 2020. She was appointed to succeed the ailing lawmaker earlier this year.

Hyde-Smith’s victory secures a 53-47 majority for Senate Republicans in the next Congress, which starts in January. It gives President Donald Trump a boost, as he will push for the confirmation of more conservative judges and potential changes to the U.S. tax code and health care system. Democrats will take control of the House in January, making it tougher for the GOP to reach its policy goals.

Hyde-Smith, 59, becomes the first woman elected to the Senate from Mississippi.

She won a contest in which she joked at one campaign event about attending a “public hanging” amid a race against Espy, a black man. The remarks evoked Mississippi’s history of racist violence, and Espy said last week that they gave the state a “black eye” and “rejuvenated old stereotypes.”

Hyde-Smith apologized last week to “anyone who was offended,” but her refusal to answer reporters’ questions about the comments since and her campaign’s decision not to explain them further brought even more criticism. Numerous corporate donors to Hyde-Smith’s campaign, including Walmart and AT&T, have asked for refunds.

In comments following her win, Hyde-Smith said she “persevered” and “got through things” on the way to victory. She thanked Trump for holding rallies in the state Monday to boost her campaign.

“No matter who you voted for today, I’m going to always represent every Mississippian,” she said.

Espy, who served as a U.S. representative from Mississippi and Agriculture secretary under President Bill Clinton, failed to overcome the state’s conservative leanings. Mississippi supported Trump by about 18 percentage points in 2016.

In a statement Tuesday night, Espy said it was “not the result we were hoping for” and added that he was “grateful for the support we received across Mississippi.”

“Make no mistake—tonight is the beginning, not the end. When this many people show up, stand up, and speak up, it is not a loss. It is a moment. It is a movement,” Espy said. “And we are not going to stop moving our state forward just because of one election. I look forward to finding new ways to do just that.”

Hyde-Smith appeared set to win by a smaller margin than other recent statewide Republican candidates. She had about a 9 percentage point lead with 88 percent of votes in on Tuesday night, according to NBC News.

Underscoring the tightness of Tuesday’s race, Trump tried to leverage his popularity during the rallies supporting Hyde-Smith. As he attempted to mobilize conservatives, Trump cast Hyde-Smith as a champion for his agenda.

In a tweet Tuesday night, Trump congratulated Hyde-Smith on what he called a “big” win. He added: “We are all very proud of you!”