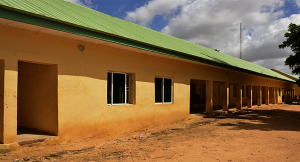 The newly elected local government chairmen in Benue State have pledge to compliment the state government’s effort in the provision of Primary Healthcare Centres and public primary school education.

The Chairmen of Oju local government, Mr Austin Okwoche and his Otukpo counterpart, George Alli, told Channels TV that the medical and educational gaps in the rural communities, require the intervention of the local government system.

The commitment is coming on the heels of their inauguration by Governor Samuel Ortom who charged them to uphold the good work of his administration.

The fate of local government and rural dwellers in Benue state since 2012, were left in the hands of the state government who controlled both administrative and socio-development projects.

The practice of appointing Sole Administrators, meant that rural roads, Primary Healthcare Centres and public schools were neglected; a trend that the governor now seeks to change.