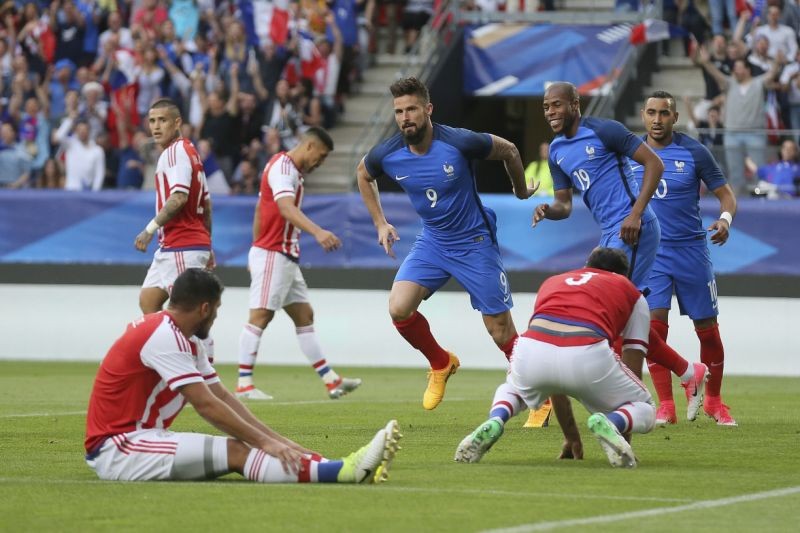 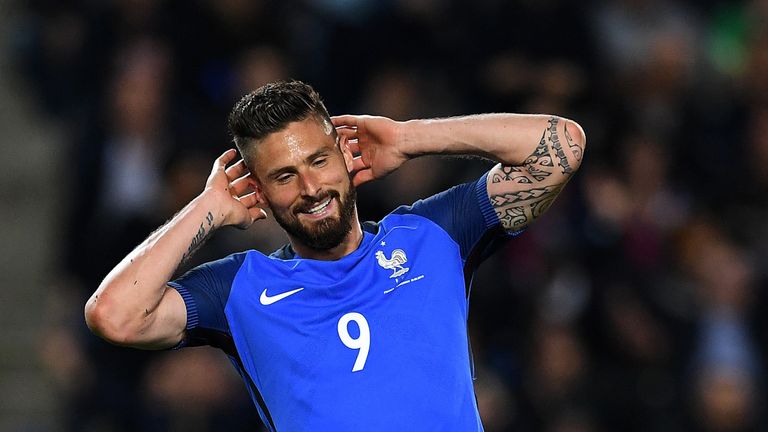 An Olivier Giroud hat-trick helped France brush aside Paraguay 5-0 in an international friendly at Rennes on Friday.

The Arsenal striker became the first France international to score a treble since David Trezeguet achieved the feat in 2000.

He opened the scoring for Didier Deschamps’s team in the sixth minute, doubling his total in the 13th, before getting his hat-trick and his 16th international goal in as many games in the 69th minute.

The scoring was completed by Tottenham’s Moussa Sissoko and Atletico Madrid’s Antoine Griezmann to give France the perfect confidence booster ahead of the 2018 World Cup Qualifier against Sweden in Stockholm on June 9.

In Group A, the Euro 2016 finalists France head Group A by three points from Sweden.

The win put France back on track after their 2-0 loss to Spain in a friendly in March.

Giroud’s first goal was a volley after an assist from Ousmane Dembele, his second a header with Dimitri Payet providing the pass, completing his hat-trick after a clever assist from second half substitute Lucas Digne.

“That’s good, I had great support from my team-mates, I helped finish the team’s work and I’m happy because that rewards all the squad who work and live together well,” Giroud told French television TMC.

Deschamps too was more than satisfied with his side’s showing.

“Our forwards scored, that’s good,” he said. “Now I know that we have an altogether different game coming up against Sweden.”

On Giroud’s impressive display, Deschamps said: “He’s our best scorer, he continues to get goals and when he’s not scoring himself he helps others around him score.

“And he produces this sort of display even when he’s had a difficult season with his club.”

Assessing the challenge lying ahead next week in Stockholm, Deschamps added: “As we are facing a team just behind us in the table a good or very good result over there will place us in an even better situation to qualify for the World Cup.”

After five qualifiers for the 2018 World Cup in Russia, France top Group A on 13 points, three ahead of Sweden in second with Bulgaria on nine in third and the Netherlands on seven in fourth.

After Sweden France are scheduled to face England in a friendly in Paris on June 13.