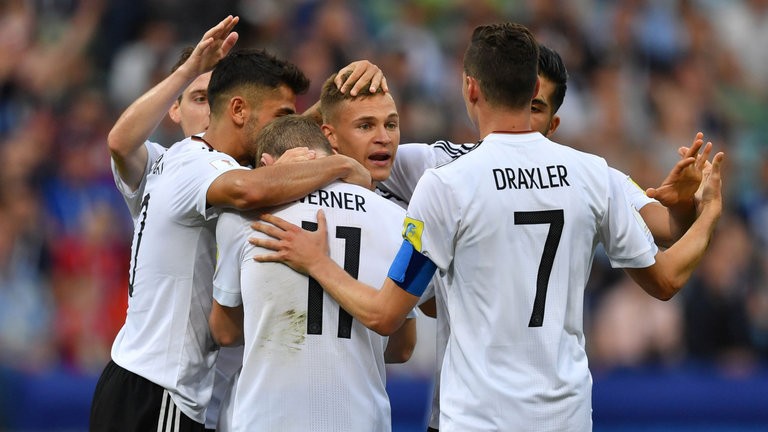 Kerem Demirbay and Timo Werner both scored their first senior international goals as Germany beat 10-man Cameroon 3-1 to book their place in the Confederations Cup semi-finals.

Hoffenheim midfielder Demirbay marked his full debut by breaking the deadlock early in the second half at the Fisht Olympic Stadium in Sochi and RB Leipzig striker Werner’s double sandwiched Vincent Aboubakar’s header for Cameroon.

Germany, who beat Austrailia 3-2 in their opening match before drawing with Chile, squandered a host of second-half chances, but saw the game out comfortably to finish top of Group B and set up a last-four clash with Mexico on Thursday.

Cameroon were controversially reduced to 10 men just after the hour-mark when defender Ernest Mabouka was shown a straight red card for his high tackle on Emre Can.

Colombian referee Wilmar Roldan initially sent the wrong player off, Sebastien Siani, on the advice of the video assistant referee before the decision was quickly corrected.

Cameroon began brightly but failed to threaten Marc-Andre ter Stegen and Germany went closest to breaking the deadlock after a pedestrian opening 21 minutes.

Can’s curling shot from outside the penalty area drifted wide and Joshua Kimmich should have given Germany the lead three minutes later, but his diving header from Marvin Plattenhardt’s cross was just off target.

Cameroon, who lost to Chile and drew with Australia in their previous group games, squandered most of their possession. 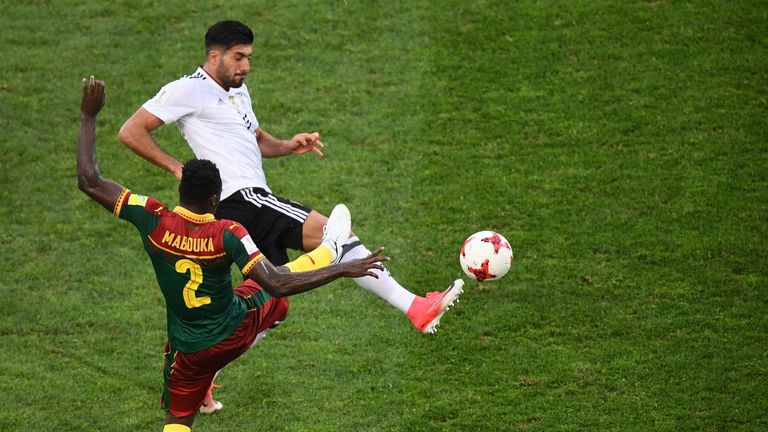 Germany came out for the second half with much more intent and took the lead in the 48th minute.

Demirbay carried the ball to the edge of the box following Julian Draxler’s neat flick and smashed a right-footed shot into the top corner.

Cameroon goalkeeper Fabrice Ondoa made two excellent saves to deny Germany a second goal soon after, first rushing out to deflect Werner’s effort and then diving to his left to keep out Kimmich’s low follow up.

Aboubakar and substitute Moumi Ngamaleu both spurned decent chances as Cameroon tried to respond, but they were dealt a blow when Mabouka saw red for his high tackle on Can in the 64th minute and Werner made them pay two minutes later when diving low to head home Kimmich’s cross.

Aboubakar glanced home a header straight through Ter Stegen’s hands with 12 minutes left, but Werner turned in substitute Benjamin Henrichs’ pass inside the area for his second goal in the 81st minute.