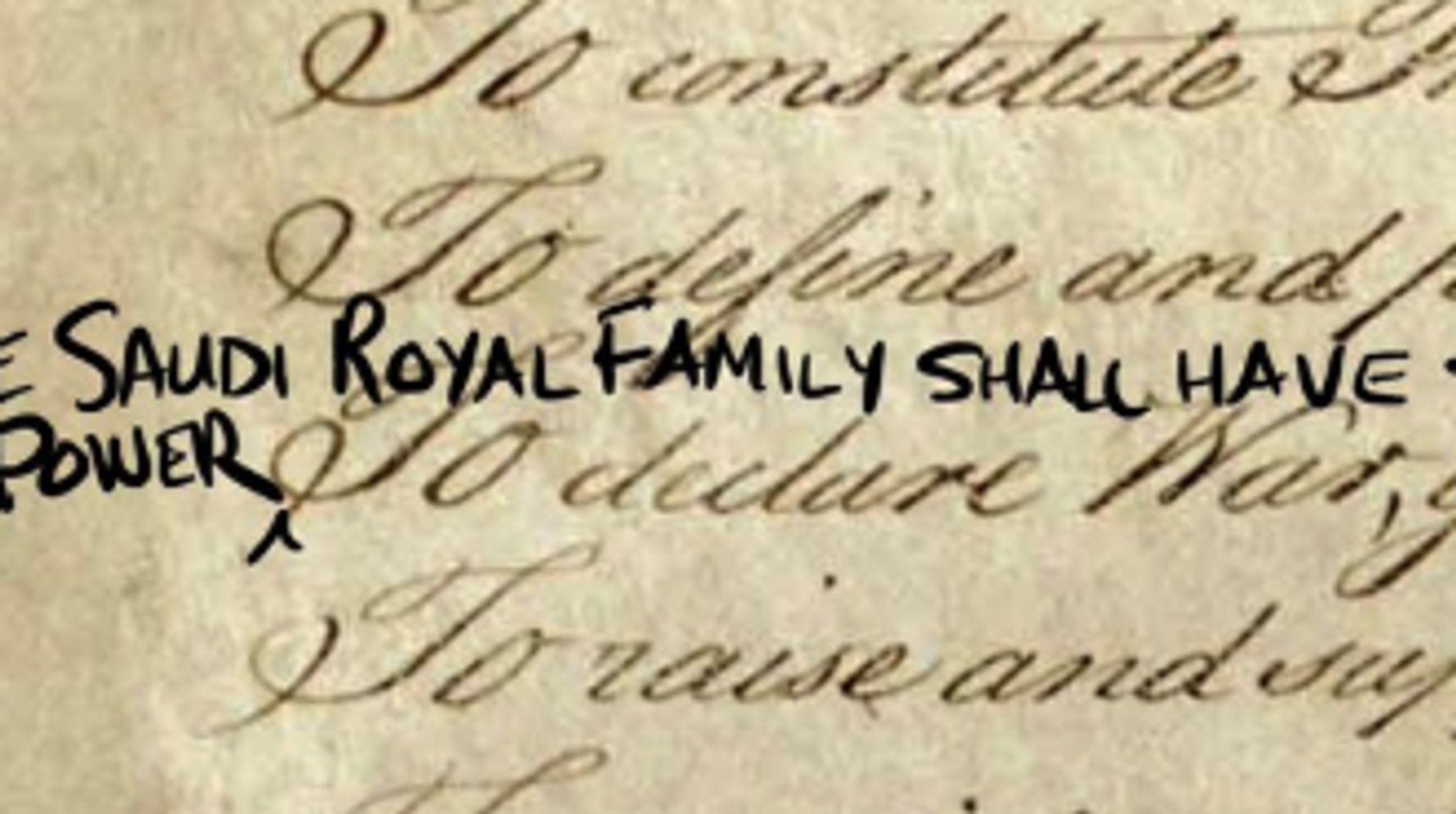 Conservative attorney George Conway, the husband of White House counselor Kellyanne Conway, took a black marker to a page of the U.S. Constitution to skewer Donald Trump’s apparent readiness to commit American forces to the war on behalf of Saudi Arabia once he “hears from the kingdom.”

In honor of the tremendous sway the Saudis apparently have over Trump, Conway marked up the Constitution to read: “The Saudi Royal Family shall have the power” to declare war.

Conway followers — at least some of them — loved his latest dig at the president, and couldn’t help notice the similarities to the president’s “Sharpie method” of drawing in Alabama earlier this month to a National Weather Service map to support Trump’s flub that the state was in hurricane danger.

Explain to me again why the world’s largest oil producer is in bed with the government that aided the 9/11 hijackers? I’ve never really understood that one and why the Congressional Investigative Committee declined to pursue the leads very well chronicled by the @latimes.

But not all of Conway’s 660,000 Twitter followers were so taken by his attack on the president. They were distracted by his silence on the revelation of a new allegation of sexual misconduct against Supreme Court Justice Brett Kavanaugh.

Kavie lies. You and your family helped install this puppet government and you still don’t want to talk about that

Tell us about Kavanagh, George. Otherwise, the rest of this is just another Conway couple lie