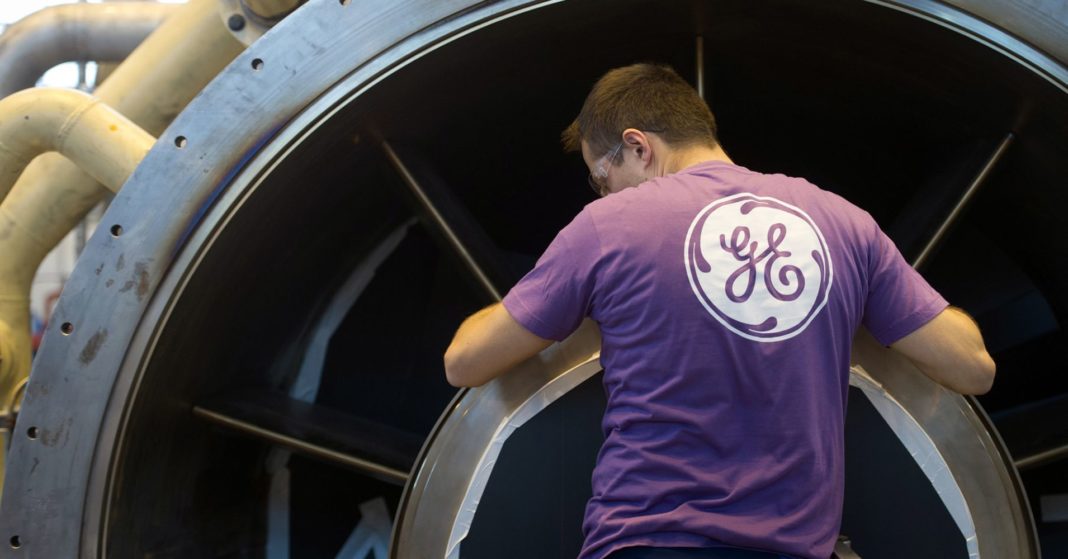 General Electric shares fell more than 8 percent in trading Tuesday after multiple Wall Street analysts warned clients that new CEO Larry Culp’s cut to the quarterly dividend may just be the beginning of a slow and difficult process.

Along with a dividend cut, the company:

GE shares were now on pace for their worst single day of trading since March 2009.

Here’s a wrap of what major Wall Street analysts had to say about GE’s many announcements:

Fundamentally this is worse than expected on profits, with the same dynamics as prior quarters including results at Power and Renewables well below expectations and upside from Aviation. With a lack of guidance, it’s hard to judge the sustainability of each – Power is bad and certainly nowhere near as salvageable as Bulls think, and we also don’t believe Aviation can sustain these types of results … The dividend cut to close to zero will help on this front, but we also don’t think the cut is a silver bullet, and the severity highlights the challenged capital position here … Bottom line, there is still much information to come and wood chop for the new CEO, and color from the call will determine today’s trade. So far, fundamentally there is plenty here to support our negative view.

In new-CEO Larry Culp’s debut earnings, GE is taking the as-expected step of paring down its annual dividend from 48c to 4c, which would save roughly $3.9 billion of cash annually. We expect this action to be well-received. GE also announced a realignment of the Power business, grouping Gas products & services businesses into one unit and Other Power businesses into a second unit. This realignment will raise questions over whether it might lead to further divestitures.

The company announced the elimination of all but a token dividend of 1 cent a quarter – suggesting that GE faces a significant cash constraint, particularly as we expect that new management would still be early in thoroughly reviewing the operations.

Overall, we believe GE’s 3Q18 results are disappointing despite very low expectations. GE’s Power and Renewables results were significantly worse than expected (2 of 3 core businesses to remain in the portfolio) while O&G profit improvement underwhelmed. Cash flow remains negative YTD. A key question is how long Aviation strength can last at what appears close to a cycle peak.

GE CEO Larry Culp slashed the dividend to a token $0.01 per quarter from $0.12, in a move aimed to save $3.9 bil. in cash. We find the move brave and necessary and a sign that Mr. Culp will not take half measures to improve the company … Mr. Culp announces moves to restructure Power and accelerate the pace of improvement. Aviation remained a bright spot and oil and gas showed improvement. We don’t see material share price improvement until Mr. Culp gets some visible results.

Q3 results were generally weak (e.g., Power/FCF). New CEO cut dividend to $0.01/shr (prior $0.12, saves $3.9B), and is focused on deleveraging. We still can’t rule out an equity offering at some point … There was no update in today’s release on FY18 guidance, but YTD Adj. FCF ($300MM outflow) suggests FY18 FCF will fall well short of original guidance.