Delaying Singh’s byelection might be calculated, but it isn’t unprecedented 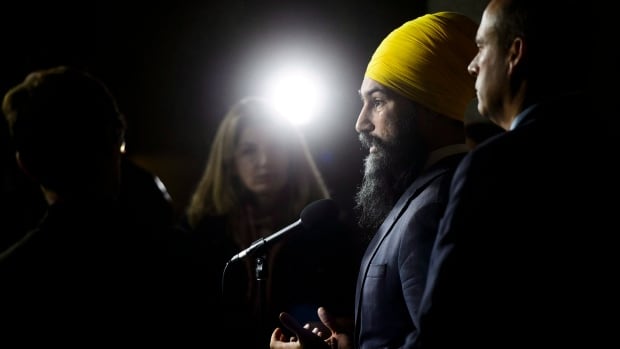 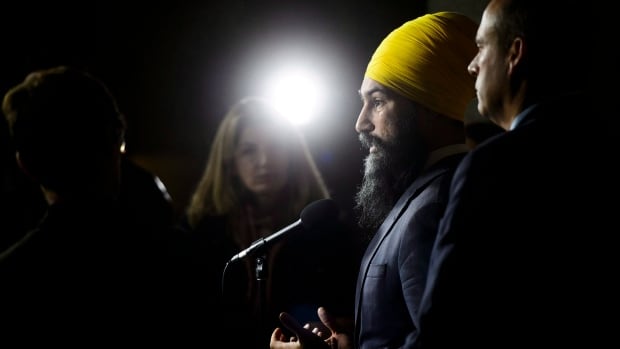 The NDP claims that the Liberals have taken an unprecedented step by delaying a byelection call in Burnaby South, frustrating party leader Jagmeet Singh’s plan to soon secure a seat in the House of Commons.

But it isn’t unprecedented. It isn’t even unusual. Mostly, it’s just politics.

There are four vacancies in the House of Commons. On Sunday, the Liberals announced they would be filling only one of them for the time being.

One of the ridings that will remain without an MP for the foreseeable future is Burnaby South — the riding that Singh has selected as his route to a seat in Parliament.

The Liberals set Dec. 3 as the date for a byelection in the eastern Ontario riding of Leeds–Grenville–Thousand Islands and Rideau Lakes. B.C. NDP MP Peter Julian called the decision to leave Burnaby South in limbo “unprecedented … petty and manipulative,” arguing the government could have simultaneously set dates for votes in Burnaby South, the Ontario riding of York–Simcoe and the Quebec riding of Outremont.

Speaking in French to a reporter Monday morning in Ottawa, Prime Minster Justin Trudeau said that “it has only been a few weeks that this seat has been vacant and we are taking the usual time.”

Singh said on Monday that calling one byelection while delaying others “has never been done … in recent history.” But Trudeau has done it once already while in office. Former prime minister Stephen Harper did it twice when he was in power.

The circumstances of the vacancy in Leeds–Grenville–Thousand Islands and Rideau Lakes might be a factor. The byelection in that riding was forced by the death of Conservative MP Gord Brown in the spring. By law, the government had until Oct. 30 to set the date for the byelection. It is not uncommon for governments to wait the full six months to fill a seat vacated by a deceased MP.

That was the reasoning behind Trudeau’s previous decision to set one byelection date while holding off on others. After the passing of Conservative MP Jim Hillyer in March 2016, the Liberals waited until September to call the byelection in the riding. At the time, both Calgary Heritage and Ottawa–Vanier were vacant following Harper’s resignation and the death of Liberal MP Mauril Bélanger.

Byelections in these two ridings were not called until 2017.

The Conservatives did the same thing after the death of former cabinet minister Jim Flaherty in 2014, leaving his Whitby–Oshawa seat vacant when byelections were called in four other ridings.

And in the summer of 2007, byelections were called in three ridings — including Outremont, which Tom Mulcair would win for the NDP in a stunning upset — when three other seats had been already vacant for a few weeks. Those byelections were not held until the following year.

So the Liberals are well within the political norm (and their legal rights) in choosing not to fill all the vacancies at once.

York–Simcoe, vacated by the resignation of Conservative MP Peter Van Loan on Oct. 1, has been without an MP for only 29 days. Official notice of NDP MP Kennedy Stewart’s resignation in Burnaby South was received 43 days ago — though he announced he would be resigning to run for the mayor’s office in Vancouver back in May.

That gap of four to six weeks is relatively short for a byelection. Only in a few instances under Harper and Trudeau have byelections been called within four weeks of a vacancy; the average delay in cases not involving the death of an MP has been 91 days since 2007. So the Liberals do have a case for claiming that delaying the call in Burnaby South and York–Simcoe is not unusual.

But Mulcair officially resigned his Outremont seat 88 days ago — after signalling last December that he would be stepping aside. That’s a far longer delay than was seen in other cases of a vacancy being passed over for a byelection date.

The longest previous delay under either Harper or Trudeau was 40 days in 2007: Toronto Centre was vacated on July 2 but had not been awarded a byelection by the time a vote in Roberval–Lac-Saint-Jean was announced on Aug. 11, 2007.

Without the call in Leeds–Grenville–Thousand Islands and Rideau Lakes, the delay in Outremont at this stage wouldn’t be unusual. But it complicates the calendar. If the Outremont byelection is to be bundled with byelections in York–Simcoe and Burnaby South and not called while the campaign is underway in Brown’s former seat, then all three byelections might be pushed into early 2019 — to the very limit of what the law allows.

Of course, the reason we’re all paying extra-special attention to these three ridings now is Singh’s planned candidacy in Burnaby South. The NDP claims that the Liberals are dragging their feet in order to keep Singh from getting a seat.

The Liberals counter that if Stewart had resigned when he announced his decision to run for municipal office in the spring, the byelection in Burnaby South would have been called already. And if the issue is Singh getting a seat of his own, he’s had multiple opportunities to put his name forward in byelections held over the last year.

The Liberals, after all, are not obliged to do favours for the NDP. And the New Democrats have a history of ignoring the “leader’s courtesy” that the Liberals and Conservatives often have extended to each other in the past — the courtesy of not running a candidate against a rival party leader seeking a seat in the Commons for the first time.

But Singh’s question to the Liberals — why not call these byelections all at once? — is harder to answer without a political calculation being part of it. Though the Liberals have not yet set nomination dates for candidates in the three vacant ridings still lacking byelection dates, they have known the vacancies were coming for months (in the case of Outremont, for nearly a year) and so had ample time to find a candidate. They haven’t done so.

The New Democrats have struggled in the polls and in fundraising under Singh. The Liberals might believe they have a good chance against him in next year’s federal election and that a Singh defeat in Burnaby South — by no means an impossibility — would result in him being replaced. Not all Liberals want to see that happen.

This could be why Liberals seem to be divided on whether to run a candidate against Singh. And if they were to defeat him, sending the NDP into turmoil in early 2019, rather than in late 2018, might fit the Liberals’ electoral calendar better.

So what the Liberals have chosen not to do this past weekend isn’t unusual. But the byelection at the centre of the controversy certainly is. Singh has had to wait over a year to get a seat in the House of Commons. It looks like he’ll have to wait a little longer.