Game #62: The Joys of an Average Defense 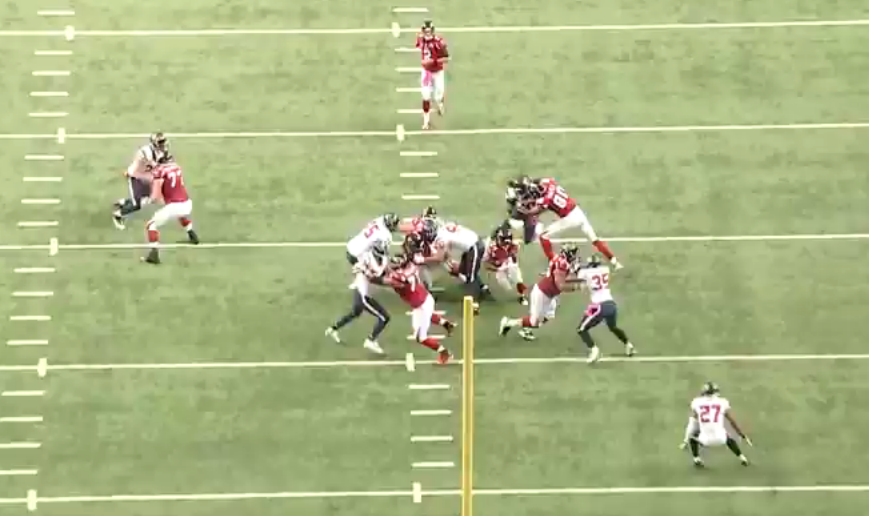 With Brugman, Rajai, and Olson manning the outfield, Phegley behind the plate, Rosales and Pinder holding down the middle infield with Healy and Alonso on the corner infield, the A’s actually put a perfectly competently average defensive team on the field. There aren’t any imminent gold gloves heading in the A’s direction, though Alonso is finally hitting well enough to win one, but there is a version of A’s baseball available that doesn’t require assuming the fetal position and watching lazy fly balls to the outfield through one’s fingers. Tonight’s 7-2 victory, in stark contrast from the loss just hours before, proved it.

Game 1 of the double header was an exciting, frustrating back and forth affair that unfortunately ended with the A’s on the losing end of things. And in the earliest innings of tonight’s affair, that trend continued. After accruing a season high sixteen hits in Game 1, the offense picked right back up where it left off in the top of the first inning. With two outs, Healy, Khris Davis, and Alonso knocked back-to-back-to-back singles to push a single run across the plate in the top of the first off of Matt Andriese, making his first start since going on the DL for a groin injury.

Sean Manaea, starting the nightcap game for the A’s, gave that lead right back in the bottom of the first after falling victim to the same duo that won the game for the Rays in the tenth literally an hour prior, Peter Bourjos and Evan Longoria. Bourjos doubled to kickstart the offense for the Rays, and Evan Longoria hit a line drive single to left field to score him and in the blink of an eye the game was tied. It stayed that way thanks to this catch by Brugman:

In the top of the second inning, Rays’ starter Andriese was removed from the game, having re-injured his groin, and was replaced by Chih-Wei Hu. Not expecting to have to enter the game so early, it took Hu a couple batters to get settled in, and made a mistake pitch on an 0-2 count to Josh Phegley and paid the ultimate price as Phegley hit a booming home run to center field and re-took the lead for the A’s, 2-1. Over the next four innings, Hu wouldn’t make any more mistakes, only allowing A’s to reach base on one infield single and one walk, and did a superb job of keeping the Rays in the game while pitching in an emergency relief situation.

Manaea settled in after his rough first inning as well. In innings two through five, he allowed only two hits and a walk along with a whole lot of weak contact. He was also pitching incredibly efficiently, avoiding getting dragged into long at bats. Only one Ray made it into scoring position and threatened to score, Mallex Smith, who just barely reached base on a bunt single and advanced to second on a wild pitch moments before the inning ended. Manaea was acquired with the expectation of being the future A’s staff ace, or at least in the staff ace conversation, and since returning from his early season injury he has been pitching like it.

Hu’s valiant relief effort for the Rays ended in the sixth inning, Jose Alvarado entering the game to replace him. With a new arm on the mound for the Rays, the A’s bats started to click once again, and Khris Davis and Alonso hit singles to start off the top of the sixth. After Davis advanced to third on a Pinder sacrifice fly, Jaycob Brugman continued his hot start to his big league career by perfectly placing a bunt on a safety squeeze that allowed Davis to score and himself to reach first with ease.

It was the first of what will assuredly be many RsBI for Brugman (he tallied one more in the ninth inning on a bases loaded sacrifice fly), who reached base three times in tonight’s game in addition to reaching base four times in the first game of the day. Brugman should be in the lineup every single game, for the time being anyways, after his performances today (if only for his fundamentally sound defense – his hiccup in center field in Game 1 notwithstanding). Surprisingly Brugman’s RBI bunt single would be the only run scoring hit of the inning, as Rosales and Rajai Davis both struck out with the bases loaded to limit the A’s damage to one run.

The A’s did manage to get their insurance in the seventh, courtesy of Healy and Pinder. After working a full count with the bases empty and one out in the seventh, Healy took reliever Ryne Stanek to deep left-center field for a solo shot. With two outs in the inning and Alonso standing at first base, Pinder went to the opposite field for a two run home run that, paired with how Manaea was pitching, put the game out of reach.

The Rays got a second run off of Manaea in the sixth inning when Evan Longoria, who had been beating A’s pitching all day long, homered on a good pitch low in the zone for a solo home run that, at the time, pulled the Rays back within one run. But after allowing the home run Manaea retired the next three batters he faced in the sixth, and then returned to pitch the seventh as well. He was forced to navigate around a walk and a single to start his seventh inning, but a double play and easy ground out ended the threat and Manaea’s night. Manaea’s final line was seven innings pitched, six hits, two runs, two walks, and five strike outs. He was relieved by Doolittle in the eighth inning, making his first appearance since his injury, and he pitched a 1-2-3 inning with a strike out.

The A’s set a season high in hits in the opening game of the double header, with sixteen, and they matched that total in tonight’s game, setting an Oakland Athletics’ franchise record for most hits over the course of a double header (with thirty two).

The defense let the team down in the first game today, but as it was mentioned above, the A’s actually fielded a pretty decent (or average) team for the night game, and sure enough the night game was devoid of any and all embarrassing plays and regrettable moments that have haunted this season. The solution to the team’s biggest problem is right in front of us all, and hopefully the front office notices and reacts accordingly.

With a 7-2 victory, the A’s split the double header but can comfortably say that the team outplayed the Rays in both games. There is a decent team buried deep down in Oakland somewhere, and as more Brugman’s and Pinder’s are given a chance to succeed, that decent team could surface soon.