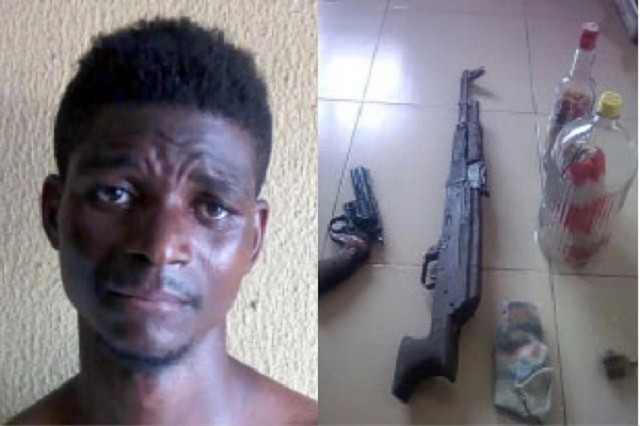 Operatives of the ACP Abba Kyari-led Intelligence Response Team, in conjunction with officers of the Lagos State Command, have apprehended a notorious kidnap mastermind, Chukwudidumeme Onuamadike, aka Evans.

Evans, who was said to have coordinated several kidnappings in Lagos and Ogun states, was nabbed in his Magodo mansion on Saturday.

He was arrested around 1pm after continuous shootings in Magodo.

An officer said, “Evans is the most notorious high profile kidnapper in the history of Nigeria. He has collected billions of naira as ransom over the last seven years as the kingpin of kidnappers. He was arrested today (Saturday) in his Magodo mansion, Lagos.

“Evans, 36, is a native of Nnewi North Local Government Area of Anambra State. He kept his victims for six to seven months in captivity until when the families paid about N400m ransoms in installments before the victims were released.

“Several wealthy Nigerians living in Festac and Amuwo Odofin areas of Lagos relocated to Ikoyi, Lekki and Victoria Island and left their mansions empty because of Evans. He also has kidnap gangs that operate in Port Harcourt (Rivers State), Bayelsa and Delta states.”

The Force Public Relations Officer, CSP Mashood Jimoh, who confirmed the arrest, stated that six gang members of the suspect were also apprehended, adding that they would be paraded soon.

“He was arrested in a joint operation led by IRT under the supervision of the Lagos CP. He was the brains behind kidnappings in the South-West and other regions. Very soon the pupils will be freed. Six of his gang members were also arrested after an intense gun battle,” Jimoh stated.

Competent sources told SUNDAY PUNCH that N13m ransom was paid to the kidnappers after two weeks of intense negotiation.

One of the sources said, “The kidnappers have received N13m. All things being equal, the children should be released today (Sunday). That is the promise made by those people (the kidnappers). Let us hope they would not renege on their promise.”

The Lagos State Police Public Relations Officer, ASP Olarinde Famous-Cole, said the command was not aware of the payment of a ransom.