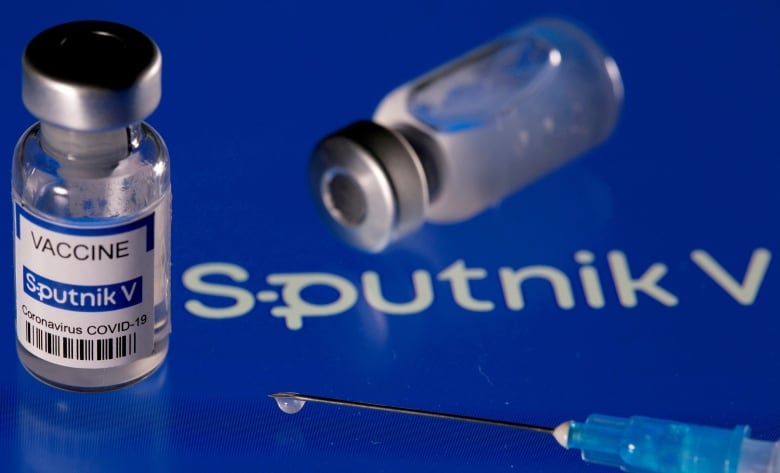 At Toronto General Hospital’s intensive care unit, Denis Varaka nursed the sickest COVID-19 patients back to health during the height of the pandemic. But he now fears he will lose his job because he received two shots of the wrong vaccine.

The registered nurse is fully vaccinated — but with two doses of Russia’s Sputnik V.

Russia’s vaccine has been administered to millions of people worldwide but has yet to be officially approved by the World Health Organization (WHO) or Health Canada.

Toronto’s University Health Network (UHN), which includes Toronto General Hospital, has mandated that all employees be fully vaccinated, but Varaka said he’s been told by his employer that his two doses don’t count.

“I was shocked,” said Varaka, 43, when he first realized a few weeks ago he might lose his nursing position.

“I did not believe it’s happening.”

For Varaka, a cancer survivor, the only solution to keep his job appears to be quickly getting two more doses of an approved vaccine. But he’s wary of the health implications of doing that so soon, he said.

Many other international students and workers who have been vaccinated overseas could find themselves having to make similarly difficult choices as various vaccine mandates are introduced at workplaces and institutions across the country.

In the case of Toronto’s UHN, for example, the teaching organization typically hosts doctors from all around the world for internships.

‘I thought I was doing a good thing’

The UHN’s vaccine policy was explained in an email to employees in late August, Varaka said. To qualify as vaccinated, an employee needs to have received two doses of a vaccine approved by the WHO by Oct. 8.

Without that, the employee would be put on a short leave of absence, with termination to follow if the employee still doesn’t meet the criteria, the email says.

Back in the spring, however, Varaka travelled to Russia to look after his sick father.

At the time, he says, he knew he could get one dose of a COVID-19 vaccine in Canada, but the timeline for the second shot was uncertain, potentially with a delay of months.

That’s why Varaka said he and his roommate and friend, Vlad Bobko, who is also Russian Canadian, decided it was best to get two doses of Sputnik V.

The men were to be in Russia for two months.

“[Prime Minister] Justin Trudeau mentioned the best vaccine is the one that is available … and for us, it was the availability of both vaccine doses,” said Bobko, 45, from their Toronto home.

Varaka said he did a lot of research on vaccines and spoke with a doctor in Russia.

“I thought I was doing a good thing,” he said in an interview.

“Vaccinating myself, and when I come back, I am protecting my patients. But it turned out to be the complete opposite.”

Sputnik V isn’t on the UHN’s “accepted” vaccine list because it has not been approved by Health Canada. Nor has it been authorized for emergency use by the WHO. The global agency has been considering Russia’s application for months.

A spokesperson with the University Health Network said in an emailed statement to the CBC that only vaccines greenlighted by the WHO will be accepted for a person to qualify as “fully vaccinated.”

“We provide care for a great many immunocompromised patients,” the statement said. “This needs to be a place that is as safe as we can make it for our patients and our staff. We are currently at 95 per cent vaccinated and we are aiming for 100 per cent.”

The CBC has made several requests for an interview with a UHN representative. When asked via email whether Varaka would be fired if he failed to meet the vaccination requirements by the deadline, a spokesperson wrote that the UHN doesn’t comment on individual employees.

Varaka said he asked for special consideration: regular COVID-19 testing, or a six-month grace period to keep his job before getting shots of an approved vaccine.

He said the six-month gap was suggested to him by the Gamaleya Institute, the makers of Sputnik, who recommended he give it more time before rolling up his sleeve again.

It has now been three months since he received his second shot in Moscow.

But Varaka said he was told by his employer that immediate revaccination was his only option, and he won’t be able to get an extension.

“I am not against the vaccine policy. I fully support it,” Varaka said.

“I feel I am vaccinated, but whatever is happening now, it’s just complete nonsense to me. I feel very, very sad, and I feel betrayed over this.”

In a statement, the Ontario Nurses Association, which represents Varaka, also indicated it believes Varaka’s options are limited.

When asked by the CBC about the case, the ONA wrote that it “has a duty to represent members under the Ontario Labour Relations Act and that ONA directs members to seek professional medical advice regarding questions related to vaccination and their health.”

The issue of how to deal with Canadians who received vaccinations overseas has been a challenging one for institutions in Canada.

Memorial University of Newfoundland, for example, struck a committee to figure how to handle students and staff who refuse vaccines, as well as incoming international students who may have received shots of vaccine but still don’t meet the university’s criteria for qualifying as vaccinated.

Memorial has a vaccine mandate that requires all students and staff to be fully vaccinated with a WHO-approved vaccine. Students will need to comply by October in order to attend classes on campus.

Rod Russell, a professor of virology and immunology at Memorial, who is part of the committee, said the university has agreed to adopt a vaccine policy that allows for accommodations.

That means, for example, if a staff member refuses to be vaccinated, or received a vaccine that doesn’t meet the standard, they may be given the option to work from home or in an isolated office. A student in a similar situation would be prohibited from attending classes in person but might still be able to live on campus.

Russell expects about 2,000 international students at Memorial this year, many of whom may be affected by the university’s vaccine mandate.

Russell told CBC News the decision to make accommodations tries to find a balance between upholding government regulations while ensuring people don’t get caught out.

“We’ll find another way to monitor them.”

He said some sort of accommodation, such as routine testing, should be an option for people in Varaka’s situation.

Angela Rasmussen, a virologist at the University of Saskatchewan, said the option of revaccination offered to Varaka is “probably safe.”

She said she received two doses of Pfizer in the summer after getting the one-shot Johnson & Johnson vaccine in the U.S. in the spring.

Like Russell, she acknowledges the research on the topic is still limited, but said she feels there is enough evidence out there to suggest mixing vaccines is safe.

Some immunocompromised Canadians are even being encouraged to get a third dose of vaccine to boost their immunity.

WATCH | Tam on those who should consider getting a 3rd dose of vaccine:

Chief Public Health Officer Dr. Theresa Tam says a third dose of a COVID vaccine is recommended for Canadians who are mildly or severely immunocompromised and could help them build stronger immunity to the virus. 2:34

“It’s anecdotal … but people are getting different mix-and-match [vaccines], and I have yet to hear of anyone having serious adverse reactions,” Rasmussen said.

“Vaccine mandates are usually very good, but we aren’t usually faced with this issue where people are getting fully vaccinated and then having to prove vaccination from a country other than where they got vaccinated.”

It’s a downside that some Canadians have faced, as some international jurisdictions have been slow to bless Canada’s own mix-and-match approach to vaccinations.

Rasmussen says in cases like Varaka’s, there should be a process for a medical exemption.

Varaka said he wasn’t given other options when he asked both his employer and his union about his case. After months of treating COVID-19 patients under difficult conditions in the ICU, this is particularly tough to take, he said.

“This is so upsetting. I can’t believe it.”