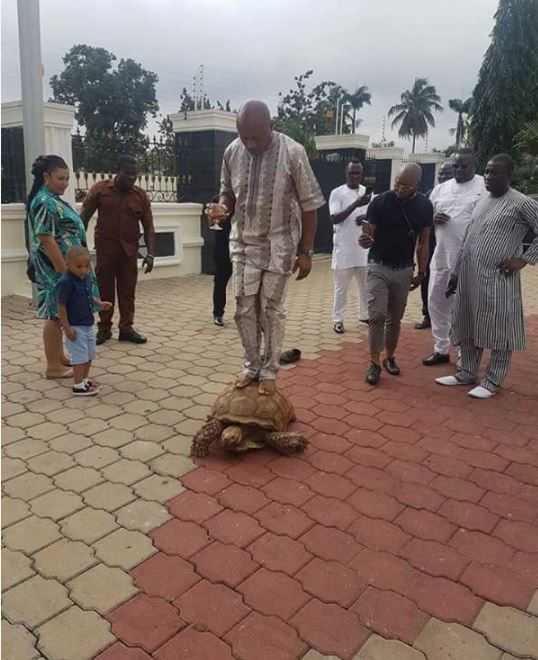 Legendary Yoruba musician, Olasunkami Wasiu Ayinde Marshal who is dubbed the King of Fuji music unveiled his pet, a tortoise to his visitors.

The visitors playing with the tortoise

Wasiu Ayinde, 60 stunned his visitors recently when he showed off a big tortoise that was left wandering around its compound in Lagos, Nigeria

He permitted his visitors to stand of the animal as it moved around. Nigerians on social media who are known to be superstitious have raised eyebrows about the implication of such a pet.

K1 De Ultimate, is a great Nigerian Fuji musician. He is known for introducing the genre to the sounds of keyboards, saxophones and guitars.