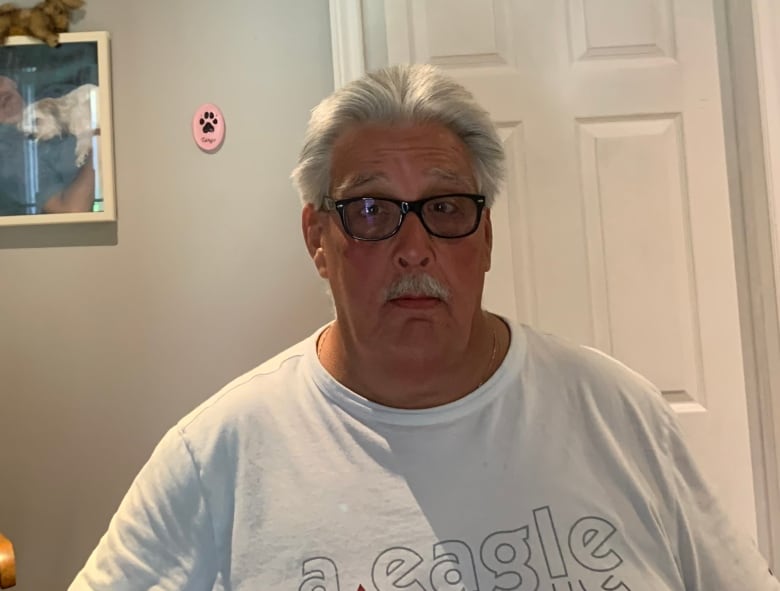 “This is a terrible way to do business,” he said. “How is this even allowed to happen?”

The 62-year-old from Victoria Harbour, Ont., is referring to the fact that unlike other large Canadian airlines, Sunwing is still not offering refunds for flights it cancelled due to the pandemic. Some of those flights were cancelled more than a year ago, leaving many customers in the same frustrating situation as Waddingham.

He and his wife had planned a “once-in-a-lifetime” trip to the Margaritaville resort on Grand Cayman Island for March 2020, but the airline cancelled the flight after Ottawa warned against non-essential international travel.

Sunwing, a low-cost carrier based in Toronto that flies to the Caribbean, Mexico and Central America, has offered travel credit vouchers to affected passengers. But Waddingham said he doesn’t need a voucher; he needs the $3,600 he paid for the trip.

“I want a refund. I’m unemployed. I could use the money,” he said. “I’m shocked that the Better Business Bureau and the federal government is allowing one tour operator to act in this manner.”

Hundreds of Sunwing customers who want refunds are part of a Facebook group called Sunwing Complaints. Many are angry that the airline has still not refunded its customers for flights cancelled because of the pandemic despite accepting federal loans that were contingent on such refunds.

They point out that both Air Canada and Air Transat began issuing refunds as soon as they received hundreds of millions of dollars from Ottawa in April. But Sunwing is sticking to its credit-voucher-only policy despite having accepted a $375-million financing deal from Ottawa in February.

Like several other large Canadian employers, such as GoodLife Fitness, Gateway Casinos, Air Canada and Air Transat, the company was able to secure a loan through a special pandemic-related program called the large employer emergency financing facility (LEEFF).

Sunwing did not reply to the CBC’s email and telephone requests for comment.

Jillian Wilson, 30, of Stratford, Ont., isn’t impressed with the airline.

“To hear that they’ve gotten a government fund or bailout and are still refusing to give refunds is very, very disappointing,” she said.

She and her partner were married by a justice of the peace in February 2020 and planned to celebrate with friends and family at a beach wedding ceremony in the Dominican Republic a month later. They estimate their group of 40 guests is out of pocket about $70,000 altogether because their flights were cancelled.

“My husband likes to call it an interest-free loan to Sunwing,” she said.

Wilson is as baffled as many other customers about why the airline hasn’t followed Air Canada and Air Transat in refunding customers for flights cancelled due to COVID-19.

Special loans for the other airlines

There is a difference, however, between the federal aid Air Canada and Air Transat have received and what Sunwing has negotiated so far. The other airlines arranged additional loans from the government specifically to fund passenger refunds, on top of their LEEFF loans.

However, the government says it actually imposed conditions on Sunwing’s LEEFF loan: the airline had to agree to set aside the money it had received from customers for tickets to ensure they could eventually be refunded. No timeline was set for paying customers back.

A statement sent to CBC News from the office of Finance Minister Chrystia Freeland says, “As part of the LEEFF loan that Sunwing received in February 2021, Sunwing committed to refunding its customers for pandemic-related cancellations.”

The email sent by press secretary Katherine Cuplinskas also says, “As an industry-wide refund process is now in place, the federal government fully expects Sunwing to uphold its commitment to refund customers and conversations continue with the airline to ensure this happens.”

Asked why it’s taking so long for customers to receive those refunds, especially since Sunwing was told to set the money aside, Cuplinskas said that’s a question for the airline.

The delay could be due in part to the fact Sunwing and the government are currently negotiating a separate refund loan.

The expectation is the airlines will start repaying the loans once travel picks up after the pandemic is under control.

Ian Jack, vice-president of public affairs with the Canadian Automobile Association (CAA), a retail leisure travel vendor, said the situation with Sunwing is unfair to customers.

“Arguably, Sunwing has had a bit of a double benefit here. They’ve got the government loans and they’ve got all that customers’ money,” said Jack, who serves as a consumer advocate for issues related to transportation.

He also acknowledges that Sunwing, like all airlines, is in a tough spot.

“Nobody would want to be trying to run an airline these days,” he said. “And certainly over the past year or so, we have to have some sympathy for a carrier that’s just been sideswiped and almost had its business shut down.”

Even so, he said, Sunwing customers have had to wait far too long for refunds.

“It’s really unconscionable how long this has taken. It’s been over a year now since the skies were originally shut down due to COVID. The government needs to revisit this with Sunwing and say to them, ‘Look, get the money flowing.'”

Glenn Waddingham is nervous about whether that will happen.

“My fear is that Sunwing is going to go bankrupt and then we’re going to be part of their debtors and we’re getting nothing.”