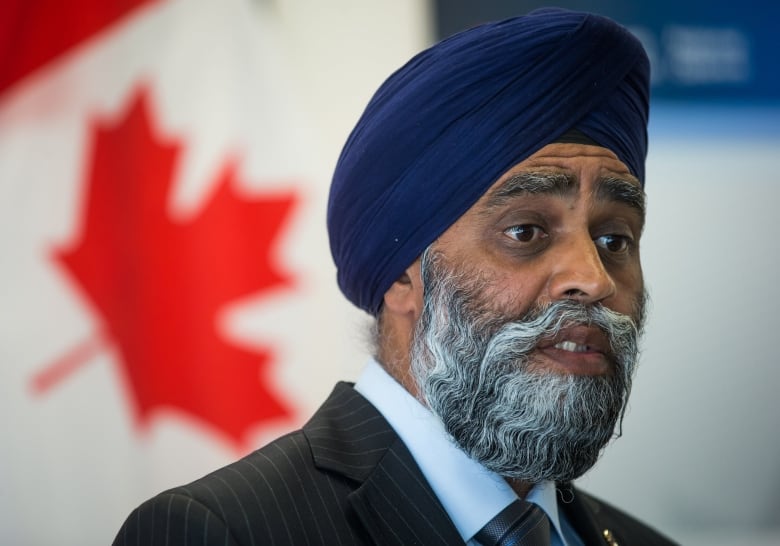 The major-general leading Canada’s vaccine logistics at the Public Health Agency of Canada (PHAC) is stepping down under the cloud of a military investigation into a sexual misconduct allegation.

The Department of National Defence issued a terse three-line statement late Friday, saying that Maj.-Gen. Dany Fortin is leaving his post and his future will be decided by the acting chief of the defence staff.

Neither the military, nor the department would say what kind of investigation has been launched, whether it involves military police, or if it is some other kind of internal review.

CBC News has confirmed the investigation involves an allegation of sexual misconduct that predates 2015 and the military’s now defunct campaign, Operation Honour, which was intended to stamp out inappropriate behaviour. Three separate confidential sources, who were not authorized to speak publicly because of the sensitivity of the file, described it as an older claim, but declined to be more specific. The Globe and Mail was the first to report the allegation against Fortin was sexual in nature.

His departure came about suddenly.

As late as Friday morning, Fortin was listed as being seconded to the public health agency on a defence department statement involving the assignments of general officers.

A well-regarded combat veteran of Afghanistan and former commander of the NATO mission in Iraq, Fortin has been a calm, reassuring figure at PHAC’s briefings since then, providing updates on the effort to distribute vaccines across the country.

In an interview with CBC Radio’s The Current last March, he spoke forcefully about the unfolding allegations of misconduct.

“This type of behaviour is completely unacceptable,” Fortin said.

It is unclear how Fortin’s departure will affect the vaccine distribution campaign.

He was at the centre of a new military-supported hub within PHAC — the National Operations Centre — that was built to help co-ordinate the deployment of millions of vaccine doses over the coming months.

Defence Minister Harjit Sajjan, in a statement late Friday, tried to reassure the public that the drive to get vaccines into the country will not be interrupted by the general’s absence.

“We remain focused on deploying the millions of vaccines that arrive in Canada every week,” Sajjan said.

“The men and women of the Canadian Armed Forces will continue to support the deployment of vaccines, as well as the rest of the government response to COVID-19 across Canada. As an investigation is underway, I will have no further comments at this time. “

The news is another sharp blow to the military, which is reeling under the weight of a string of high-profile sexual misconduct cases.

Allegations of inappropriate behaviour were levelled against the country’s former top commander, retired general Jonathan Vance, two weeks after his retirement last winter. Weeks later, his successor, Admiral Art McDonald voluntarily stepped aside after it was revealed he was under military police investigation over an allegation of sexual misconduct.

The military’s former head of personnel, Vice-Admiral Hayden Edmundson, was permanently replaced on Friday and is under a pending investigation after a three decade-old allegation of sexual assault was levelled against him.

The country’s former military operations commander, Lt.-Gen. Christopher Coates, is retiring after a published report in Postmedia revealed he had an affair with a U.S. defence department civilian while serving as deputy commander of NORAD.

Maj.-Gen. Peter Dawe, the former commander of special forces, was put on paid leave after writing a letter of support for a soldier convicted of sexual assault. Last week, Global News reported that the commander of the military’s intelligence school,  Lt.-Col. Raphaël Guay, had been temporarily removed while an investigation took place.