From Egyptian, his village to best player in England, Salah is a national idol 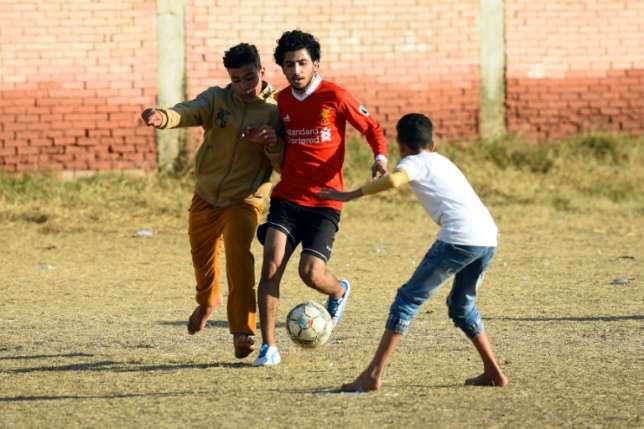 From Egyptian, his village to best player in England, Salah is a national idol

Deep in Egypt’s Nile Delta region, the children of Nagrig village have a clear goal in life: they want to become football stars like Mohamed Salah, England’s top scorer and Africa’s top player.

Deep in Egypt’s Nile Delta region, the children of Nagrig village have a clear goal in life: they want to become football stars like Mohamed Salah, England’s top scorer and Africa’s top player.

Salah, who hails from their village, has been a Premier League sensation since joining Liverpool — setting a new Premier League score in a 38-game campaign with 32 goals.

The Premier League’s top scorer this season, Salah, 25, grabbed the Golden Boot, and has won the Professional Footballers’ Association Player of the Year voted for by his fellow players.

But a shoulder injury sustained in the Champions League final loss to Real Madrid has left Egyptians praying their star forward will be fit for the country’s first World Cup appearance in 28 years.

Salah cemented his status as a national hero with his prominent role in qualifying and the team’s coach, Argentinian Hector Cuper, said the Pharaohs are banking on him in Russia.

“The first is his personal performance and the goals he can score, and the second is that his presence provides the team an opportunity because the opposing teams assign players to monitor Salah… With Salah on the pitch, the other teams will be as if they’re missing players,” explains Ayoub.

Aware that his success has become an inspiration for children in Egypt and Africa, Salah addressed them in his acceptance speech when he won the African player of the year accolade in January, telling them: “Never stop dreaming, never stop believing.”

In Nagrig as well as in Basyoun, the closest town, the youth centres were renamed after the Egyptian star.

While the house of the player’s father, Salah Ghali, resembles others in the village, it was quieter: no-one was looking out of an open window, and no clothes hung from the house.

The village has been the focus of huge media interest as Salah has risen to stardom, but family members at his house in Nagrig refused to talk to reporters “out of respect for his wishes”.

Salah’s journey, figuratively as well as literally, was anything but easy.

“His talent clearly showed from the beginning,” said Ghamri Abdel-Hameed el-Saadani, who was the juniors coach at the Nagrig Youth Centre, where Salah started training at the age of eight.

play An boy stands near the school where Mohamed Salah studied in Nagrig, about 120 kilometres northwest of Cairo

Still, Salah’s success is not just due to his talent, “it’s also a product of a will of steel, effort, and determination”, said Saadani.

The mayor of the village, Maher Shateyya, a family friend, bursts with pride when he talks about Nagrig’s most famous son.

“Mohamed was only 14 when he joined the Arab Contractors club in Cairo, and he had to spend nearly 10 hours a day in transport to make it to and from practice,” said Shateyya of Salah’s “journey of torment”.

Nagrig to Basyoun, then to Tanta city, the capital of Al-Gharbiya province, then a bus to downtown Cairo, and a final ride to the Nasr City neighbourhood where the club is located.

Salah grew up in a sporty family, with his father and two uncles having played football at the youth club in Nagrig.

“In the beginning, Salah played with the team in Basyoun town, then he moved to Tanta city before he was taken by the Arab Contractors team.”

Starting in the under-15s, Salah spent five years there before his talent earned him a move abroad to Swiss club Basel.

From Basel, Salah moved to Chelsea but failed to break into the first team. He went to Italy where eye-catching performances for Roma caught Liverpool’s attention and he signed last year in a deal that could eventually be worth 44 million pounds (49.5 million euros, $60.8 million).

Salah was raised in a traditional family where both his parents had government jobs. In addition to his government role, Salah’s father also traded in Jasmine flowers, Nagrig’s main harvest exported for perfume production.

Salah married Magi, a fellow Nagrig resident, when he was 20, and she has given birth to a girl they named Makka, the Saudi Arabian city that is home to Islam’s holiest site.

The Liverpool winger still spends his annual leave with his wife and daughter in Nagrig, where he has never forgotten his roots.

Among his donations is money used to build an intensive care unit at Basyoun Central Hospital, said Saadani.

“He is very modest… eight-year-old Mohamed is the same Mohamed (as he is now), Africa’s top player.”