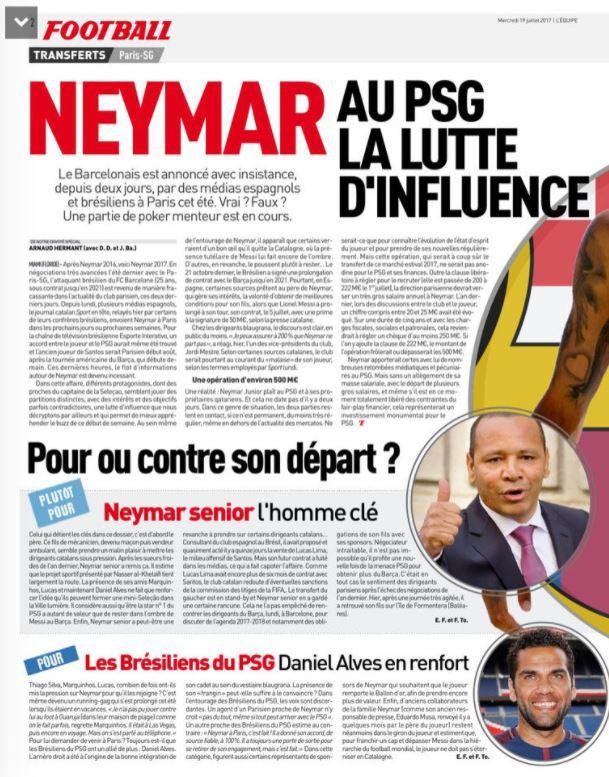 French Budget Minister Gerald Darmanin on Thursday said he would be “delighted” at the prospect of Neymar paying tax in France after his expected record-busting transfer to Paris Saint-Germain (PSG).

“If in fact Neymar does come to a French club, the budget minister will be delighted at the tax that he will be able to pay in France,” Darmanin said on France Inter radio.

“It’s better for this player to pay his tax in France rather than pay it elsewhere,” Darmanin said.

Neymar was expected to arrive in Paris on Thursday to finalise his world-record 222-million-euro transfer ($260 million) from Barcelona to PSG.

His wages will reportedly triple to 30 million euros ($35.5 million) a year.