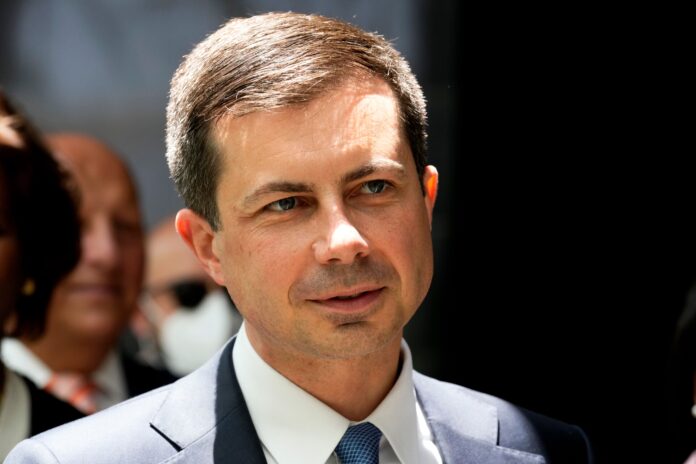 Fox News has blamed U.S. Transportation Secretary Pete Buttigieg ― who is not the CEO of Southwest Airlines ― for the airline company’s holiday travel meltdown.

Southwest Airlines has canceled thousands of flights over the past week after a severe winter storm catalyzed an operational crisis that left would-be passengers stranded during one of the busiest travel periods of the year. While all U.S. airlines made cancellations en masse earlier this week due to extreme weather, most were able to resume normal operations after the conditions cleared up ― while Southwest’s cancellation rate has gotten worse.

On the conservative network’s “Ingraham Angle” Wednesday, a chyron declared that Buttigieg, the former mayor of South Bend, Indiana, was to blame. It read: “Mayor Pete Leaves Southwest Customers Stranded.

The segment criticized Buttigieg over his response to the fiasco. The transportation secretary on Wednesday pledged that his office would place intense pressure on Southwest to compensate affected customers, not just for flights but for accommodation, ground transportation, meals and other expenses incurred due to the breakdown. He said he had spoken to Southwest Airlines CEO Bob Jordan and was prepared to pursue fines against the company should it fail to meet its legal obligations.

“I made clear that our department will be holding them accountable for their responsibilities to customers, both to get them through this situation and to make sure that this can’t happen again,” he said on CNN.

“Oooh, Mayor Pete’s gonna hold them accountable,” he said, as the chyron appeared on the screen. “This guy’s actually bragging about making Southwest put customer service commitments in writing.

“Yes, people want to get refunded for the chaos and have their expenses paid, as they should, but that doesn’t help them right now. To hold the airlines accountable, you have to understand the problem. And it’s not clear this administration does,” he said.

Arroyo wasn’t the only Fox News personality to point the finger at Buttigieg Wednesday. Hosts on “The Five” and “Hannity” also dedicated segments to criticizing the transportation secretary, arguing that he took too long to respond to the crisis and isn’t doing enough to mitigate it.