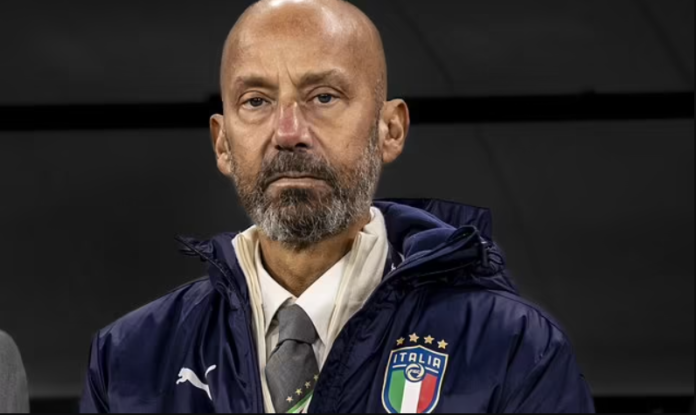 Former Italy, Chelsea and Juventus striker, Gianluca Vialli, has died at the age of 58 following a five-year cancer battle.

He passed away on Thursday night, January 5, surrounded by his family.

‘We thank the many who have supported him over the years with their affection. The memory of him and his example will live forever in our hearts,’ his family wrote in a statement.

He represented Italy in the 1986 and 1990 World Cups, won the Champions League with Juventus in 1996, and gained popularity in England during a short spell at Stamford Bridge.

Vialli would serve as Chelsea’s player-manager and then manager, leading them to the European Cup Winners’ Cup and the League Cup in 1998, plus the FA Cup in 2000.

Following the news, Chelsea tweeted in tribute: ‘You’ll be missed by so many. A legend to us and to all of football. Rest in peace, Gianluca Vialli.’

‘Gianluca’s legend will live on at Stamford Bridge.

‘His impact as a player, a coach and most importantly as a person, will be forever written across our club’s history. We send our heartfelt and deepest condolences to his family and friends.’

Italy Prime Minister Giorgia Meloni wrote: ‘We won’t forget your goals, your legendary bicycle kicks, the joy and emotion you gave the whole nation in that embrace with Mancini after the European Championship victory.

‘But we will not forget above all the man. To God Gianluca Vialli, the Lion King on the pitch and in life.’

On December 14 he had to step away from the role due to the aggressive return of cancer.

In his final public statement, he said he hoped his absence from the national team was ‘temporary’.

‘At the end of a long and difficult ‘negotiation’ with my wonderful team of oncologists I have decided to suspend, I hope temporarily, my present and future professional commitments,’ he said.

‘The goal is to use all the psycho-physical energies to help my body overcome this phase of the disease, so that I will be able as soon as possible to face new adventures and share them with all of you.’

Vialli was diagnosed with the illness for a second time in 2021, having been given the all-clear in April 2020 following a 17-month struggle.