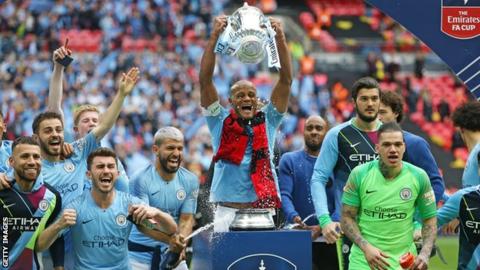 City host Fulham at 13:00 GMT, while Liverpool’s trip to either Bristol City or Shrewsbury kicks off at 17:00.

Leicester City’s match at Championship side Brentford will be live on BBC One on Saturday, 25 January (12:45).

The third-round replay between Tottenham and Middlesbrough (20:05) will be on BBC One on 14 January.

The BBC’s coverage of the FA Cup third-round weekend, which culminated with Arsenal’s 1-0 victory over Leeds, reached a television audience of 16 million.