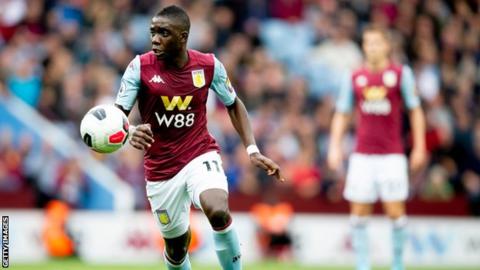 Aston Villa say they are “disgusted and appalled” by footage of supporters singing a racist song which references two first-team players.

The club has asked for other fans to assist in identifying those responsible for the “toxic” behaviour.

Villa have vowed to take action after their supporters’ trust branded the chants “reprehensible” and “a cheap and insulting stereotype”.

“The club wholly condemns the chant,” a club statement said.

Footage was posted on social media of a small number of fans singing a song in the concourse area of Carrow Road on Saturday as Villa beat Norwich 5-1, which referenced Zimbabwe midfielder Marvelous Nakamba and Scotland midfielder John McGinn.

“Any perpetrators will be dealt with in the strongest manner and be reported to the police immediately,” Villa added.

The statement added that security staff would “remain vigilant” at upcoming games in a bid to avoid a repeat of the chanting.