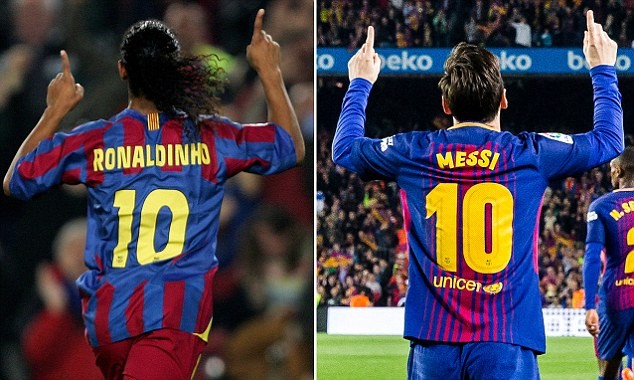 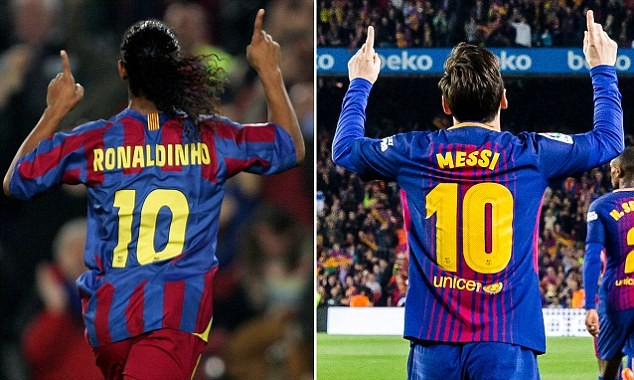 Messi took the No 10 shirt when Ronaldinho who also made a mark and won several trophies at the Club before leaving to join AC Milan in 2008. Ever since the Argentine took over the special number he has continued to hit new heights with the star being hailed as one of the greatest players of all time.

As reported by The Sun, Ronaldinho: ‘When Messi retires, which I hope will be a long time from now, they should leave the No 10 there so that nobody can touch it again.

According to the Brazilian, Messi is Barcelona’s best ever player and he believes the attacker whose current deal at the Nou Camp runs until the summer of 2021, will continue playing for many years to come.

‘He is the best in the club’s history and has done what no one else could.

I hope it stays that way for another 20 years at least. For anyone who loves football, we would like keep him at this level for many more years.’

Other notable stars to wear the No 10 shirt for Barcelona include Rivaldo, Romario and Pep Guardiola.

Being with you gives me visible hope – D’banj tells wife, Lineo Didi Kilgrow, shares new photos as he celebrates her birthday

Prince Charles recovers from coronavirus and is out of self-isolation

Nigeria now tracing 6,000 contacts after testing over 2,000 people for coronavirus

“Isolation Is Getting Tough For Me” – Actress Yvonne Jegede Cries Out