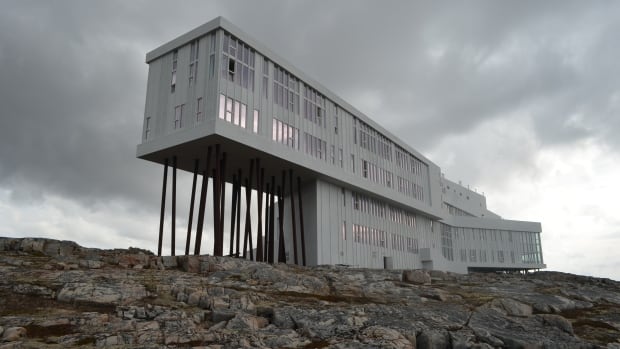 The government of Newfoundland and Labrador has been brought in to mediate a tax dispute between a high-end hotel and the Town of Fogo Island.

Shorefast, the operator of the Fogo Island Inn and a major employer on the island, refuses to pay a portion of its municipal tax bill from the first 16 months of the pandemic.

“The portion of our bill that we are disputing is the $57,000 in business taxes (2020 through June 2021) when the inn was forcibly closed due to the government-imposed travel ban that cuts us off from our guests, 96 per cent of which come from outside Atlantic Canada,” reads a letter sent to Fogo Island residents this week.

“During our 16 months of closure, however, the inn and Shorefast took on millions of dollars in debt so that we could emerge from the pandemic in good standing, bring our whole team back to work, and resume operations.”

The letter from Shorefast states that in December 2020, the Town of Fogo Island offered to waive business taxes for businesses that remained closed the entire year due to the pandemic.

“Shorefast applied, on the grounds that the inn was open a mere 38 days at the beginning of 2020 during the lowest part of our season and ended the year in a position of significant financial loss, but the request was denied,” it states.

Fogo Island Mayor Andrew Shea told CBC/Radio-Canada the town considered shutting off the hotel’s water supply because of the outstanding tax bill, but eventually decided against it.

“It was in the process, but we didn’t do it,” said Shea on Friday, before declining any further comment.

Radio-Canada obtained a copy of the Shorefast letter Friday. The town’s chief administrative officer, Pauline Payne, declined an interview but confirmed that the Department of Municipal Affairs is mediating the dispute.

Agreement reached on $200K in others taxes, fees

Shorefast and the town previously agreed to a 15-month payment plan for around $200,000 in “undisputed” property taxes and water and sewer fees due since the beginning of the pandemic, according to the company’s letter.

The two-page document, sent to residents to “demonstrate the impact of our work,” says the money the hotel makes after paying its operating costs is reinvested in the community through its charity and economic development work.

Hotel to the stars

The Fogo Island Inn, built by millionaire Zita Cobb, has played host to the rich and famous — including movie stars like Gwyneth Paltrow — since opening in 2013 with a mandate of revitalizing the local economy.

According to the hotel’s website, the cheapest room runs $2,575 per night. The Fogo island Sunrise and Sunset suites come in at $5,075 per night, while the price of the top-tier Flat Earth Suite is available upon request.

Shorefast’s vice-president of operations, Susan Cull, did not respond to email and phone requests to comment on the tax dispute. The company’s letter encourages residents to contact Cull with questions and feedback.

In an emailed statement, the company’s vice-president of marketing Sorya Gaulin said, “The matter is ongoing so we will not be commenting on it beyond the newsletter disseminated earlier this week.”