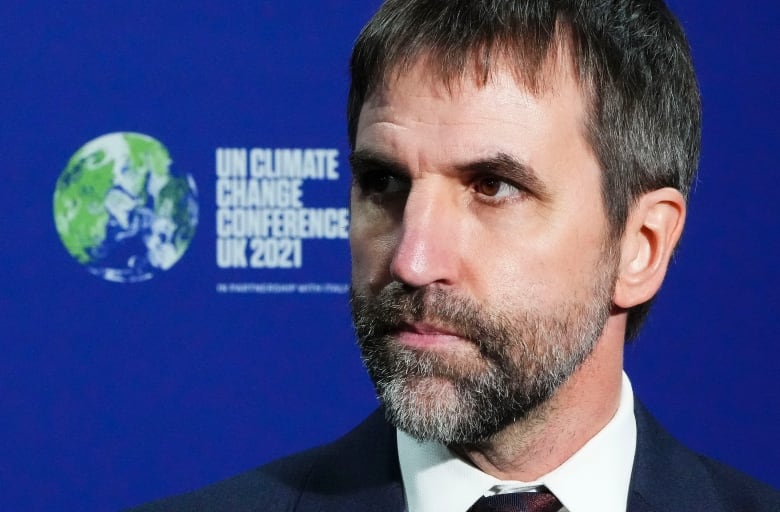 The federal government seemed to go out of its way Wednesday to not make a big deal out of the announcement the Bay du Nord offshore oil megaproject had cleared what may be its biggest hurdle: environmental assessment approval.

That decision was expected last year. Then it was pushed back to March, and then pushed back again to this week.

When made, the decision was certainly not something the Trudeau government trumpeted. There was no major news conference. In fact, the decision was quietly posted online late Wednesday afternoon, although there was already sharp national attention because word leaked a few hours before about the key facts.

Environment and Climate Change Minister Steven Guilbeault paused later in a scrum with reporters on Parliament Hill to confirm the news.

The timing is really important to note: all this played out as late in the working day as possible, on the eve of the annual federal budget. Budget day is a news blizzard the government knew would change the country’s focus, and news agenda.

The names, they are a-changin’

In the days before the feds announced Bay du Nord — a $12-billion project by Norway’s Equinor that could extract an estimated 300 million barrels of oil from deepsea territory — was effectively a go, a few curious things happened, which all seemed to set the table for how politicians are framing a huge, new oil development while simultaneously dealing with the climate change emergency.

The day before, the federal and Newfoundland and Labrador governments took the word “petroleum” out of the name of the regulatory body that has been overseeing the offshore oil industry since 1986. Once the legal niceties are done, the soon-to-be-former C-NLOPB will be known as the Canada-Newfoundland and Labrador Offshore Energy Board, or the C-NLOEB. 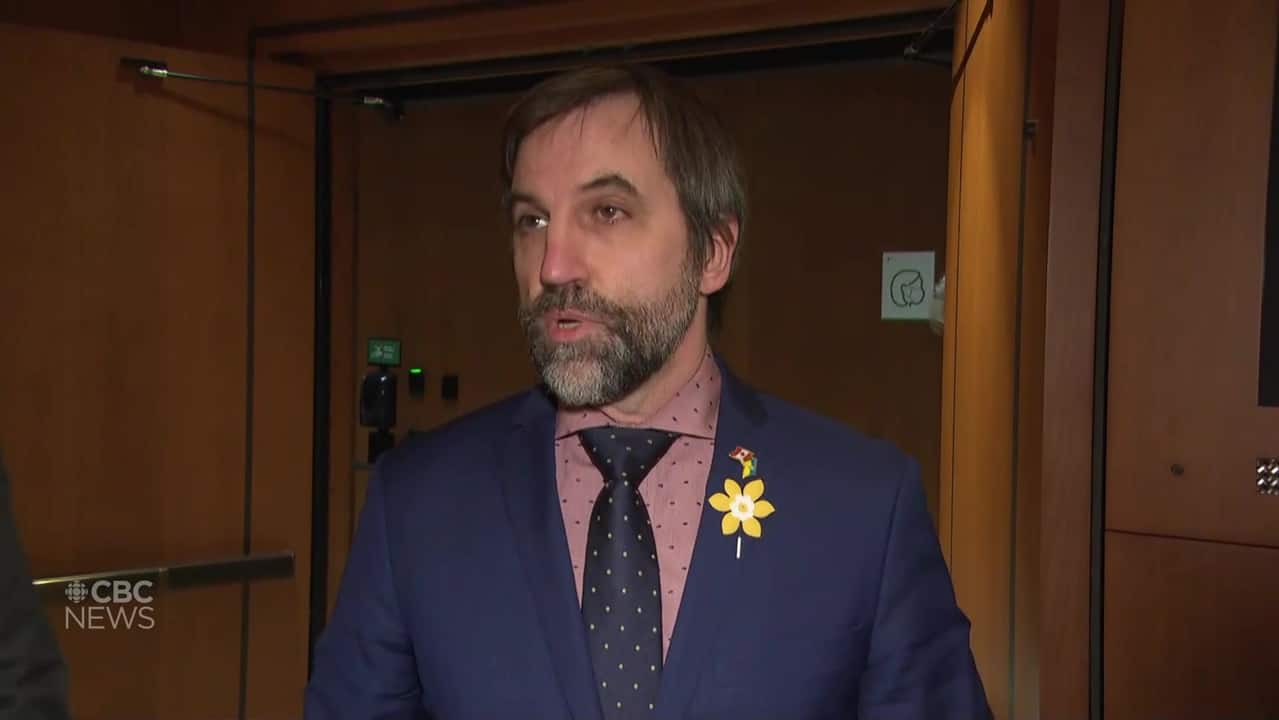 Environment Minister Steven Guilbeault says he’s approved the project on the condition that it reaches net-zero by 2050. 1:48

It’s not just a change of name, but mandate: the board will now be responsible for developing renewable energy offshore. Think offshore wind stations, for instance.

The very same day, the provincial government also decided to lift a long-running moratorium on onshore wind energy. In effect, it’s been illegal for the last 15 years for any private company or citizen to generate electricity with wind, in a province that is renowned (maybe infamous) for its hefty winds.

Change certainly has been in the air in the oil, er, energy industry lately. In March, NOIA (once the Newfoundland and Labrador Oil and Gas Industries Association) changed its name to Energy NL, while also announcing its members were keen to expand into other energy frontiers, including renewables.

Net-zero still a goal for feds

From the perspective of oil development supporters, all of these things would seem to soften the ground for the biggest announcement of all, which was Bay du Nord.

Which was not about renewable energy, just — undeniably — oil.

It was certainly something to see Guilbeault, a former Greenpeace campaigner who scaled the CN Tower in 2001 to protest inaction on climate change, defending Bay du Nord, which will pull oil out of the ground for decades to come.

Guilbeault insisted that Bay du Nord will operate only a host of conditions — 137 of them, including one that the project be net-zero on emissions by 2050.

This is akin to saying … we’re going to add a bunch of kale to our diets so that we’ll be able to continue smoking.– Angela Carter

It was no surprise that environmentalists were furious with the decision, and disappointed that a former activist had signed off on a megaproject in the industry he once fought.

Canada, after all, has been struggling to come even close to its climate change targets. That struggle has been underscored by increasingly dire warnings; in February, the same month that news emerged of a split in cabinet over Bay du Nord, the UN released the bleakest report yet from the Intergovernmental Panel on Climate Change.

It’s small wonder the Trudeau government was trying to figure out a decision on Bay du Nord, and then how to play its cards before the public.

You could see Guilbeault struggling with this after the news came out. While he tweeted several times Thursday about the federal budget and its implications about climate change, he tweeted nothing at all about Bay du Nord. When he did an accountability interview with CBC’s Power and Politics, he said Bay du Nord fits within the government’s overall strategy, although he emphasized goals like ensuring Canadian cars will not use gas by 2035. (He noted that he continues to not own a car himself.) 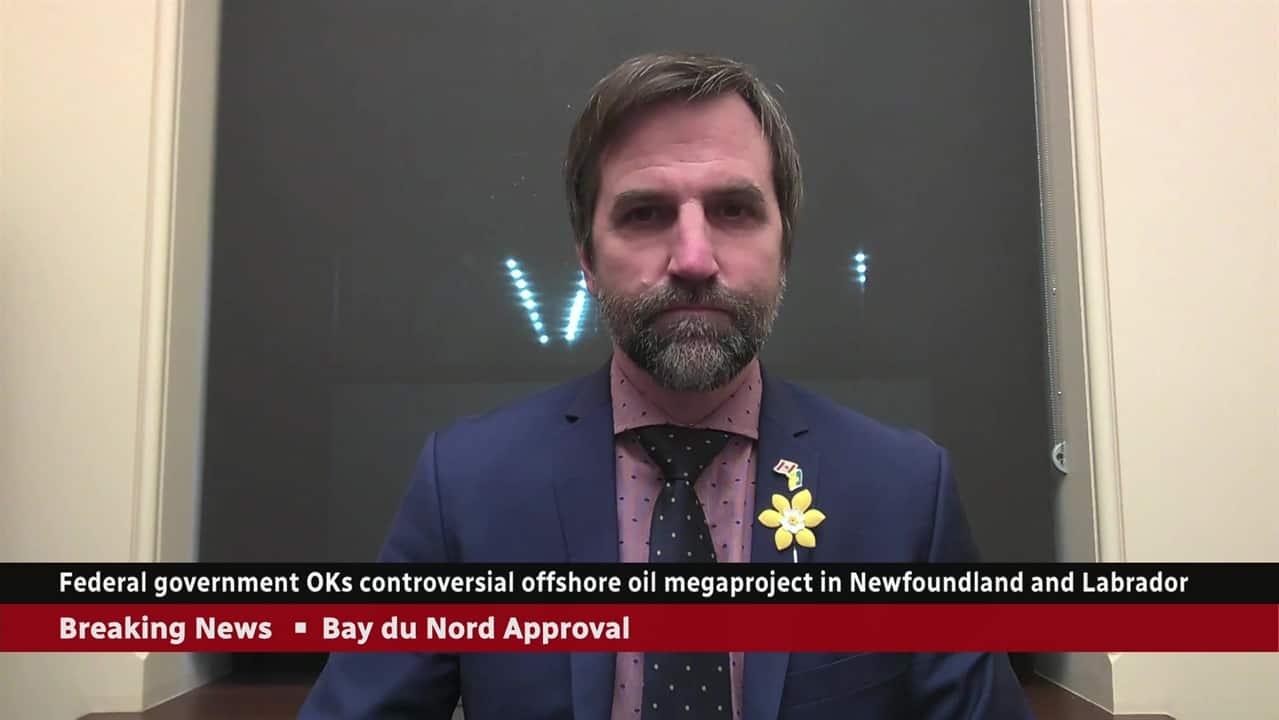 As for the wrath coming his way from green campaigners, Guilbeault said, “I certainly understand why for many environmentalists this project was a symbol.”

Angela Carter, a Newfoundlander who teaches at the University of Waterloo and the author of Fossilized, a scathing book rebuking oil-producing provinces, said the federal government simply cannot have it both ways.

“We can’t make these lofty emission-reduction commitments and expand oil and gas production. Those two things are diametrically opposed,” Carter said in an interview airing this weekend on CBC Radio’s What on Earth. “This is akin to saying … we’re going to add a bunch of kale to our diets so that we’ll be able to continue smoking.”

What On Earth14:33‘It’s a signal we haven’t really changed’: Professor on Bay du Nord deal

Newfoundland’s Angela Carter — an associate professor of political science at the University of Waterloo, and a member of Newfoundland and Labrador’s Netzero Advisory Council — says the federal government can’t make ‘lofty’ emission reduction commitments and expand oil and gas production through the approval of Bay du Nord. 14:33

The messaging from Ottawa and particularly in St. John’s involves words like “transition,” a point Premier Andrew Furey made Wednesday evening in remarks that clearly had not been simply rushed up after the environmental assessment approval went online.

Equinor, you will remember, used to be called Statoil. It changed its name to embrace other energy opportunities — it wants to be a world leader in offshore wind energy, a fact which surely must be noticed at Confederation Building — but it also had some really practical reasons, too.

“A name with ‘oil’ as a component would increasingly be a disadvantage,” Equinor CEO Eldar Saetre said in a 2018 interview with the Reuters news agency.

“None of our competitors has that. It served us really well for 50 years [but] I don’t think it will be the best name for the next 50 years.”

So, you can take the name of an oil company, agency, group or board.

Taking oil out of the economy, however, is a whole other issue, as anyone in the federal cabinet will tell you.