Florida Killings: Radical Islam And The Far Right, Under One Roof 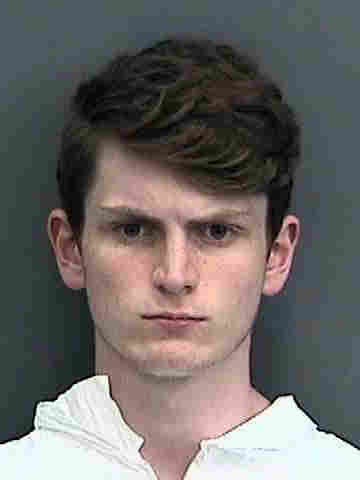 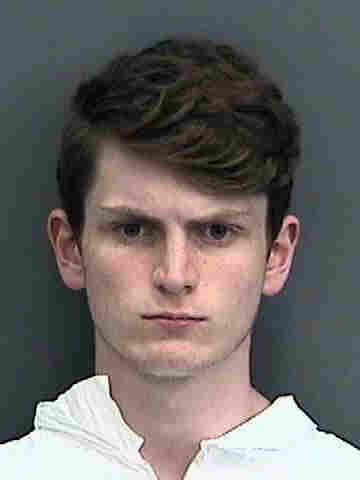 Devon Arthurs, 18, was arrested after leading police to the bodies of his two roommates. He told officers he killed them because they disrespected his recent conversion to Islam. Tampa Police Dept. via AP hide caption

Devon Arthurs, 18, was arrested after leading police to the bodies of his two roommates. He told officers he killed them because they disrespected his recent conversion to Islam.

The Hamptons condo and apartment complex in Tampa is quintessential Florida. Lush and modern, the stucco homes are painted in a soft rainbow of pastels. All around are palm trees, Spanish moss and lily pads.

“It is a very quiet place. You have a lot of children that live here. A lot of professionals live here, retirees,” said resident Michael Colon, 66.

But on May 19, that tranquility was shattered in an improbable case that involves four young roommates at the complex.

Two of the men are dead and the other two are in jail.

The story brings together fundamentalist Islam, neo-Nazis, guns and explosive materials — all under the same roof.

And the investigation has morphed to include Tampa police, the FBI, the ATF, the National Guard, as well as state and federal prosecutors.

From one extreme to another

The case began with a hostage drama.

Devon Arthurs, 18, was holding three people at gunpoint in a strip mall across the street from the Hamptons complex, according to police. Arthurs told police he was angry about U.S. military attacks in Muslim countries.

After 15 minutes, Tampa police persuaded Arthurs to surrender. He then led them to the apartment he shared with three other young men.

Arthurs said all four once held neo-Nazi beliefs (though some family members dispute this claim). But here’s the twist: Arthurs said he had converted to Salafi Islam, an ultra-conservative form of the religion.

He told police he shot dead two of his roommates inside the apartment because they disrespected his new faith.

And the story kept growing stranger.

As the police and Arthurs reached the apartment, a man in military camouflage was sitting outside — and was in tears. He was the fourth roommate, Brandon Russell, 21. He’d just returned from his job as a private in the National Guard and had discovered his two dead roommates inside.

Russell was not involved in the shootings. But as police searched the bedroom of the National Guardsman, they found, on the dresser next to the bed, a framed photo of Timothy McVeigh, the terrorist who blew up a federal office building in Oklahoma City in 1995.

In the garage, police found chemicals that can be used to make explosives. One was ammonium nitrate — which McVeigh used in his bomb that killed 168 people.

Russell said the chemicals were for model rockets, but the FBI described them as too volatile for that purpose.

Under questioning by police, Arthurs said that Russell “loved McVeigh. [Russell] said the only thing McVeigh did wrong was he didn’t put more material inside the truck to bring the whole building down.”

The McVeigh case was one of several in the 1990s that focused attention on extreme right, anti-government groups.

Ever since the al-Qaida attacks on Sept. 11, 2001, that focus has shifted to radical jihadists. Yet both types of extremists remain very active.

“We have a jihadist terrorism problem. But we also have a neo-Nazi, far right-wing terrorism problem,” said Peter Bergen, a national security analyst and vice president of the Washington think tank New America.

According to New America, far-right extremists have carried out more individual attacks in the U.S. since Sept. 11 than have radical Islamists, though the overall death toll in Islamist attacks is higher.

“Most Americans tend to frame terrorism as coming from Muslim, Islamist militants, and that’s fair enough,” Bergen added. “But there are other forms of political violence and we’ve certainly seen a steady number of right-wing, neo-Nazi attacks.” 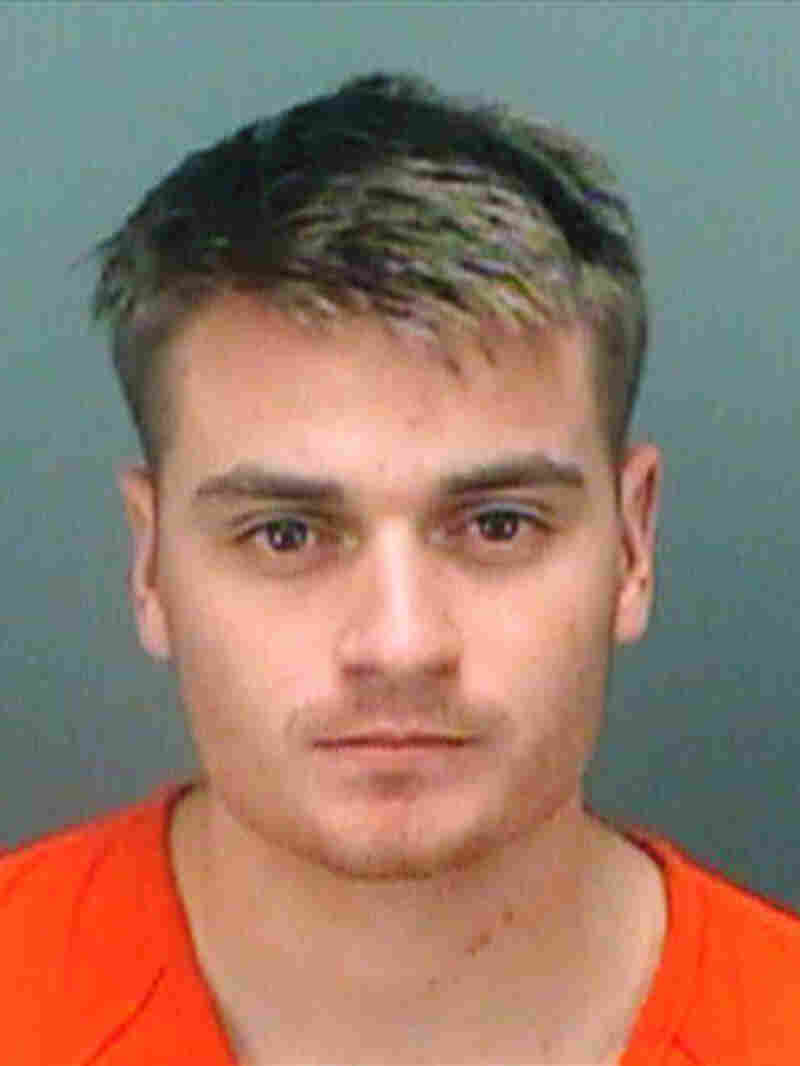 Brandon Russell, 21, a self-proclaimed neo-Nazi, was arrested after law enforcement agents found bomb-making materials in the garage of his Tampa apartment.

In the Tampa killings, accused shooter Devon Arthurs was arrested at the scene on May 19.

Brandon Russell, the National Guardsman, was not detained that day, in part because investigators were still testing the chemicals in the garage.

So Russell drove to the Florida Keys with a friend. Along the way, they stopped at a Bass Pro Shops store to legally purchase two rifles and 500 rounds of ammunition, police said.

Russell was detained May 21 in Key Largo, two days after the shootings in Tampa. A judge initially set bond but reversed himself a few days later, and Russell remains in custody.

Meanwhile, Arthurs told police that Russell is the leader of a neo-Nazi group calling itself Atomwaffen, German for “atomic weapon.”

Arthurs said he, too, was a member before converting to Islam. He said group members spoke about possible attacks on synagogues and power lines. Authorities have not said whether they believe Arthurs’ claim is credible.

The National Guard, meanwhile, said it’s also investigating Russell, but so far has not taken any action against him.

It’s important to note no one in these cases has been charged with terrorism.

Andrew Warren, the Florida state attorney for Tampa, is in charge of prosecuting Arthurs. He declined to discuss the investigation. But he did speak in general terms about potential threats.

“Since 9/11, there’s been an ongoing discussion within the criminal justice community about how to best handle terrorism cases,” Warren said. “Those cases are often best handled as criminal cases.

“There are state laws about terrorism and weapons charges here,” he added. “But depending on the nature of the case, we often check with and then defer to our federal partners here.” 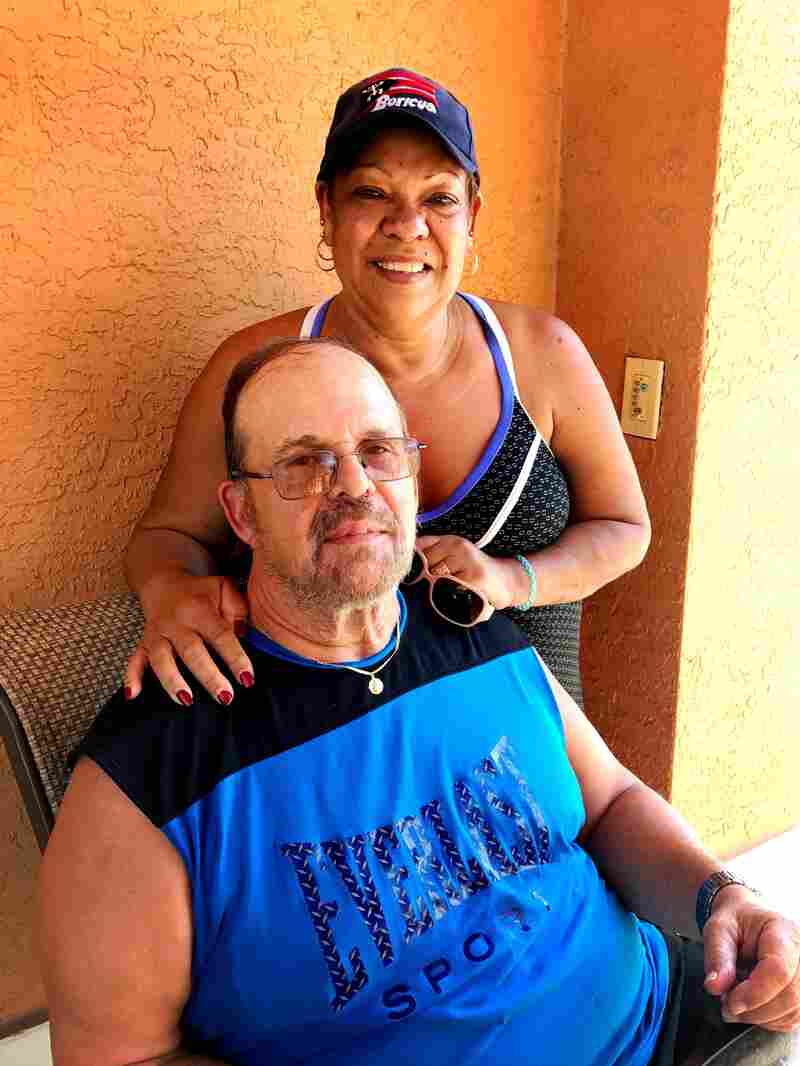 Michael and Shirley Colon recall the day violence shattered the quiet of their Tampa apartment complex.

Back at The Hamptons apartment complex, resident Michael Colon said he wasn’t expecting such drama when he and his wife retired a year ago and moved to Tampa from New York.

“9/11 to me was one thing, that was definitely a terrorist attack,” Colon said.

He conceded that threats can come from anywhere, and noted correctly that most attackers are homegrown.

“If you look at the major things that have happened here lately, it’s not been the outsiders,” Colon said. “I think that what’s happening here is that it has to do with extremism. They worry me more than the guys that ISIS supposedly are actually sending down.”

So where to draw the line between ordinary crime and terrorism? And which threats are the greatest? This is the challenge for law enforcement and national security officials trying to keep the country safe.