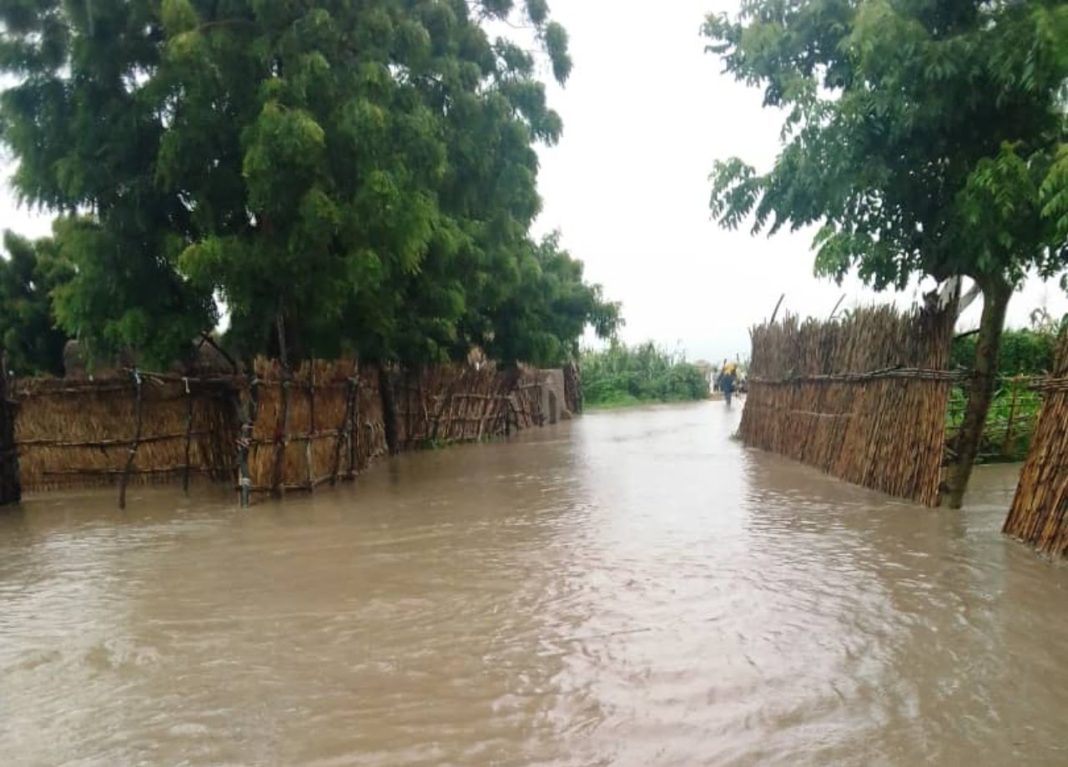 Three people have been killed by flood in three communities in the Gujba Local Government Area of Yobe State following a heavy downpour on Saturday.

The affected communities are Likdir, Buni-Gari, and Kukuwa Tasha where more than 100 households were displaced and are currently taking refuge in public schools and with family relatives.

Dr. Mohammed Goje, the Executive Secretary of Yobe State Emergency Management Agency, (SEMA), disclosed this in Damaturu and also noted that crops and community food reserves were destroyed as a result of the flooding.

The Executive Secretary who visited the affected communities and victims commiserated with them on behalf of the Yobe State Government and assured them of government immediate relief to cushion their hardship.

He further said he has informed the Chairman of the local government council of the need to relocate the victims to upper land areas to avoid more damage as the rainy season is just setting in and the locations have been identified as flood-prone areas.

Goje extended Governor Mai Mala Buni’s deepest condolences to the deceased families and prayed for repose to the departed souls and give their various families the fortitude to bear the irreplaceable loss.