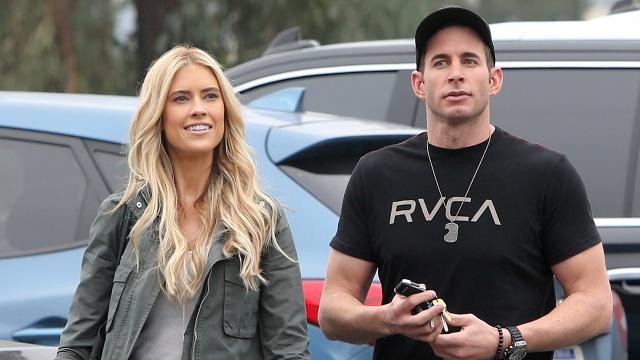 Christina El Moussa and Tarek El Moussa are one step closer to officially getting a divorce.

Eight months after Tarek submitted a divorce petition to the Orange County courts, E! News can confirm his ex has filed her response.

In court documents obtained by E! News, Christina is asking for joint legal and physical custody of their two children. Furthermore, the Flop or Flop star is requesting spousal support and that Tarek pays her attorney fees.

“Christina is glad she is one step closer to putting the divorce behind her,” a source shared with us.

According to documents, Christina lists the date of separation as May 23, 2016. As for the reason behind the split, the reality star cited irreconcilable differences.

Since Tarek initially filed for divorce back in January of this year, the pair has been focused on co-parenting as well as filming new episodes of their hit series Flip or Flop.

Along the way, both have opened up about getting back in the dating world.

While Christina has been spotted getting cozy with businessman Doug Spedding, the proud mom says dating isn’t the biggest urgency.

“It’s a little bit of a scary world out there. Dating is not my priority,” she previously revealed to E! News’ Jason Kennedy. “If I met someone, then that happens. But I’m not really out there looking for that.”

As for Tarek, he’s enjoying his “whole new life” as a bachelor while also taking care of his kids.

“I’ve never really been single before, believe it or not, so it’s a whole new life and I’m having a lot of fun,” Tarek shared with E! News’ Melanie Bromley. “I’m just a free spirit. I’m happy. I love going on dates. I like meeting girls. I’m just enjoying it.”