Wowplus
Home World News Fighting For Justice This 71-year-old Nigerian man claims he was beaten by... 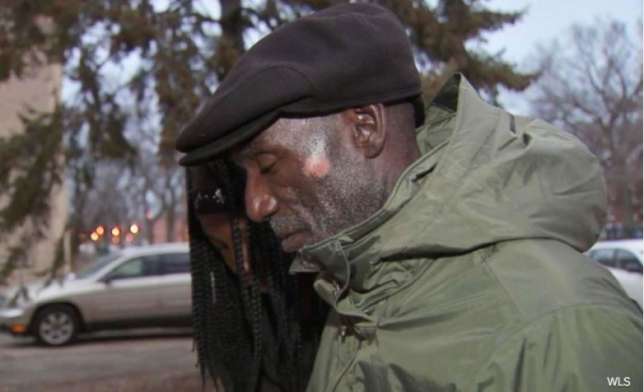 The Nigerian grandfather claims he was punched and had his mouth taped shut for sitting in the wrong seat on a flight to Chicago.

David Ukesone, a 71-year-old grandfather, has claimed that the flight crew aboard his Emirates flight to the US, had punched, restrained him and taped his mouth shut for several hours after he sat in the wrong seat.

David Ukesone was on a flight slated to land in Chicago’s O’Hare airport when a dispute started over whether he was in the wrong seat and ended with him getting assaulted by a flight crew who must have been trained to do better.

ABC News reports that the dispute started after Ukesone left his seat, 30D to use the restroom and returned, mistakenly, to the wrong seat.

Ukesone says he was very confused as he believed he was in the right seat. The situation might have been made worse by the fact that although the father of two speaks and understand English, he has “some difficulty understanding it when it’s spoken by someone who isn’t Nigerian”, as he told ABC News.

“He was asked to move and he wants to take his bag in the overhead compartment with him,” said his attorney Howard Schaffner. “They told him he was in the wrong seat and they laid hands on him to move him and that’s when everything escalated,” he continued.

Ukesone reported that a member of the flight crew hit him in the face, leaving a welt in place of the blow. The 71-year-old also sustained injuries on his wrists and ankles from being forced to move and change seats.

After the spat, Ukesone claims he was left to ride out the rest of the trip without water or food or any form of refreshment.

He was supposedly on the Emirates flight to reunite with his family, after his wife had left 4 months prior while he fought to get a Visa.

play David Ukesone claims he was restrained for the rest of the trip. (ABC)

According to ABC, Ukesone’s family had spent hours waiting for his arrival at the airport. But when he landed, going home was an option.

The injuries were so severe that the he was moved to University of Chicago Medical Center where he stayed for several days getting treatment.

Emirates has since acknowledged that there was an incident on the flight. But their response suggests that Ukesone was a troublemaker who had to be restrained for the safety of the flight.

“Emirates can confirm that a passenger on flight EK235 from Dubai to Chicago on 23 January had to be restrained by cabin crew due to unruly behavior during the flight. The passenger was handed over to the authorities on arrival in Chicago. The safety of our passengers and crew is of the utmost importance and will not be compromised. We would like to take this opportunity to thank the other passengers on the flight for their understanding, in particular, the individuals who had assisted our crew during the flight.”

Schaffner, the man’s lawyer, has since refuted these accusations.

play David Ukesone claims he suffered cuts on his hands after he was tied up for eight hours. (Daily Mail)

Schaffner has also confirmed that the family plans to sue the airline. The success of that action will be based on how much of Ukesone’s side can be proved so the family has urged other passengers to come forward with information.

As absurd as this entire debacle sounds, it is not new.

Last year, a video which went viral on social media showed a distraught passenger being dragged on the floor of a United Airlines flight in a manner best described as inhumane and debasing. His crime was that he had refused to surrender his seats to members of a partner airline.

One day, we will also have the politically-incorrect conversation about how Nigerians and Africans in general are treated in the West.

The first barrier you face when living in Europe and North America is usually the colour of your skin. The next one is where you’re actually from, being from Africa doesn’t win you any points. Even though Ukesone was literate, he claims he had trouble understanding non-Nigerians and their accents.

There is little chance that the guys at the airline considered this and made an effort to communicate with him without escalating a tense situation.

Even in the chance that Ukesone was being difficult, there is nothing that warrants that a passenger is assaulted by airline staff, not less a septuagenarian.

Emirates’ response to the scenario should also be put under intense scrutiny. Rather than suggest it was looking into the situation, the airline wrote down Ukesone’s grudges.

As if that was not insulting enough, it tried to explain the assault of his person as a necessary measure.

It will be interesting to see how this turns out, especially it will be one man’s case on how he was assaulted versus the perceived safety standards of an airline that doesn’t see a problem with beating old Nigerian men and leaving them in the hospital just so they can go to their seats.

What matters is simple; except he is a risk to the life of someone else, there is no real excuse for hitting a 71-year-old on the face.