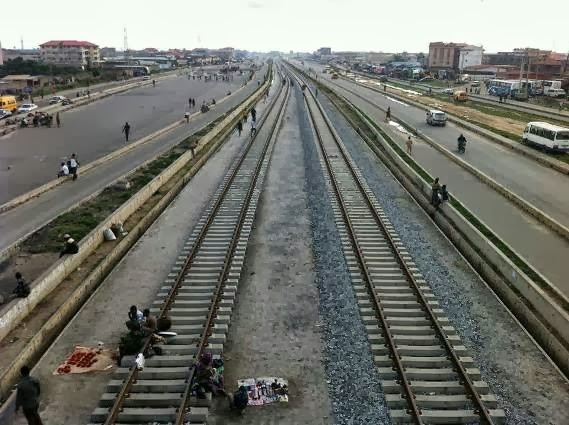 The Minister of Transportation, Mr Rotimi Ameachi, said that Federal Government would ensure the completion of the ongoing Lagos-Ibadan standard gauge rail services by Dec. 2018.

Ameachi gave the assurance on Monday in Lagos while inspecting the ongoing rail projects at Ijoko community area of Ogun State.

The minister said that the Federal Government was making all efforts to ensure the completion of the project as scheduled.

“I have made a personally decisions to come to Lagos to get briefing and update on the ongoing project.

“I have decided to come to the site monthly to put the company handling the project on their toes to ensure quick delivery of the project.

“The government is committed to deliver the projects on time for the benefit of the people at least by December 2018, Lagos-Ibadan standard gauge rail operation should commence,’’ he said.

Ameachi added that the only challenge facing the projects was the bridges across the rail lines.

The minister said that some of the bridges include Oshodi, Ikeja and the newly constructed Ijoko Bridge by Gov. Ibikunle Amosun, of Ogun State.

According to him, various means would be considered to determine the cheaper alternatives of moving the rail across the bridges due to its height and flow levels.

Amosun, earlier in his remarks, commended the Federal Government on the rail project, saying that the development would bring economic development to the various communities within both states.

The governor also hailed the Minister’s efforts of constant inspections to ensure prompt delivery of the projects.

He said that Ogun State Government had constructed about 90 per cent of federal roads within the state, saying that the Federal Government should consider refunding the state for the projects.

“I appealed to the Federal Government to consider the state to refund federal roads projects constructed by the state,’’ he said.