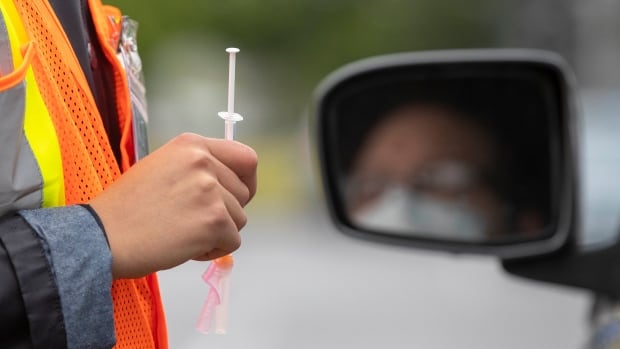 Prime Minister Justin Trudeau unveiled his government’s mandatory vaccine policy today — a mandate that will require public servants to either get their shots by month’s end or be forced into an unpaid leave of absence.

All would-be travellers must also be fully vaccinated by Oct. 30 before boarding planes, trains or marine vessels.

To bolster stalled vaccination rates, the federal government will require all of its employees in the “core public administration” and the RCMP to be fully vaccinated or to apply for a medical or religious exemption by the end of the month.

Federal contractors, like cleaning staff, must also be fully vaccinated to gain access to government buildings. The estimated 267,000 employees covered by this policy must report their vaccination status by Oct. 29.

If employees still haven’t had their shots or received some sort of accommodation under the Canadian Human Rights Act two weeks after that date, they will face “disciplinary action that could ultimately cost them their job,” a senior government official said at a technical briefing with reporters ahead of Trudeau’s announcement.

Unvaccinated employees will be barred from going to work, either in person or remotely, and they will be put on administrative leave and denied pay. A senior official said these employees will not qualify for employment insurance (EI) benefits.

“These travel measures, along with mandatory vaccination for federal employees, are some of the strongest in the world because when it comes to keeping you and your family safe, when it comes to avoiding lockdowns for everyone, this is no time for half measures,” Trudeau said.

The employees who fall under this mandate will not have to produce their proof of vaccination documents. Instead, it essentially relies on an honour system: employees will have to sign an attestation form certifying that they’ve had the necessary shots.

These attestation forms will be audited and managers can ask for proof of vaccination at any time.

“Lying would mean disciplinary measures would be taken. It’s consequential for an employee to lie,” a senior government official said, adding that a false statement would breach the Values and Ethics Code for the Public Sector and could result in termination.

Starting on Oct. 30, all employers in federally regulated air, rail and marine transportation sectors will be required to implement mandatory vaccination policies for their organizations. After a short phase-in period, these companies will be required to guarantee their employees are fully vaccinated; unvaccinated workers would be forced off the job.

All airline and airport staff, including people who work at restaurants or retail stores in the post-security area, must be fully vaccinated. All employees of federally regulated railways, including rail crew and track employees, must have their shots. Marine operators with Canadian vessels must also ensure their workers are vaccinated.

Other Crown corporations — including Canada Post and CBC/Radio Canada — and government entities like the House of Commons and the Senate will be “asked to mirror the same policy but will have to do it under their own governance and authority framework,” an official said.

The acting chief of the defence staff will also soon issue a directive requiring vaccination for members of the Canadian Armed Forces.

As of Oct. 30, all travellers aged 12 and older taking flights leaving Canadian airports or travelling on VIA Rail and Rocky Mountaineer trains must be fully vaccinated before boarding. Marine passengers on non-essential passenger vessels like cruise ships must also complete the vaccination series before travelling.

“For the vast, vast majority of people, the rules are very simple — to travel, you’ve got to be vaccinated,” Trudeau said.

“If you haven’t gotten your shots yet but want to travel this winter, let me be clear, there will only be a few extremely narrow exceptions, like a valid medical condition.”

It will be up to air, rail and marine operators to “establish processes to verify vaccine status,” a government official said, adding the government expects these companies to accept provincial vaccine passports as proof of status. A standardized, pan-Canadian proof of vaccination document for international travel is still in the works, but the details have not yet been announced.

“We’re delivering on the first of our vaccine commitments and in the weeks to come, we’ll get the job done on a vaccine passport for international travel,” Trudeau said.

To qualify as a “fully vaccinated traveller,” a person must have received a full series of a Health Canada-approved COVID-19 vaccine — a combination of approved shots is also acceptable — with the last dose having been administered at least 14 days prior to the day of travel. A government official said that there will be a “short transition phase” to allow travellers to show a negative COVID-19 molecular test result instead of proof of vaccination — up until Nov. 30.

The plan comes as public health authorities are urging vaccine holdouts to get a shot to curb a deadly resurgence of the virus in some provinces. The millions of Canadians who have so far avoided getting a shot have driven a fourth wave of the pandemic, with the much more contagious delta strain of the virus in circulation.

While 88 per cent of the eligible Canadian population has had at least one shot, Trudeau said more people need to roll up their sleeves at a time when vaccine doses are plentiful and case counts are on the rise.

Based on a CBC News estimate, there are still more than four million people over the age of 12 who have chosen to forego a shot altogether, or to wait for a later date.

“Vaccine mandates work,” Deputy Prime Minister Chrystia Freeland said, adding that some of the unvaccinated are not firmly opposed to the shots but simply need a “nudge to get them to take this action.”

There has been a reported uptick in vaccination rates after some provinces announced that proof of vaccination will be required for those entering non-essential businesses, such as bars or restaurants.

“These mandates will push us to a higher enough degree of vaccination so that our economy can continue to be open and our kids can go to school,” Freeland said.