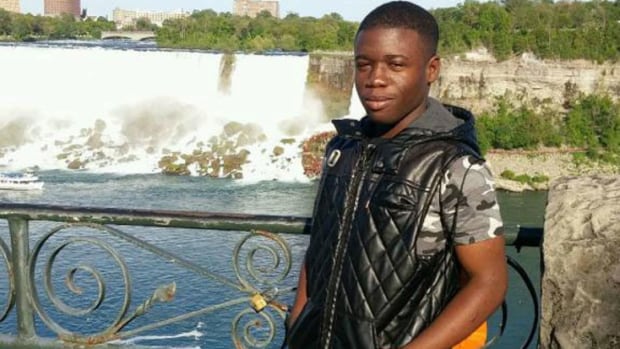 A Toronto teacher was found not guilty in the drowning of a 15-year-old student during a school canoe trip, after a judge ruled Wednesday that his actions weren’t a “marked and substantial departure” from the reasonable standard of care.

Nicholas Mills was charged with criminal negligence causing death in the drowning of Jeremiah Perry.

Mills, a teacher at C.W. Jefferys Collegiate Institute, oversaw the July 2017 trip to Algonquin Provincial Park during which Perry died.

In delivering the verdict, Ontario Superior Court Justice Maureen Forestell said that while Mills made individual decisions that were justifiable under the circumstances, such as allowing weak swimmers to take part in the trip, his conduct “fell below the standard (of care)” when he failed to reassess the risk at the swim site.

She found that failure “brought his conduct to the level of carelessness,” but did not reach the level of “wanton and reckless disregard” required for a criminal conviction, nor did it represent a significant enough departure from the standard of care.

“I do not find that Mr. Mills made a series of unreasonable decisions culminating in the death of Jeremiah,” she said.

Prosecutors alleged during trial that Mills ignored safety rules in planning and carrying out the multi-day excursion, and allowed Perry — who they argued could not swim — to go in the water without a life-jacket.

Defence lawyers, meanwhile, said the Crown has failed to prove beyond a reasonable doubt that Perry couldn’t swim, which they said is necessary to establish negligence. They also argued Mills shouldn’t be held to a higher standard than the “average parent” conducting a similar trip.

Mills testified in his own defence during the trial and acknowledged he did not follow some rules imposed by the Toronto District School Board because he believed them to be impractical or unnecessary. Some of the measures would have made it impossible to carry out the trip at all, he told a virtual court.

The teacher maintained, however, that the safety requirements he imposed went beyond what’s commonly done in the private sector.

The Crown alleged Mills bypassed some rules because he felt he “knew better.”

Court heard the trip was part of an ongoing program for under-served youth, and that students were required to pass a swimming test in order to participate.

Perry failed the test, as did nearly half of the students who took part in the excursion, the court has heard. Several students also wore life-jackets during the assessment, which was against the regulations established for overnight canoe trips.

Students were to be offered alternate outing

Students who failed the swim test were supposed to be given swimming lessons and take part in a second assessment, the court heard. Those who failed a second time were to be offered an alternate outing.

The defence alleged the school knew the test was amended to allow life-jackets, despite testimony from the school’s principal, who denied that was the case.

Mills also testified he believed Perry had passed the mandatory swim test, saying he saw what he thought was a “P” for “pass” next to the teen’s name when he “scanned” the test results.

Perry disappeared in the water at Big Trout Lake on July 4, 2017, and his body was recovered the next day by police divers.