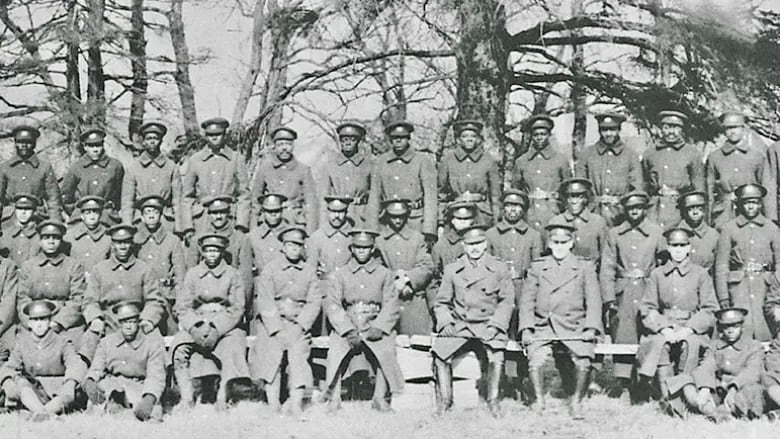 The federal government will formally apologize to descendants and relatives of the men of the No. 2 Construction Battalion Saturday afternoon, 106 years after the formation of the historic battalion that faced anti-Black racism during the First World War.

The Nova Scotia-based battalion was the first military unit in Canada made up of mostly Black personnel. The battalion was primarily used in non-combat situations to clear trees, build roads, and maintain railway tracks.

The event began with a parade at 12:30 p.m. AT and a ceremony to follow at Truro’s Amateur Athletics Club — the same area where the No. 2 Construction Battalion would have trained.

“No words can ever make up for these historical wrongs, and we are committed to learning from this history to building a more inclusive Canadian Armed Forces and to attracting talented people to the military who reflect Canada’s diversity,” Anand told CBC’s Information Morning host Portia Clark on Friday.

Information Morning – NS8:21Canada’s defence minister on national apology to the No. 2 Construction Battalion

Anita Anand will represent the Trudeau government in Truro, at the federal government’s official apology to descendants and members of the No. 2 Construction Battalion. In addition to being the Minister of National Defence, she also grew up in Kentville. Hear her interview.

She said the federal government is implementing diversity and inclusion training within the Canadian Armed Forces, surveys to address harassment and discrimination, and created an anti-racism panel that outlined 13 areas to address discrimination.

“We need to make sure that we are building a Canadian Armed Forces where everyone who puts on a uniform can serve in a safe, respected and protected manner,” Anand said.

“This is a challenge, especially in today’s polarized environment, but it is an issue that we are taking very seriously to make sure that we have an armed forces where equality and non-discrimination and equal treatment writ large characterizes the institution.”

But some anti-racism activists and descendants of battalion members hope the federal government will go beyond a formal apology and take “meaningful action” to do more for Black communities, by improving Black health and wellness, education, and economic and employment opportunities.

Nova Scotia’s Black Cultural Centre, with the federal government, developed a database to help identify members of the battalion and their descendants.

People from Canada, the United States, Barbados and the West Indies with ties to the battalion were expected to travel to Truro.