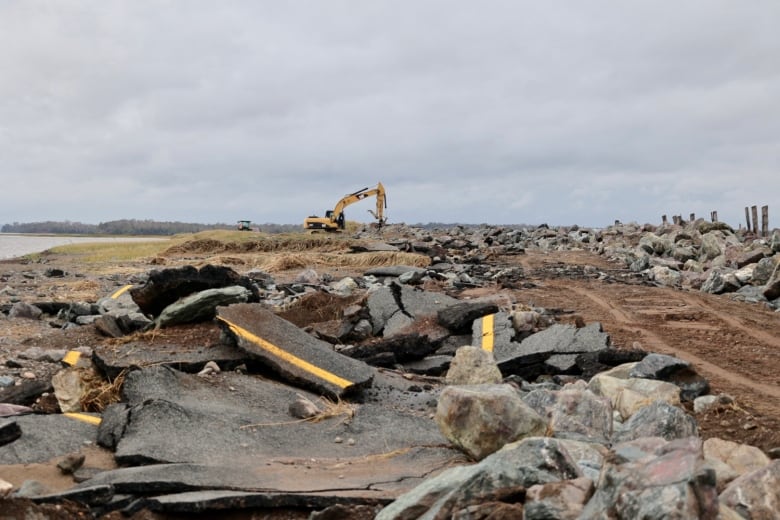 A federal program meant to provide provinces and municipalities with funding for disaster-resilient infrastructure projects is oversubscribed and running out of money years before it’s set to expire.

The government launched the Disaster Mitigation and Adaptation Fund (DMAF) in 2018 with an initial budget of $2 billion over 10 years. It was later topped up in 2021 with an additional $1.3 billion to be spread out over 12 years.

The goal of the program is to make infrastructure more resilient to catastrophic weather events such as post-tropical storm Fiona — events that have been getting more frequent due to climate change.

But as of September, $2.2 billion of the program’s pool of funding had been assigned, according to an Infrastructure Canada spokesperson. The department confirmed it has received more requests for funding than it can pay for with the money in the fund.

Jason Thistlethwaite of the University of Waterloo studies climate change adaptation and risk mitigation. He said the DMAF was a good idea but its funding and execution have left “a lot of communities wanting.”

“Because municipalities rely on such small budgets … they desperately need funding to invest in risk reduction,” he told CBC News.

Ryan Ness of the Canadian Climate Institute said he’d only give the federal government a C grade on its efforts to invest in climate change adaptation to date.

“Funding is really critical at this point,” Ness said. “We’ve demonstrated over and over the costs of not being prepared for these kinds of events and they’re happening ever more frequently in a weather world supercharged by climate change.”

Through the DMAF, the federal government covers up to a maximum of 40 per cent of the cost of a municipal project. The United States’ Hazard Mitigation Grant Program covers up to 75 per cent of costs.

Thistlethwaite says the government should boost its share of costs and make funds more accessible to smaller municipalities that might have fewer resources for managing the application process.

“Communities with the resources or the loudest political voice often end up getting the funding,” he said.

In a statement to CBC News, the Federation of Canadian Municipalities (FCM) said there is a “critical” need to improve smaller communities’ access to this funding.

“There’s much more to be done in order to make communities of all sizes more resilient in the face of destructive storms, wildfires and more,” the statement said.

Asked if Ottawa plans to increase funding and ease access to the DMAF, a spokesperson for Infrastructure Minister Dominic LeBlanc’s office suggested other programs — including a green infrastructure funding stream — are available to address adaptation.

The DMAF “is one piece of the Government of Canada’s work on climate change adaptation,” the spokesperson said in an emailed statement.

The federal government is set to release a national climate adaptation strategy later this fall.

Of the 72 projects approved under the DMAF, only half a dozen are in Atlantic Canada and none at all are in Prince Edward Island — where thousands have been without power for weeks in the wake of Fiona. 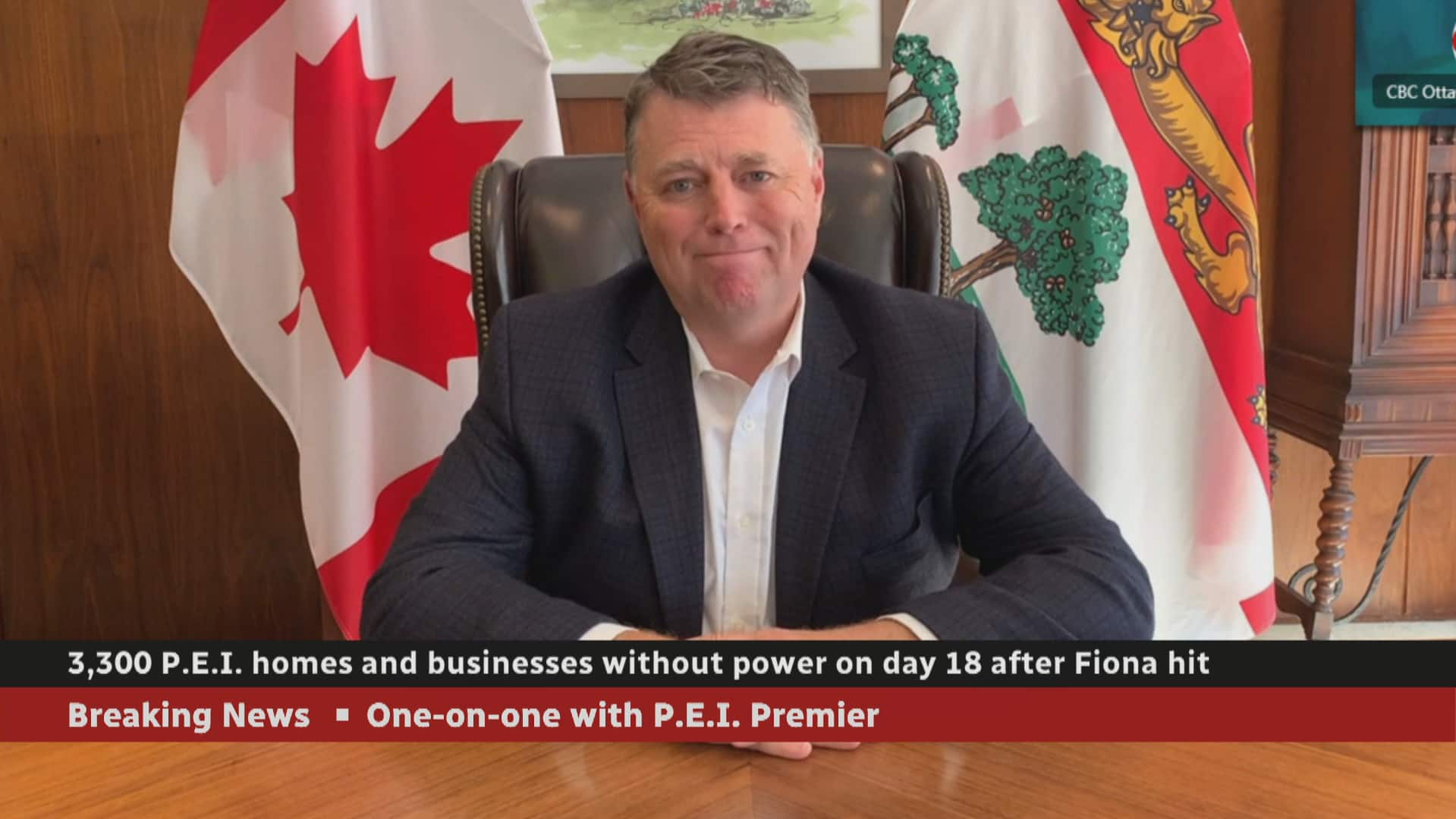 About 3,000 customers still without power in P.E.I

“It’s just the biggest endeavour we’ve ever had to undertake and it’s taking a long time,” says Premier Denny King. He says that the vast majority of customers ‘hopefully’ will have power restored by the end of the week.

Thistlethwaite said DMAF funding could have been used to bury electrical infrastructure to protect it from wind.

“We in Canada spend far more money on recovering from disasters when it’s too late to prevent them,” he said.

The insurance bill from Fiona could be as high as $700 million — but a substantial amount of the damage won’t be covered.

Infrastructure investment could save billions: report

A recent Canadian Climate Institute report estimates that Canada is looking at annual disaster recovery bills of $5 billion by 2025 and $17 billion by 2050.

But the report also suggests that every dollar spent on climate change adaptation could save $5 to $6 in direct damage and generate $6 to $10 in residual economic benefits.

“The backlog is just so great, we’ve got so much catching up to do. There is still a big gap between where we are and where we need to be,” Ness said.

The FCM drafted a list of recommendations for the coming national climate adaptation strategy. It calls for more money for the adaptation fund and a focus on getting more dollars to smaller communities.

Both Ness and Thistlethwaite said that while a national strategy is a good idea, it will need to be backed up with action.

“Unless they’re going to put the money into funding implementation strategies, it’s just another report that’s going to end up on the shelf,” Thistlethwaite said.