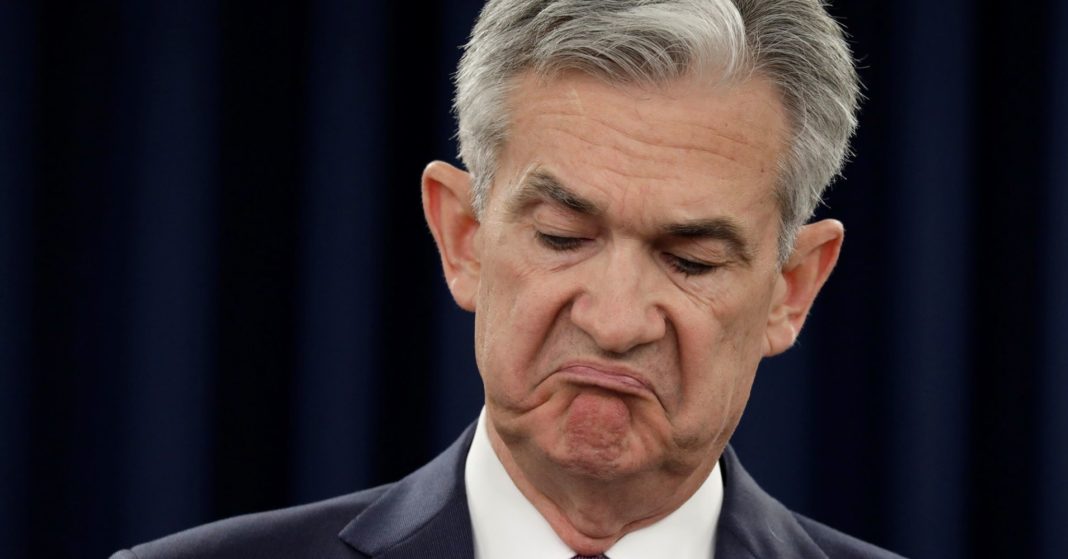 Federal Reserve Chairman Jerome Powell said Wednesday he considers the central bank’s benchmark interest rate to be near a neutral level, an important distinction from remarks he made less than two months ago.

“Interest rates are still low by historical standards, and they remain just below the broad range of estimates of the level that would be neutral for the economy — that is, neither speeding up nor slowing down growth,” Powell told the Economic Club of New York in a speech being closely watched in what has become a volatile financial marketplace.

The chairman’s observation on rates in early October helped set off a rough period on Wall Street, after he said the Fed was “a long way” from neutral. Major averages dipped briefly into a 10 percent correction and worries grew that more rate hikes might meaningfully slow down the strong economic growth of the past two years.

The fed funds rate, which is tied to most forms of consumer debt, currently is in a target range of 2 percent to 2.25 percent. Markets broadly expect another quarter-point hike in December, but there’s been a wide disparity between investors and the Fed on where rates should head in 2019. Traders currently have just one increase priced in, whereas Fed officials in their most recent projections point to three.

In his prepared remarks Wednesday, Powell went straight at the core issue of where he sees rates.

A speech that broadly addressed financial conditions a decade after the financial crisis saw Powell also tackle the neutral question early on.

He made further statements to show that the Federal Open Market Committee, which sets interest rates, does not have a predetermined idea for where rates should be and will be making policy decisions instead on developing economic and financial conditions.

“While FOMC participants’ projections are based on our best assessments of the outlook, there is no preset policy path,” he said. “We will be paying very close attention to what incoming economic and financial data are telling us. As always, our decisions on monetary policy will be designed to keep the economy on track in light of the changing outlook for jobs and inflation.”

Powell also noted that there is a lag for how long it takes for rates to have an impact — a “year or more” in his estimation, an important point that goes to his stress on the importance of getting ahead of an overheating economy.

It’s not only the markets that are nervous about Fed policy.

President Donald Trump has stepped up criticism lately about both the central bank and Powell. Trump has gone beyond criticism of the rate hikes and has even objected to the Fed’s balance sheet unwind, in which it is reducing the size of the bond portfolio it accumulated when trying to stimulate the economy.

Powell did not address the president’s comments, instead focusing on an economy that he said continues to perform well at a growth rate above 3 percent and with inflation contained around the Fed’s 2 percent objective.

“There is a great deal to like about this outlook. But we know that things often turn out to be quite different from even the most careful forecasts,” he said.

He also spoke the same day as the Fed released a report on financial stability that reflected mostly sound conditions regarding the banking system and the strength of the consumer balance sheet, but noted potentially serious problems with elevated levels of corporate debt.

“Information on individual firms reveals that, over the past year, firms with high leverage and interest burdens have been increasing their debt loads the most,” he said. “In addition, other measures of underwriting quality have deteriorated, and leverage multiples have moved up. Some of these highly leveraged borrowers would surely face distress if the economy turned down, leading investors to take higher-than-expected losses–developments that could exacerbate the downturn.”

However, he noted that the dangers posed appear limited to nonfinancial firms and that the threat to the larger system seem limited.

On the stock market, he said current valuations are about normal with long-term levels and that “we do not see dangerous excesses in” equities.

Instead, he identified higher-risk corporate debt and commercial real estate as high relative to history.

“My own assessment is that, while risks are above normal in some areas and below normal in others, overall financial stability vulnerabilities are at a moderate level,” he said.