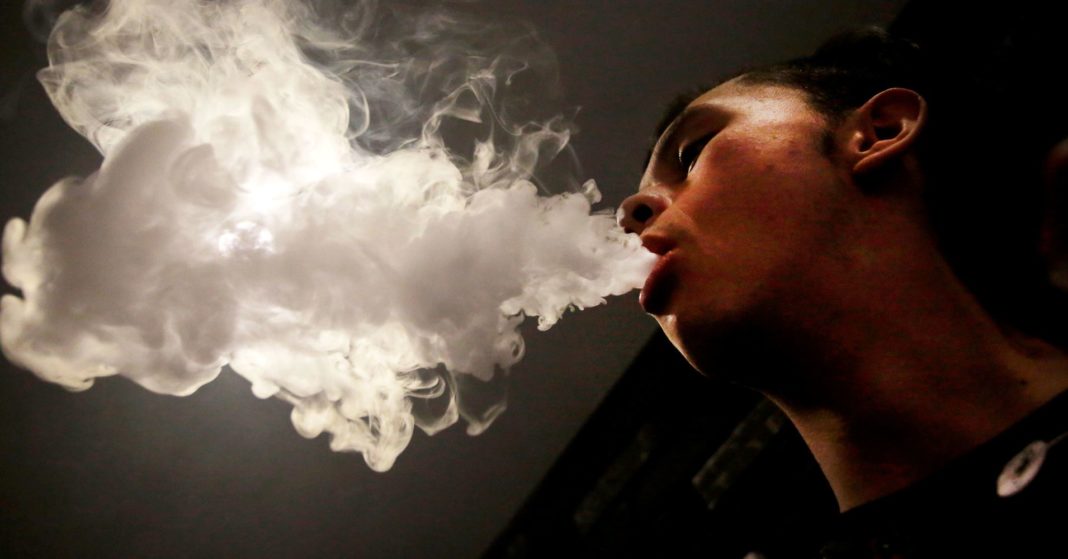 Outgoing Food and Drug Administration Commissioner Scott Gottlieb released the agency’s much-anticipated policy restricting e-cigarette sales on Wednesday — designed to tighten sales and eventually remove from the market many of the fruity flavors he’s blamed on fueling “epidemic” levels of teen use.

“Evidence shows that youth are especially attracted to flavored e-cigarette products, and that minors are able to access these products from both brick-and-mortar retailers, as well as online, despite federal restrictions on sales to anyone under 18,” Gottlieb said in a statement.

“Under the new policy announced today, we’re putting all manufacturers and retailers on notice,” Gottlieb said, adding that they will be subject to new enforcement action for selling some flavored e-cigarettes without authorization.

The proposal, which is now open for public comment for 30 days, outlines new restrictions for most flavored e-cigarettes, speeds the agency’s deadline to review flavored nicotine products and allows it to pull e-cigarettes from the market. If finalized, the change will likely remove some flavored e-cigarettes and cigars from store shelves, the FDA said.

It also limits sales of flavored nicotine pods to websites, vape shops and other retailers that impose age restrictions, according to the FDA’s draft proposal. The FDA, which previously decided not to take enforcement actions while reviewing e-cigarettes, is now reversing that stance — but just for the fruity flavors many believe attract underage users, such as bubble gum, mango and creme.

The FDA plans to crack down on products that are likely to entice kids, such as those designed to look like juice boxes or candy, indicating it could remove them from store shelves altogether.

Gottlieb is also moving up the application deadline for most flavored e-cigarettes by one year, to Aug. 8, 2021 from Aug. 8, 2022, according to the guidance. The changes do not apply to menthol, mint and tobacco, flavors the FDA has said it wants to preserve because they’re available in cigarettes and help switch adult smokers.

Flavored cigars that were introduced after 2016 without FDA clearance will also be subject to new enforcement actions, including possibly removing them from the market, according to the guidance.

The proposal comes after months of pressure on the agency to control a recent surge in teen use of e-cigarettes and will be one of Gottlieb’s last as commissioner. He announced last week he will step down in about a month.

When the FDA started regulating e-cigarettes in 2016, the agency froze new products from entering the market and said those already being sold would need to send in applications for FDA review starting in 2018. Gottlieb in 2017 extended the deadline to 2022 to give the agency and the industry more time. The new policy moves up the FDA review process to 2021 for flavored products.

Gottlieb in September warned e-cigarette makers that if they did not fix “epidemic” levels of teens using their products, he might pull their products altogether.

In 2009, the FDA banned certain flavored cigarettes. But it excluded menthol and other tobacco products, like flavored cigars. Critics have argued to reverse the exemptions, saying the flavors appeal to kids.

Proponents of e-cigarettes have fiercely defended flavors like cucumber and berry, arguing they help ween adult smokers off of cigarettes. E-cigarette market leader Juul halted retail sales of its sweet flavors in November amid FDA pressure and a surprise inspection of its San Francisco headquarters.

He has tried to balance keeping kids away from e-cigarettes while keeping them available for adult smokers, who he believes can benefit from switching to vaping from combustible cigarettes.