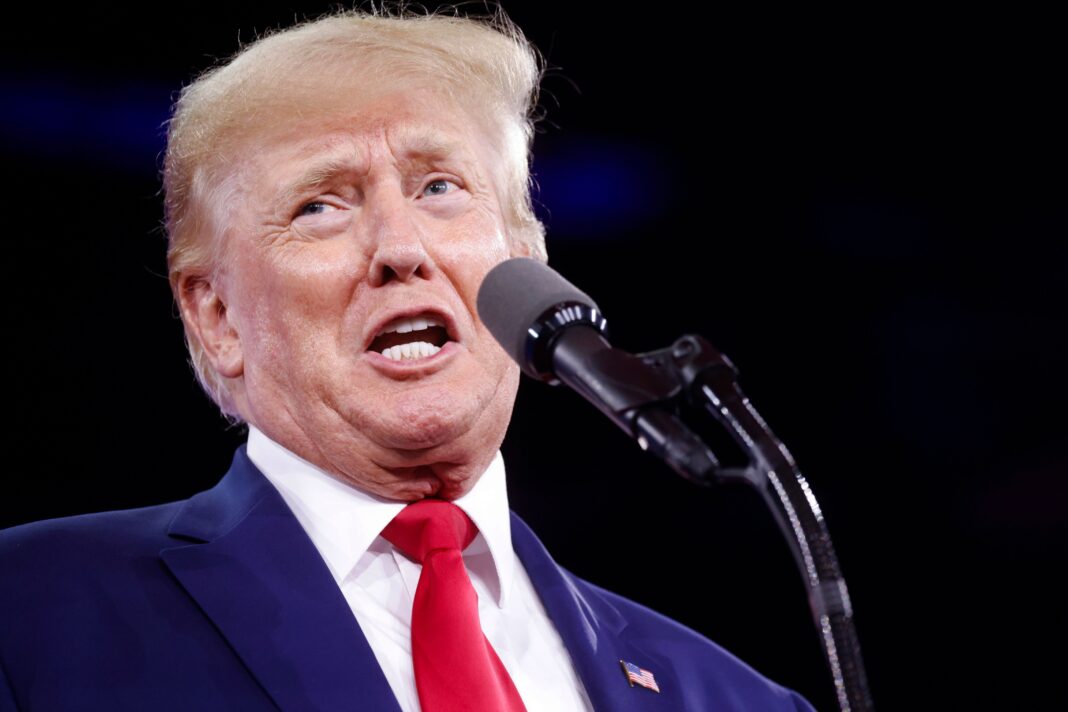 Trump, who has been vigorously bashing the FBI since agents used a search warrant to recover government materials taken from the White House, ratcheted up his victimhood complaints Monday with the claim that agents “stole” his passports. Around the same time, an FBI official offered to return Trump’s passports.

“In the raid by the FBI of Mar-a-Lago, they stole my three Passports (one expired), along with everything else,” Trump wrote on his social media platform, Truth Social. “This is an assault on a political opponent at a level never seen before in our Country. Third World!”

Trump’s team also shared an email Monday from Jay Bratt, chief of the Counterintelligence and Export Control Section of the Justice Department’s National Security Division, confirming the government was returning the three passports, according to Politico’s Kyle Cheney. Two of the three passports were expired, Bratt wrote in the email.

The FBI said in a statement Monday evening that its standard procedure is to return items collected during the execution of a search warrant that are not required in the investigation. The statement did not directly reference the former president’s travel documents.

“In executing search warrants, the FBI follows search and seizure procedures ordered by courts, then returns items that do not need to be retained for law enforcement purposes,” the FBI said.

On Thursday, a man armed with an AR-15 rifle threatened officials at an FBI building in Cincinnati and was killed in a shootout with police. A Pennsylvania man was arrested on Monday on charges of making death threats to FBI agents.

“Every single piece of shit who works for the FBI in any capacity, from the director down to the janitor who cleans their fucking toilets deserves to die,” Adam Bies wrote following the Mar-a-Lago raid, according to an FBI agent’s affidavit. “You’ve declared war on us and now it’s open season on YOU.”

The White House on Sunday said the Justice Department operates independently, shutting down any suggestions that the Biden administration has politicized the DOJ.

“We do not interfere. We do not get briefed,” White House press secretary Karine Jean-Pierre told ABC’s “This Week.” “The Department of Justice, again, when it comes to law enforcement matters, it is independent, complete independence. And I’m just not going to comment on that. None of us will, because we’re going to let Merrick Garland speak for himself and his department.”

FBI agents were looking for classified documents, reportedly including some related to nuclear weapons.

The Justice Department on Monday opposed the public release of the probable cause affidavit that provided the basis for a judge to approve the search warrant.

“As the court is aware from its review of the affidavit, it contains, among other critically important and detailed investigative facts: highly sensitive information about witnesses, including witnesses interviewed by the government; specific investigative techniques; and information required by law to be kept under seal,” the DOJ said in the filing.