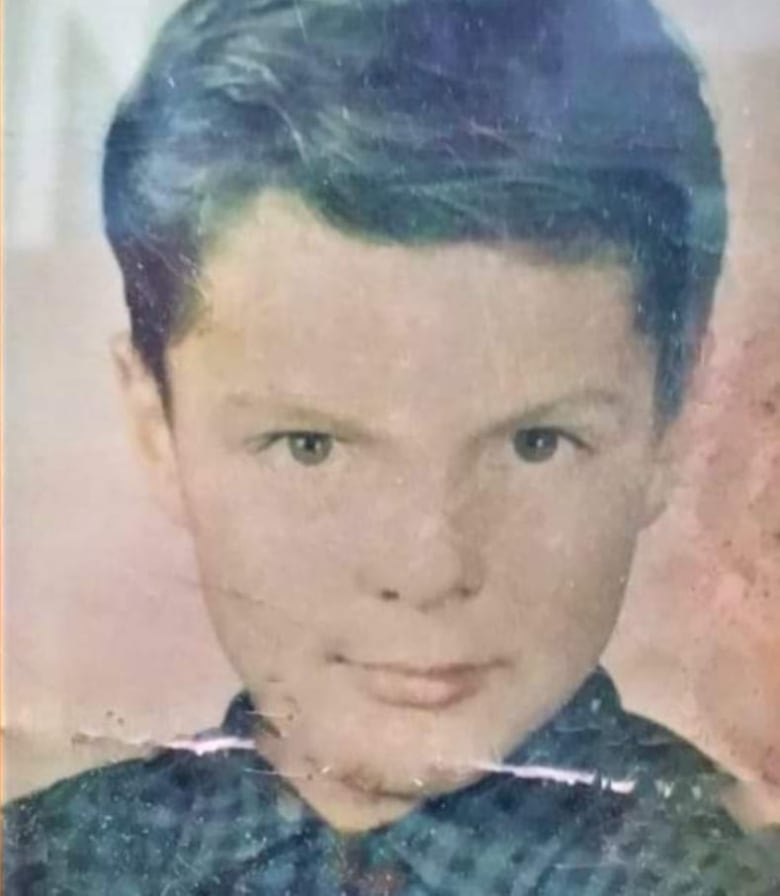 Loretta Nadeau hopes retracing her two brothers’ footsteps when they fled a residential school in southwestern Ontario will bring healing to her entire family and community.

More than 50 years ago, her brothers, Joseph and Rocky Commanda, ran away from the Mohawk Institute Indian Residential School in Brantford, Ont. While Rocky was apprehended by the Ontario Provincial Police in Oakville, Ont., about 60 kilometres northeast of Brantford, 13-year-old Joseph fled and was later struck and killed by a train.

Nadeau, nicknamed Budgie, is organizing a three-day memorial walk for him later this month from the site of the former residential school to the location of the accident — concluding with a convoy back home to their community of Pikwàkanagàn First Nation, about 130 kilometres west of Ottawa.

“I think his spirit still lingers. If I can help him to get back home, I think that’s going to be a lot of healing for all the family members left.”

Joseph, one of 19 siblings, was among three of the Commanda boys to be sent to the Mohawk Institute in the late 1960s.

The Department of Indian Affairs arranged to have Joseph and Rocky sent there in February 1968 after they were expelled from a Catholic school in Eganville, Ont., for concerns over their attendance and behaviour, according to a passage in the Truth and Reconciliation Commission’s final report.

Their older brother, Guy, was already a student at the Anglican Church-run institute.

The residential school, which operated between 1831 and 1970, was originally established for children from nearby Six Nations of the Grand River. By the 1960s, the majority of the students enrolled were from northern Ontario and Quebec.

A number of newspaper clippings about Joseph’s death described it as a juvenile detention centre. For many survivors, that’s what it was.

“Even as kids, we knew it wasn’t a place of education, not by any means,” said residential school survivor Doug George, whose Kanien’kéha name is Kanentiio. “It was a place of punishment, and that was affirmed time and time again.”

George, who is from Akwesasne on the Ontario, Quebec and New York state borders, ran away several times during his short time at the Mohawk Institute, along with Joseph, Rocky and eight other boys from Akwesasne.

“Joey was the nicest kid,” he said.

“He was a tough kid. But like all of them, you know, he wanted to be accepted. He wanted security. He wanted affection, wanted friendship.”

The boys from Akwesasne were expelled at the end of the 1967-68 school year, but George said the Commanda brothers were a part of their close-knit group for five months.

“That was our gang, our unit, and we protected each other,” George said.

“We were fighters. We were agitators, we caused an endless number of problems for the school.”

On the first day of the 1968–69 school year, the two Commanda brothers ran away again — this time without their friends from Akwesasne.

On Sept. 3, police located the two boys in Oakville. While Rocky was sitting in the police cruiser, Joseph got away. Roughly six hours later, he was struck and killed by a CNR “Dayliner” while attempting to cross a series of tracks near the Sunnyside station in Toronto.

A coroner’s jury inquest into his death placed no blame on the train’s engineer and made no recommendations. According to a Nov. 14, 1968 Globe and Mail story, their mother testified at the inquest that school authorities never informed her of the multiple runaway attempts.

The Truth and Reconciliation Commission found that a nationwide policy for the reporting of runaways was only put in place in 1971, despite “severe truancy issues” reported at schools across the country in the decades prior.

The commission’s final report documented hundreds of residential school students who ran away between 1940 and 1998, many due to poor conditions at the schools. At least 17 runaway students died during that time, and many were seriously injured.

The Mohawk Institute was no exception.

Janis Monture, executive director of the Woodland Cultural Centre, a museum housed in the former Mohawk Institute building, said that between 1872 and 1929, survivors referred to the school as a reign of terror due to the disciplinary and sadistic punishment. That reputation returned, she said, in the institute’s final decades with its last reverend and headmaster.

“Obviously when you hear the high amount of runaways, it gives you a very good indication that things were not good. It was not a good place to be if children were running away,” Monture said.

Dale Benoit-Zohr, a member of Algonquins of Pikwàkanagàn, has been preparing the entire summer for the memorial walk, which is set to begin Aug. 27.

She’s a lifelong best friend of Nadeau and the Commanda family.

“He was like our third wheel all the time,“ Benoit-Zohr said of Joseph.

“He was a typical teenage boy — teasing, running, playing football and swimming with us. That life should not be forgotten.”

Each time she goes walking, Benoit-Zohr proudly wears an orange shirt, meant to show solidarity with residential school survivors and their families.

“It’s really important to understand that Joe was someone from our community. That was his home. As far as we know, he was the only one in a community that did not come home from these residential schools,” she said.

“It’s very important to honour his life journey and to retrace his steps and to bring his spirit home.”

Nadeau said she hopes the walk will raise awareness of her brother’s story and bring healing to her family.

“We’re not going to be looking over our shoulder the way the boys were when they took off.”