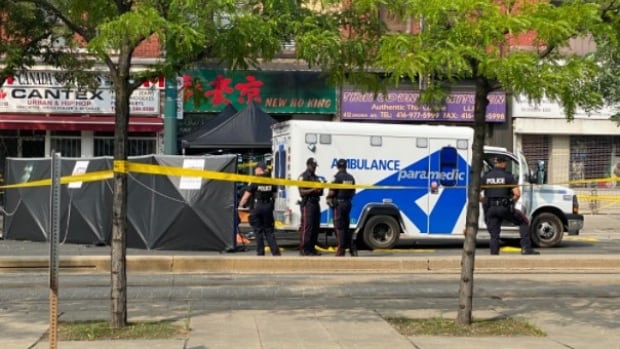 Two men are dead and two others are in hospital following a shooting on Spadina Avenue near College Street in downtown Toronto early Sunday morning, police said.

Li told CBC News that all four victims are men and their ages range between 28 and 43.

Police believe that the four men got into an argument, which led to the exchange of gunfire, he said. Two men were pronounced dead on scene, while the other two were taken to hospital.

Li said the first call to police came in shortly before 6 a.m.

The investigation is ongoing, and police are asking anyone with information to call (416) 808-2222 or to call CrimeStoppers at 222-TIPS.