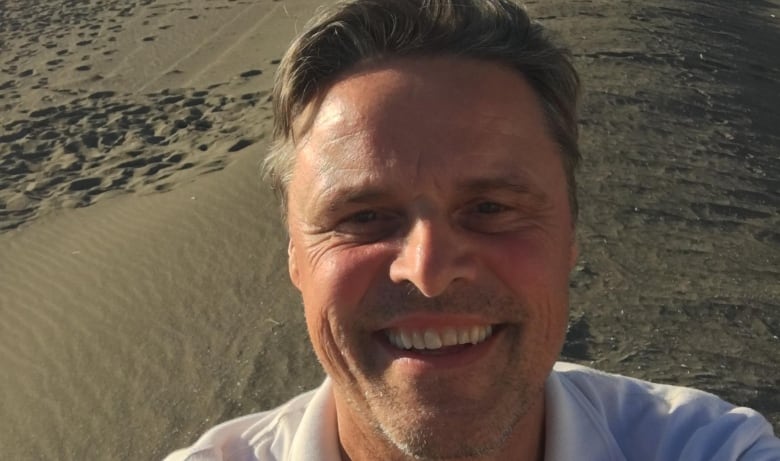 Flooded with grief, Norbert Stemmer rushed to Canada to support his family after finding out his two nephews had died in the crane collapse that devastated the Kelowna, B.C., community earlier this month.

But when Stemmer arrived, he and his 87-year-old mother, who are both from Germany, were fined more than $11,000 and forced into mandatory quarantine because of a technical issue with the QR code on their PCR tests.

Brothers Eric and Patrick Stemmer were among the five who died July 12 after the crane collapsed at a work site in Kelowna.

“I got a call early in the morning from my brother. He was not at all able to speak and he was just crying out and screaming and saying, ‘We lost Patrick and Eric,'” Norbert Stemmer told CBC News.

Stemmer says he was devastated when he heard the news. His first reaction, he says, was to jump on a plane to be with his brother in Salmon Arm, B.C., while he grieved the loss of his sons.

“They’re completely on their own. They don’t have any relatives in Canada. They’re all in Germany,” he said.

But because of the pandemic, Stemmer and his mother first had to go through a lengthy process in order to receive the correct documentation and book the flight.

Stemmer says it took nearly a week, but both he and his mother gained a quarantine exemption from the Canadian embassy in Vienna allowing them to enter the country for compassionate reasons.

Before boarding the plane, the pair did a PCR test that confirmed they were negative for COVID-19. They also took with them the proper paperwork to show they were both fully vaccinated.

But when they landed in Vancouver on July 23, the QR code to prove their testing status wouldn’t open on Stemmer’s phone due to a technical glitch in the app.

According to Stemmer, the Public Health Agency of Canada then issued them a fine of $5,750 each and told them they would need to stay three nights in hotel quarantine and then finish the remaining amount of the 14-day quarantine in isolation at his brother’s house.

CBSA says the onus is on the traveller

Canada Border Services Agency declined CBC’s request to comment on Stemmer’s incident but says travellers have to meet all the requirements after gaining approval to enter Canada on compassionate entry.

“The onus is on the traveller to clearly demonstrate they meet an exemption as prescribed in the Orders In Council,” said CBSA spokesperson Jacqueline Callin in a written statement.

Callin says when questions arise regarding a traveller’s test documentation, border services officers often refer the traveller to a public health officer who makes the final decision on next steps.

Stemmer says both he and his mother were granted an exemption to leave the house for one day to attend his nephews’ funeral, but still had to wear masks and adhere to physical distance guidelines while they were there.

“We speak in distance and we’re not allowed to hug or comfort or whatever. It’s really difficult because the shock is still so deep that there is still so many tears,” Stemmer said.

‘We had strong ties’

He says the whole situation has become incredibly frustrating as they just want to support and mourn the loss together as a family.

“I know that with Patrick and Eric, even though there was an ocean between us and our family, we had strong ties,” he said.

Stemmer says he has many fond memories of his nephews, but most of all he says he admires the love they both had for their wives.

“They loved each other so much. It’s really been so difficult for their poor widows,” he said.

Stemmer and his mother have six days remaining on their quarantine but he continues to seek answers and hopes the government will show some compassion toward their situation.

“I need to fight that ticket because it’s injustice,” he said. “We are two people who have our negative tests, have all our shots. It’s ridiculous.”