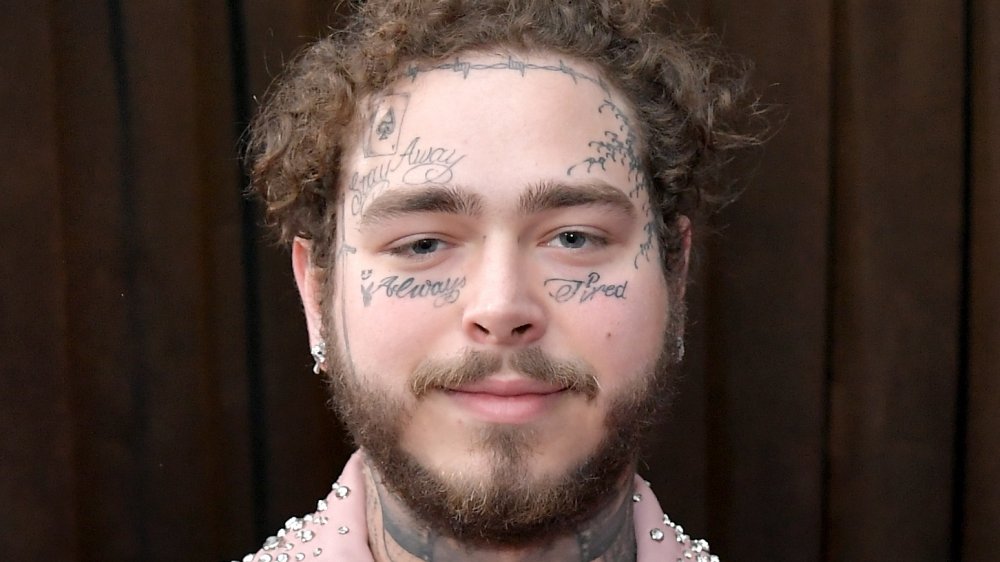 In October 2018, Post Malone stopped by The Tonight Show Starring Jimmy Fallon to talk about his roots, both musical and tattoo-related. “My mom loves them,” he joked during his interview with the titular host, his voice full of sarcasm. Malone went on to reveal that it was actually Justin Bieber who inspired him to get his first tattoo.

“We were working on Stoney and then we had a tattoo artist come through and then I was just like, ‘You know what? Justin Bieber’s got some tats. And, I love you, but I know I’m way tougher than you,'” he reasoned, admitting he had been scared to get one until then. “It’s a pretty s**tty tattoo,” Malone admitted, pointing to his left forearm and laughing. “[I got] a Playboy bunny tattoo for my first tattoo — I don’t know why.”

Not only did Bieber inspire it, he also nearly ruined it. “We played basketball, like, two days later and he knocked the whole thing off,” Malone recalled. “It was just blood dripping down my hand, and it kind of looks like my tattoo got dropped in lava, but I like the story anyways!”