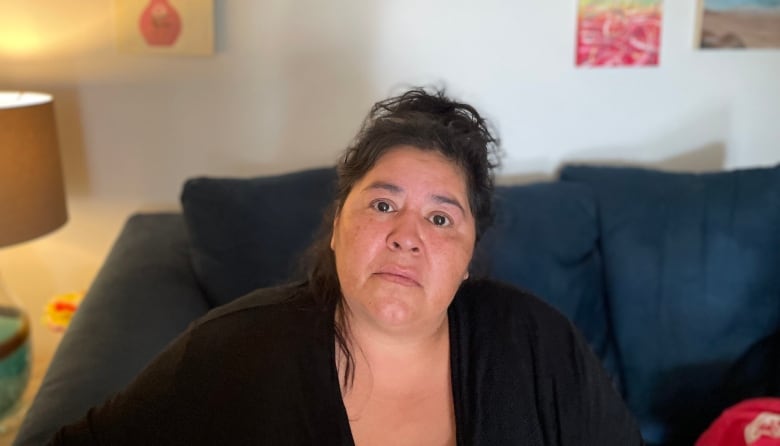 Diane Nolan stays up late every night, unable to rest or relax, scared that she could lose her child.

A month ago, Nolan got a call that her daughter, 35, had overdosed while her partner was doing the dishes. She spent nine days in the Whitehorse General Hospital, but she survived. Now, without support, Nolan said she lives in constant fear that if there’s a next time, her daughter won’t make it.

“My heart has been broken. I’m in fear that I might lose her soon if she doesn’t get the help that she needs,” Nolan told CBC’s The Current on their recent trip to the Yukon.

“My daughter’s dying and she knows it … It kills her. She cries about it every day.”

While Nolan’s daughter is one of the Yukon substance users who survived their overdose, there are 19 so far in 2022 who haven’t. And in the Yukon, with a population of just over 40,000 people, every substance-use death is magnified.

In the first three months of 2022, the Yukon’s chief coroner said the territory’s substance use death rate was 74.4 per 100,000 — over three times the national average and well ahead of British Columbia, the province with the second-highest total at 45.3 deaths per 100,000.

Earlier this year, British Columbia said it will decriminalize up to 2.5 grams of some illicit drugs. It’s one of many options that the Yukon government is considering, but those on the frontlines say that decision’s not coming fast enough.

‘Grandchildren of the people I grew up with’

Heather Jones has a frontline seat to the overdose crisis, both as the territory’s chief coroner and a long-time Yukoner. One in three deaths that her office investigates are now connected to overdoses, she said.

“My role is to give a voice to the dead, and I’m finding through this crisis, that … I’m giving voices to … the children and grandchildren of the people I grew up with,” Jones said.

The substance crisis didn’t reach the Yukon until 2016. That’s when the territory recorded its first substance-use deaths, as their southern neighbours in British Columbia called a state of emergency over their ongoing overdose crisis. The numbers have only skyrocketed since then, with the COVID-19 pandemic kicking the crisis into a higher gear.

By January, the crisis hit a morbid peak. Nine people died from overdoses in the first three weeks of 2022. Toxicology reports for all the victims revealed the presence of fentanyl in their systems. Three more registered benzodiazepines — both drugs the mark of an increasingly hazardous supply for the territory’s users.

The reaction was visceral. Hundreds of people marched in the streets of downtown Whitehorse to mourn the dead and support those grieving families left behind.

“I want the people who have passed away not to have died in vain,” one vigil organizer told CBC News in January. “I want them to live on, and to make a change for other people.”

In response to the deaths, the Yukon government called a substance use health emergency on Jan. 20 as a way to provide more funding and support to those on the frontlines. Since then, the Yukon’s health department started a working group with experts to decide its next steps, including a possible look at decriminalization.

Cameron Grandy, the Yukon government’s director of mental wellness and substance use services, said the government added more workers at the emergency shelter and extended the operation hours of the safe consumption site. They also expanded the site to include users who inhale their drugs — something Grandy credits for a “massive” uptake in the number of people who used it this summer.

Grandy says these new measures are working, but adds the territory is far from out of this crisis.

“Are we done thinking of interventions? No,” Grandy said. “I’m treating this … as a health emergency.

But despite the government’s efforts, Jones, the chief coroner, said the territory is on a “terrifying” track for another deadly year. Nineteen people lost their lives from January to August, with no end in sight, as another long, chilly, dark Yukon winter beckons.

“We have to do things differently,” Jones said. “What we’re doing now isn’t working — I can vouch for that over and over again.” 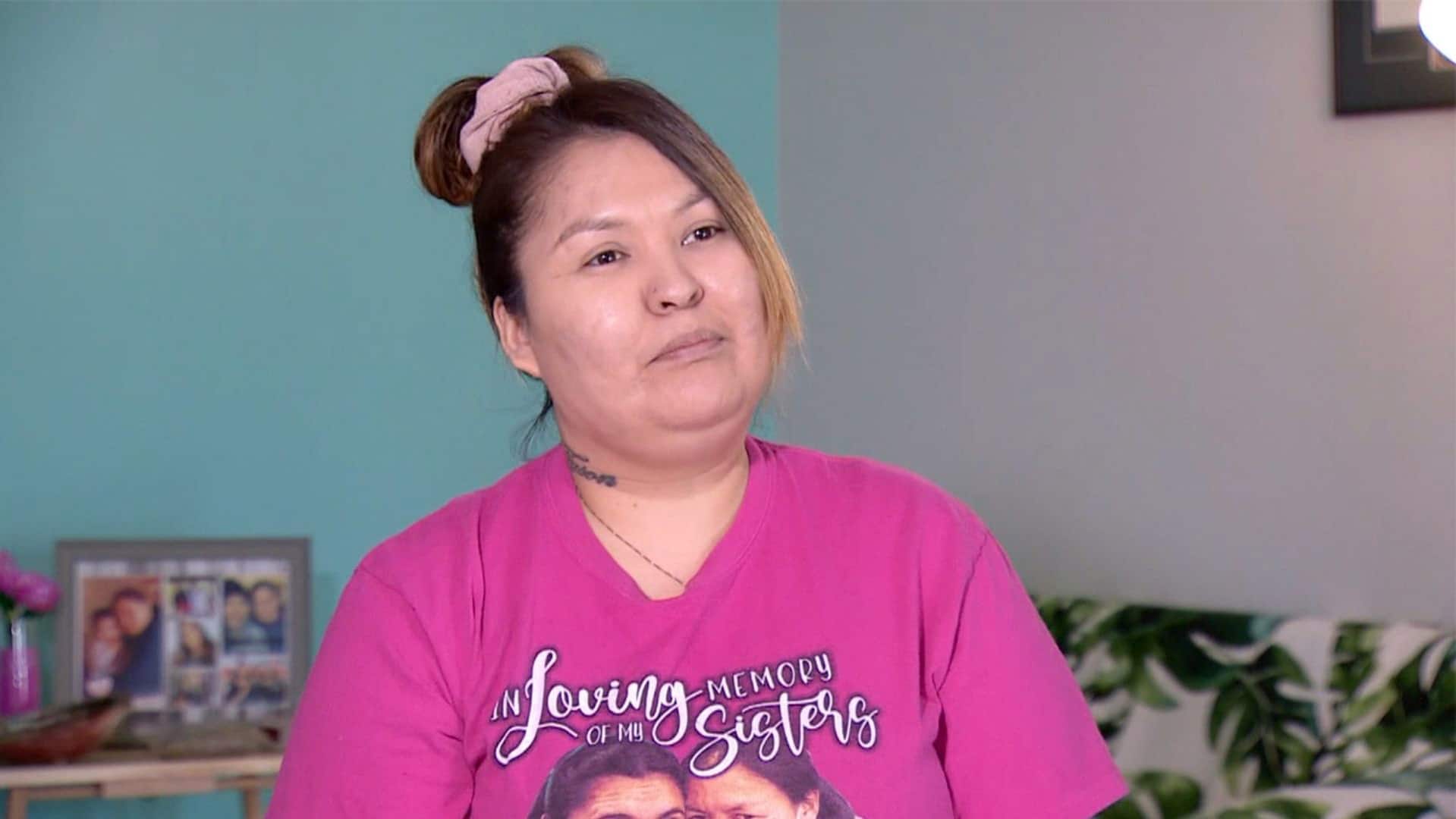 Yukon officials are fighting an opioid crisis as the territory recorded the highest per capita opioid death rate across the country in 2021. Despite Yukon declaring a substance use health emergency in January, people working on the front lines say a safe drug supply is desperately needed.

Whitehorse evolves to meet the crisis

Whitehorse is the biggest of the territorial capitals, and growing quickly: census data shows the population is up 12 per cent from just five years ago.

Despite this, the interconnectedness of everyone who’s born and raised on Yukon soil still stays the same, notes RJ McCarthy, a citizen of the Teslin Tlingit Council, who has lived in the territory for most of the last 20 years.

“We don’t have time to grieve … before you know, someone else’s passed away,” he said. “It’s just like we’re always in a state of shock from losing people.”

McCarthy knows this life well. Now sober, he said he was a “functioning user” for years after getting addicted to pain medication after a serious car crash. Losing a girlfriend set him on the path to using harder drugs — first cocaine, then methadone.

Over time, he said he leaned into the teachings about traditional medicines and spirituality from his Tlingit elders as a way to cope. These help him “walk a better path,” for him, his three children and six grandchildren, he said.

There are also resources downtown that weren’t here when McCarthy was using. There’s the new safe consumption site that opened last September, and a new skate park. He’s also noticed more cultural services at the Kwanlin Dün Cultural Centre, and there’s a non-profit, called Blood Ties Four Directions, that does street outreach and raises awareness on issues like safe supply and the substance use crisis.

That’s where McCarthy now spends some time telling young people how to use safely.

“[I tell them to] look out for each other and never do opioids alone,” he said. “And me being sober too, hopefully they just kind of see that and lean that way, too.”

‘What can we do as parents besides sit there and watch’

In late August, months after the initial substance use emergency declaration, a small group of people gathered at Whitehorse’s supervised consumption site to grieve and comfort each other on International Overdose Awareness Day.

People wrote messages of support to their departed loved ones and community members on a memorial tree. They received training on how to apply naloxone. They shared stew, bannock, laughs and tears.

Among the small group was Nolan. Unsure of where to direct her emotions about her daughter, Nolan’s been relying on friends and family to get her through. Gatherings like this one, she said, are a reminder that she’s not alone.

“What can we do as parents besides sit there and watch,” Nolan said. “We don’t have any workshops on what parents can do, or families.”

Jones, the chief coroner, said the Yukon government’s substance use emergency declaration was a great first step. So, too, would be an eventual move to decriminalization. But that alone won’t be able to break the cycle, according to Jones.

Users also need better access to safe supply and detox programs, she said. And quickly — before those who are actively looking to recover, instead succumb to the crisis.