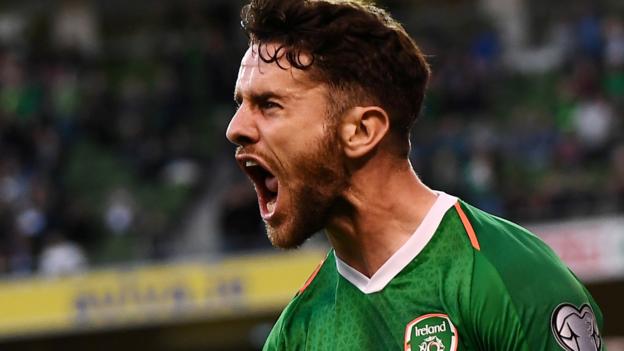 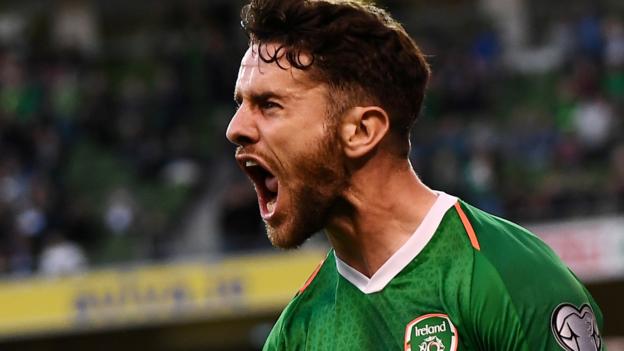 Republic of Ireland boss Mick McCarthy was “delighted” with the result, if not the performance, after a lacklustre 2-0 win over minnows Gibraltar in the Euro 2020 qualifier at the Aviva Stadium.

“Am I happy with the performance? Not really,” McCarthy told Sky Sports.

But he added: “That’s 10 points in my pocket – I’m thrilled and delighted.”

It was a frustrating night for the Republic after Saturday’s impressive 1-1 with Denmark.

McCarthy added: “We’ve had about 30 shots and couldn’t score. We ought to be better but it’s not easy against a belligerent team. We could be better with our final ball and shots. I’d have taken 1-0.

“I don’t think people like being positive. Thank goodness I do. The players seemed a bit sad and I’m like ‘hold on a moment’.

“We played better against Georgia and Denmark than we did against Gibraltar. But we’ve dispatched them twice. I’m relieved and happy with 10 points.

“We ought to be better but it’s not easy against a belligerent team. We could be better with our final ball and shots. I’d have taken 1-0.

“A lot of our strikers have had long-term injuries. It was great to see Robbie Brady score. He found it hard on Friday physically and he’s delighted to score today.”

Burnley midfielder Brady, who missed the start of the season with a serious knee injury, entered the fray as a second-half substitute and headed in from a James McClean cross in the third minute of added time.

“I’m delighted to come on and make a difference. It’s been a while since I scored. Obviously I was disappointed not to start,” he said.

“It’s been a frustrating year. Hopefully it’ll be a good one next year.

“Gibraltar are a totally different team to the one we faced in the last campaign, they’re more compact and organised. They made it difficult at times but didn’t cause us too many problems.

“We could have taken a bit more care and scored a few more. We definitely need to tidy up in the next games if we want to push on.”