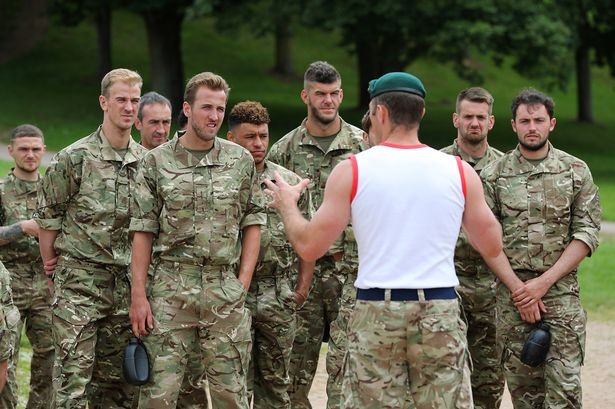 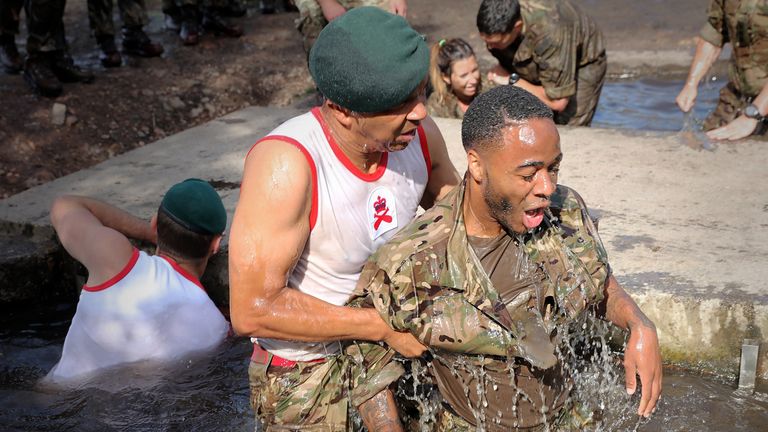 The England squad experienced a different kind of boot camp over the weekend when manager Gareth Southgate arranged a top secret trip to the Royal Marines’ Commando Training Centre.

Twenty members of the England squad, along with key members of the Football Association’s backroom staff, were whisked away on a surprise trip to the base in Devon on Friday and spent the next 48 hours in military uniform, completing a series of exercises designed for marine recruits.

The players will reconvene on Tuesday at St George’s Park, joined by Gary Cahill, Eric Dier, Chris Smalling, Jesse Lingard and Marcus Rashford – who missed the excursion – to prepare for the forthcoming World Cup qualifier
against Scotland in more familiar surroundings.

“These guys represent Queen and country, and we do the same – but the consequences of failure for the Royal Marines are far higher. That gives us a good context and comparison,” Southgate told the Football Association website.

“We wanted to come and put the guys into a different environment, something they weren’t expecting. The Marines talk about a dislocated expectation, and that was part of the theme of the camp – how will we be adaptable in moments of difficulty for us as a team? 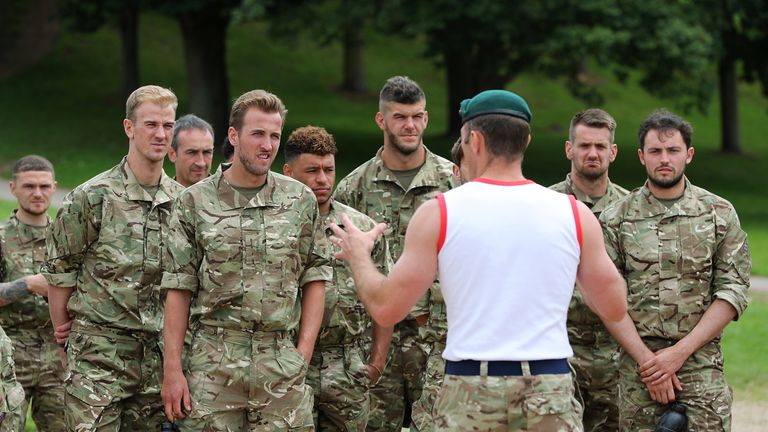 “There were some team objectives around pushing themselves beyond where they thought they could go and knowing you don’t want to let any of your team-mates down.

“We wanted to expose the guys to an elite environment with one of the elite forces in the world. We wanted them to see that there’s another world out there.”