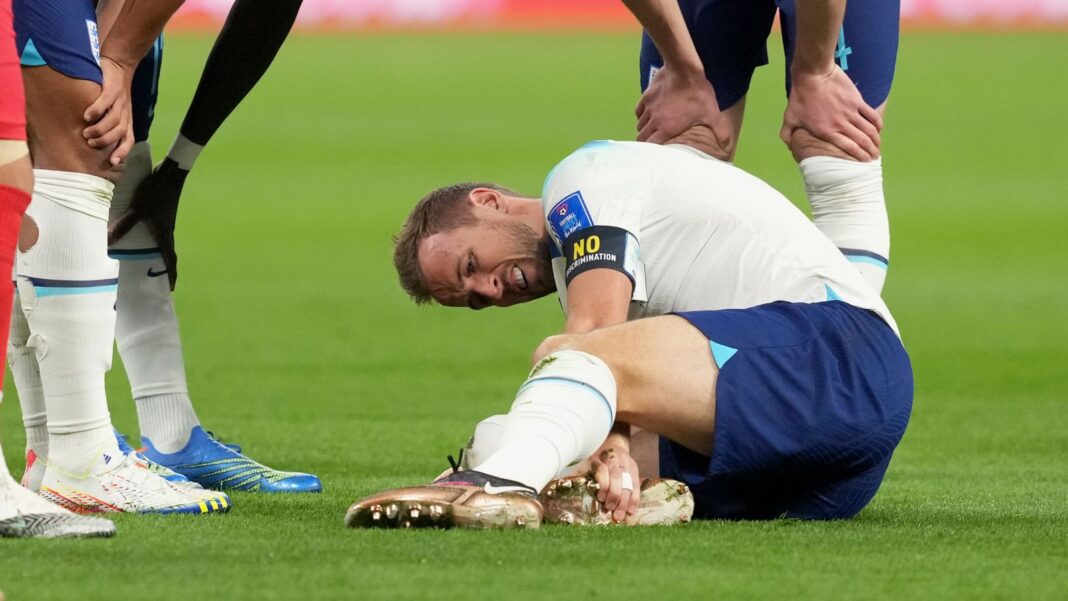 England head coach, Gareth Southgate, has provided the latest injury update on captain Harry Kane ahead of his side’s World Cup tie with the USA on Friday.

Kane sustained a knock to his right ankle in the second half of England’s World Cup 6-2 win over Iran on Monday.

The Tottenham Hotspur striker was substituted after 76 minutes of the encounter and underwent a scan to determine the severity of the injury.

Speaking in an interview with ITV, Southgate said that Kane would be ready for the USA clash.

He said: “He is good. He worked a little bit more individually today, but he will be back in with the team tomorrow and is good for the game.

Also read: Why Jennifer Aniston Once Had Beef With Kanye West

“We just checked him out just to see. I think, sometimes, when you’re treating things, it’s important to know exactly what is there and that is all good.

“It isn’t so much the ankle, it is more the foot. It was a poor challenge, really, but I think it is one that, fortunately, we have gotten away with reasonably lightly.

“I was [holding my breath] when he went down on the pitch, but once he would carry on playing, everything was good.”