England to play with video ref 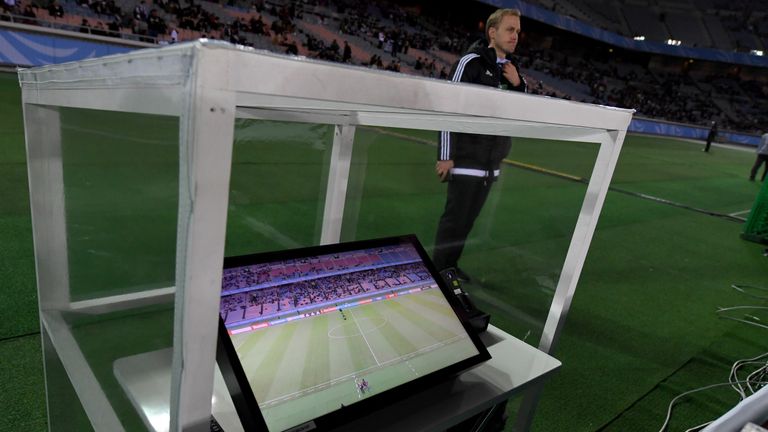 England will play with a video assistant referee for the first time in their friendly against France on Tuesday.

The VAR experiment is being trialled by FIFA at selected matches and events, with wider implementation and a role in the 2018 World Cup to follow, but is not currently mandatory.

Both associations have to agree to its use under current rules and the Football Association was happy to give its assent.

They will be based in a video operation room which can be, but does not have to be, inside the stadium.

They VARs will be on hand to review and advise on four distinct issues: goals where there may have been a violation or offside missed during the build-up, penalty decisions, red cards and cases of mistaken identity.

In all instances, the on-pitch referee will make officiate as normal but there will be recourse to utilise technology, initiated either by the VAR or by the referee, who can call for a review process by outlining a square with his hands.

In such situations replays must show a clear error for the referee’s original decision to be over-turned.

Players who crowd the referee or make gestures signalling for a review to occur may be booked.

France have already played with VAR conditions, with decisions going against them twice during their 2-0 friendly defeat by Spain in March.

Antoine Griezmann saw a goal chalked off for an offside that went unseen in real time and Spain’s Gerard Deulofeu then had a goal ratified on referral when an offside flag was incorrectly raised.

The VAR trial was agreed at the meeting of the International Football Association Board meeting in Cardiff last June.

A briefing note released at the time read: “The aim of the experiment is NOT to achieve 100 per cent accuracy for all decisions as there is no desire to destroy the essential flow and emotions of football which result from the game’s almost non-stop action and the general absence of lengthy stoppages. The philosophy is minimum interference, maximum benefit.”