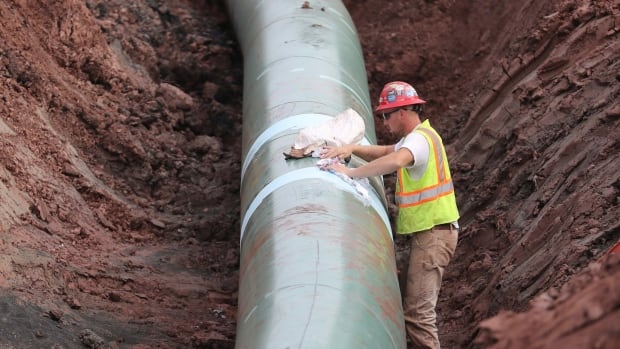 Enbridge Inc.’s Line 3 pipeline replacement project, a critical piece of export infrastructure for Canada’s energy sector, will be in service on Friday.

The pipeline giant said Wednesday the 1,765-kilometre Line 3 — which will carry oil from Alberta to Enbridge’s terminal in Superior, Wis. — is “substantially complete.”

“After more than eight years of many people working together, extensive community engagement, and thorough environmental, regulatory and legal review, we are pleased that Line 3 is complete and will soon deliver the low cost and reliable energy that people depend on every day,” said Enbridge chief executive Al Monaco in a news release.

The last leg of the $9.3-billion project to be completed was the 542-kilometre Minnesota segment of the pipeline. Other segments of the pipeline had already been placed into service in Canada, North Dakota and Wisconsin, but in Minnesota Enbridge faced court challenges and protests by environmental and Indigenous groups.

In June, Enbridge was handed a victory by the Minnesota Court of Appeals, which affirmed the approvals granted by independent regulators that allowed construction on the Minnesota leg to begin last December.

Opponents of the project have said the Line 3 expansion will accelerate climate change and also poses a risk of oil spills in environmentally sensitive areas.

But Enbridge said the project was necessary to replace and expand a deteriorating pipeline built in the 1960s. The state-of-the-art, thicker-walled pipe used for the replacement will ensure a “safe, reliable supply of North American crude oil to U.S. refineries,” the company said Wednesday.

The Line 3 project is expected to add about 370,000 barrels per day of crude oil export capacity from Western Canada into the U.S.

Canada’s energy sector has been hamstrung by a lack of pipeline infrastructure in recent years. An IHS Markit report from December found that delays in the expansion of the export pipeline capacity have contributed to lower prices in Western Canada, representing a loss of $17 billion for the crude oil industry over the past five years.

Between the two projects, the total export addition of nearly one million barrels per day is expected to account for Western Canada’s oil export needs at least through the first half of the decade.