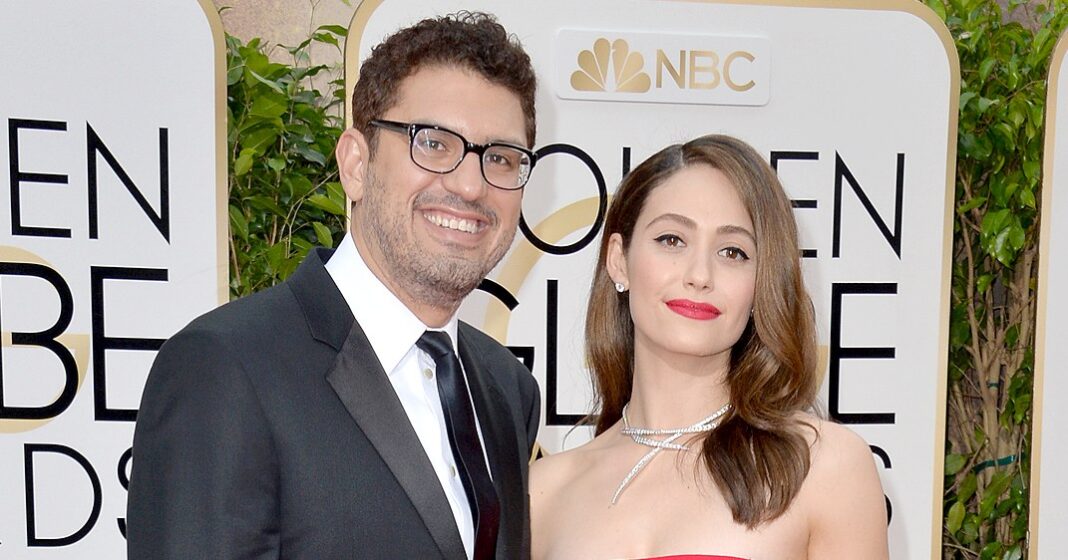 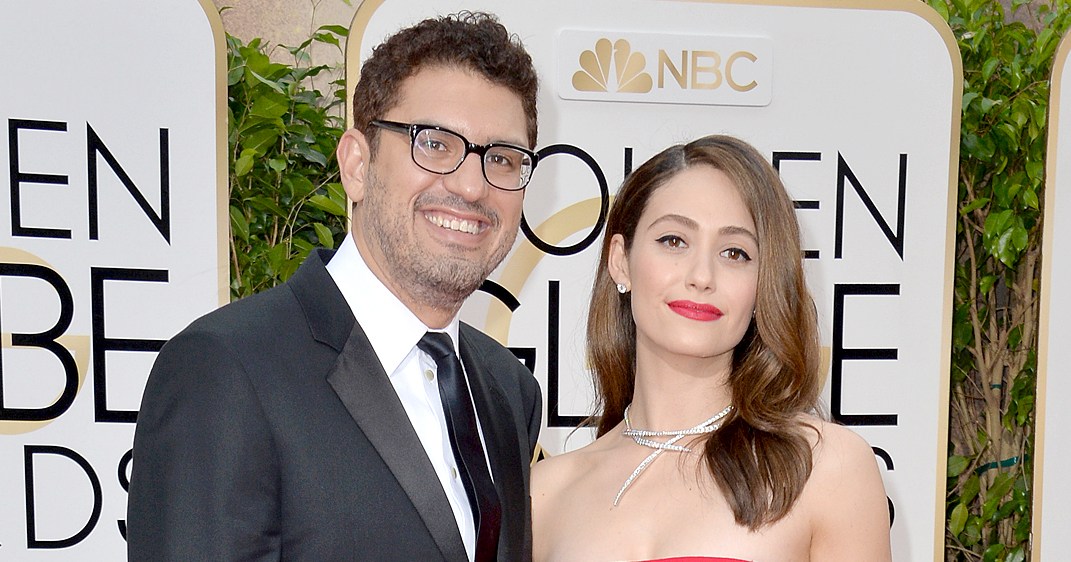 Rom-com to real life! Emmy Rossum and Sam Esmail’s relationship began professionally — but it didn’t take long to blossom into something more.

The Mr. Robot creator and Shameless actress met in 2013 when Rossum landed a role in the film Comet, directed and written by Esmail. The romantic dramedy, costarring Justin Long, focused on a couple who met by chance during a meteor shower. Meanwhile, a real love story was unfolding off-screen.

The pair made their public debut as a couple at the June 2014 premiere of Comet, and in August 2015, they got engaged after two years together. Esmail, ever the film director, made sure the proposal was as cinematic as possible.

“We have a tradition of reading the ‘Modern Love section of The New York Times every Sunday,” Rossum told Vogue in 2017. “I do a dramatic reading of it for him. Even if we’re not in the same place, I read it to him over the phone. Then one weekend, we didn’t read it — I don’t remember why exactly — and the following Friday, he reminded me that we hadn’t. I was actually in kind of a bad mood that day, so I said, ‘Oh, well, I’ll read it eventually.’ And he said, ‘No, no, no, I think you should read it.’”

The Phantom of the Opera star decided to get in the bath with the paper and a glass of wine, but as she started reading, she noticed that the story sounded familiar — a director falling in love with an actress.

“At first, I freaked out because I thought perhaps he had actually put it in the paper, and I hadn’t seen it, and everyone knew it but me,” Rossum recalled. “And then, I scanned to the end, and it said, ‘Love, your Sam.’ And I realized that he had gone through this whole process of writing this whole story.”

The Homecoming director had enlisted a friend at the newspaper to help him mock up a replica, complete with a legitimate Ralph Lauren ad and all.

“When I realized what it was and that the proposal was happening, I somehow thought, ‘Well, the story can’t be that I was in the bathtub when it happened,’” the native New Yorker continued. “So I got out of the bathtub wrapped in a towel, got cold, and then got back in the bathtub because the stories are quite long. And then by the time I finished the story, he was down on a knee in the bathroom, with me in the tub.”

The duo hasn’t collaborated professionally again since Comet. Still, in 2017, they announced they were working together on a project called Angelyne, based on a Hollywood Reporter article about a woman of the same name who was known for appearing on billboards around Los Angeles.

The limited series doesn’t have a release date yet but is set to debut on Peacock sometime in the future.

In the meantime, keep scrolling for a complete timeline of Esmail and Rossum’s romance: 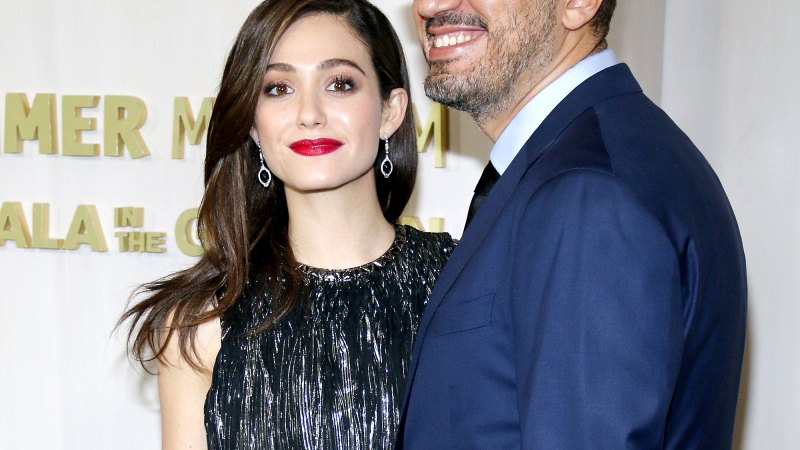 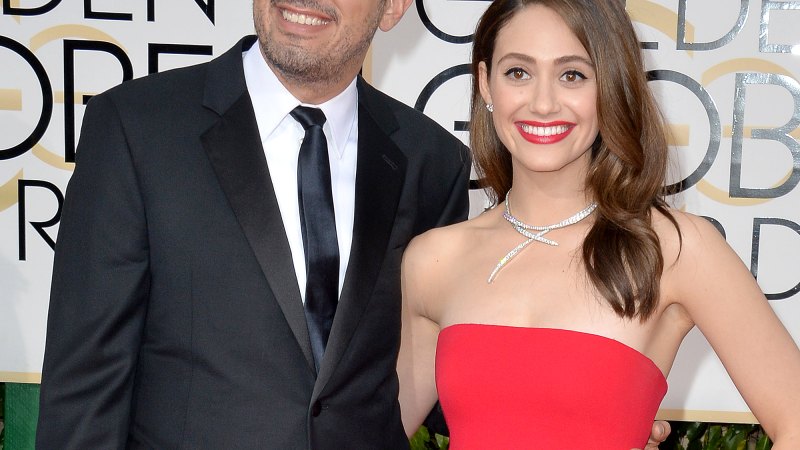 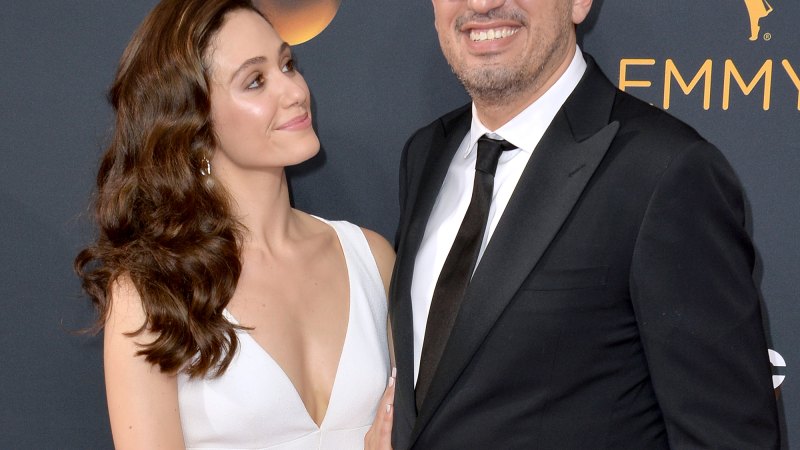 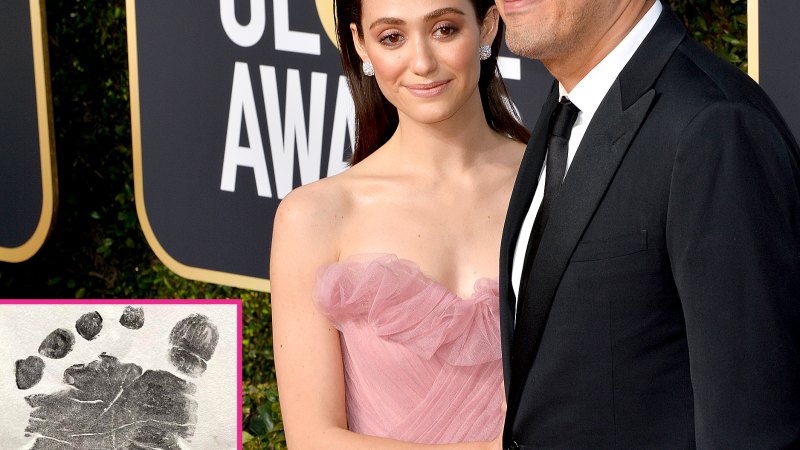