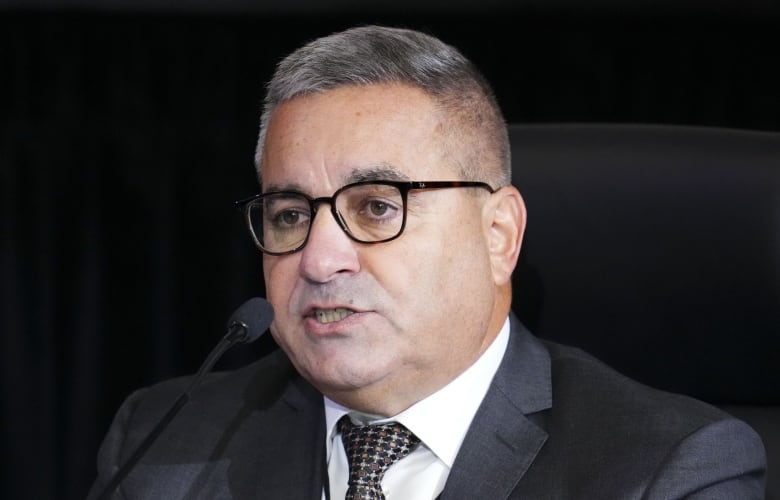 The public inquiry looking into the federal government’s use of the Emergencies Act in response to last winter’s convoy protests will hear from departing Ottawa Mayor Jim Watson today.

Watson declared a state of emergency on Feb. 6, about a week after protesters rolled into the city and used their vehicles to block main arteries in downtown Ottawa.

What started as a demonstration against COVID-19 vaccine mandates quickly took on an anti-government character. The protest was marked by incessant honking that let up only after a private citizen sought an injunction.

Speaking at an unrelated press conference on Monday, Watson wouldn’t divulge what he will say during his testimony. He said his lawyer advised him to not speak publicly about the matter before appearing at the inquiry.

He did say he was “looking forward” to his appearance.

“This was a very challenging, traumatic time for the people of our city,” he said, adding that he hopes the testimony heard by the inquiry can help authorities respond better to similar events in future.

Watson can expect to be asked about a last-ditch agreement between police, protesters and politicians to move trucks out of residential areas and onto Wellington Street — a deal that ultimately fall apart just days before the federal government gave police special powers to end the occupation.

That deal was one of the main topics of the inquiry hearing on Monday, which heard from Ottawa city manager Steve Kanellakos.

Kanellakos said he consulted with Watson on the deal. He said the mayor was reluctant because he suspected the protesters were trying to use talks with the city to draw the federal government to the negotiating table.

The inquiry also heard that the city and police were operating on an assumption that the protesters would pack up after the first weekend — despite having received an early warning that they planned to stay.

In an email entered into evidence on Monday, Steve Ball, president of the Ottawa-Gatineau Hotel Association, told the mayor’s office on Jan. 25 — a few days before trucks began rolling into the capital — that someone from the Canada United Truckers Convoy had reached out looking to book hotel rooms for at least 30 days.

Aprin spoke about the difficulties the city experienced in securing additional police resources. He said that while 250 RCMP officers were pledged, 50 were assigned to the Governor General’s home, 50 were assigned to protect the prime minister at his cottage and another 50 were tasked with protecting the parliamentary precinct. Those officers were not available to Ottawa police.

The Public Order Emergency Commission is holding hearings for six weeks, sitting every day from 9:30 a.m. ET until 6 p.m. or later, as required.

Officials from the Ottawa police and the Ontario Provincial Police are expected to testify later this week.