Eliminating COVID-19 cases in Canada will exact too heavy a toll on society, health experts say 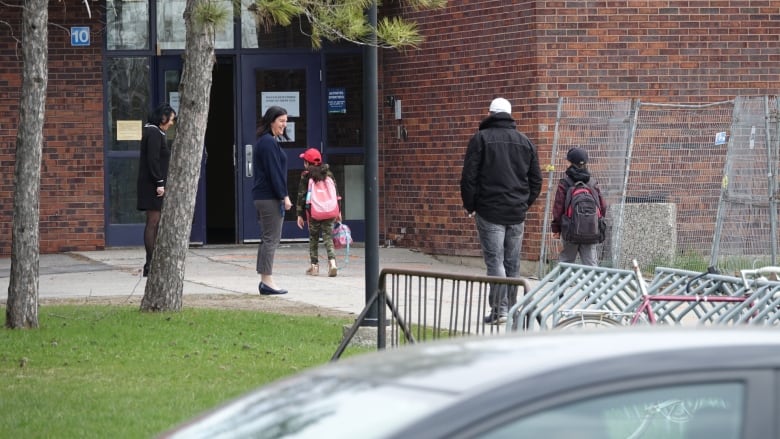 Some public health and infectious disease experts are pressing for governments in Canada to shift to minimizing, not eradicating, COVID-19 while allowing society to resume functioning.

The open letter to Prime Minister Justin Trudeau and all premiers, dated July 6, says aiming to prevent or contain every case is not sustainable at this stage in the pandemic.

“We need to accept that COVID-19 will be with us for some time and to find ways to deal with it,” the 18 experts wrote.

“The people who suffer most are those in lower-income settings who are trapped in apartment buildings and who do not have a nice deck or a cottage to escape to,” said Dr. Neil Rau, an infectious disease physician and medical microbiologist at the University of Toronto who signed the letter.

The basis of lockdowns and physical distancing was to flatten the epidemic curve so that health-care systems wouldn’t be overwhelmed with too many cases at once, Rau said. Stamping out the virus is a different goalpost.

The letter urges governments to respond to drops in disease incidence with careful relaxing of restrictions.

That way, schools, businesses and health-care facilities could carefully reopen, and family and friends could gather once again with confidence restored by appropriate precautions, it said.

To guide reopening decisions, disease surveillance should be improved, including resources for public health to conduct testing and contact tracing effectively, the experts wrote.

“There are many countries in Europe that will accept Canadians coming in by air and not make them self-isolate, yet we make people coming from low-risk places in Europe self-isolate when they come here,” Rau said. “We don’t even have reciprocity.”

Rau would also like to see federal leadership to guide the reopening of schools, which experts say is important to the academic and social growth of children.

“I actually think Quebec may be the best,” he said. “Despite having high disease rates, they still moved ahead with a lot of the relaxing of restrictions. I think that takes a lot of guts.”

Njoo called the various provincial approaches to reopening schools “a bit of a social experiment” based on both risk management and risk tolerance.

The signatories are concerned that current and proposed measures for reopening will continue to hit Black and other racialized groups, those in lower-income groups, recent immigrants, Indigenous peoples and other vulnerable populations disproportionately hard.

“The whole issue of getting better data in terms of race and ethnicity has come up and we certainly recognize that,” Njoo said. “I’m not saying it’s being solved overnight, but certainly we’ve made good progress in working with our counterparts in the provinces and territories.”

Reopening the economy is a priority for Mohammed Kaidali. He started driving a taxi in Toronto a couple of weeks ago to support his family, including four children.

While a rainy day is normally good for the taxi business, Kaidali said he struggled to get one fare in 3.5 hours.