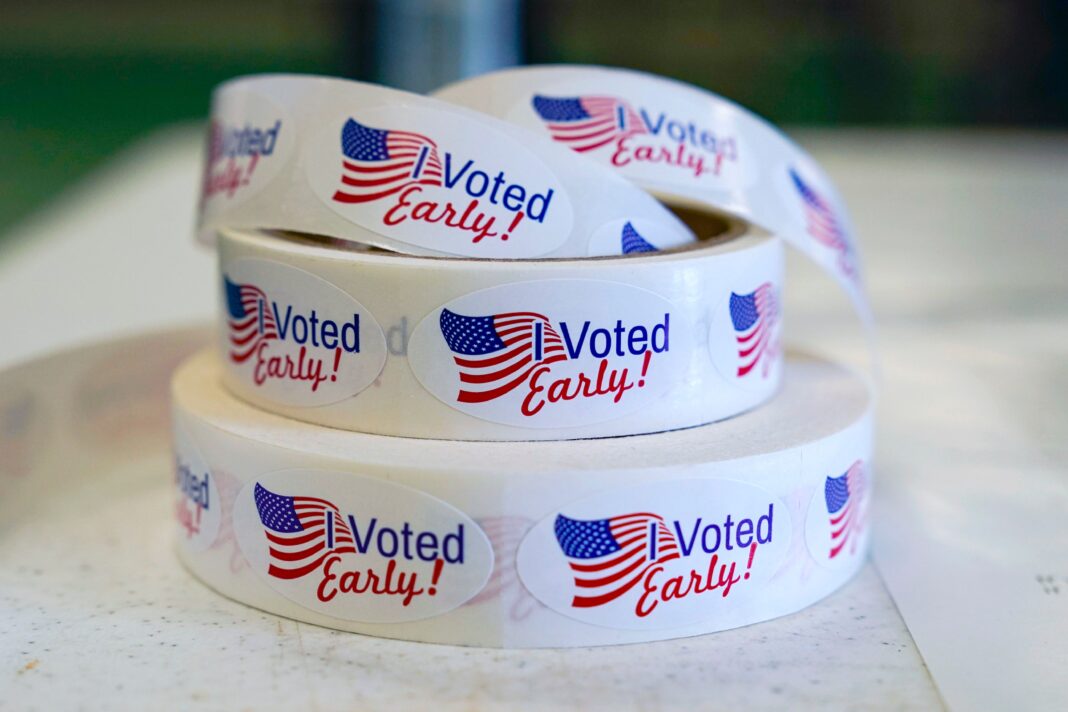 WASHINGTON (AP) — Election Day is 12 days away. But in courtrooms across the country, efforts to sow doubt over the outcome have already begun.

More than 100 lawsuits have been filed this year around the upcoming midterm elections. The suits, largely by Republicans, target rules over mail-in voting, early voting, voter access, voting machines, voting registration, the counting of mismarked absentee ballots and access for partisan poll watchers.

It’s the most litigation ever before an election and it’s likely a preview of a potentially contentious post-election landscape. The strategy was born in part of the failure of allies of former President Donald Trump to successfully challenge and overturn the free and fair results of the 2020 presidential election.

But while the 2020 election effort was an ad hoc response fronted by a collection of increasingly ill-prepared lawyers that included Rudy Giuliani, today’s effort is a more formalized, well-funded and well-organized campaign run by the Republican National Committee and other legal allies with strong bona fides. Party officials say they are actively preparing for recounts, contested elections and more litigation. And there are thousands of volunteers in place primed to challenge ballots and hunt down evidence of malfeasance.

“We’re now at the point where charges of fraud and suppression are baked into the turnout models for each party. Republicans charge fraud. Democrats charge suppression. Each side amplifies its position with massive and costly amounts of litigation and messaging,” said Benjamin Ginsberg, co-chair of the Election Official Legal Defense Network and former counsel to the George W. Bush campaign and other Republican candidates.

Democrats, too, have similar efforts underway. But their legal effort ahead of the election focuses on making voting easier and helping those denied a chance to vote, through legal hotlines and volunteers. A team led by attorney Marc Elias and his firm is litigating roughly 40 cases in 19 states, some in which they have intervened in Republican-led lawsuits.

Elias said he’s bracing for a deluge of litigation challenging election results, particularly as some Republican candidates have already said they will not accept a loss or have planted doubt on the election process despite no evidence of fraud.

“The problem with the Republican Party right now is that conceding you lost an election is the only thing that will hurt you,” Elias said. “Contesting an election that is clearly lost is now where all the incentive structure is, and that is incredibly corrosive for democracy.”

Litigation around elections is nothing new; almost every election begets some legal challenge. But the bulk of this litigation generally occurs after the votes have been cast, not before Election Day.

In 2020, pro-Trump attorneys filed roughly 60 lawsuits across the nation and asked judges to set aside votes. Those lawsuits were roundly rejected. Trump’s own leadership found the election was fair, and state election officials nationwide saw no widespread evidence of fraud. Biden earned 306 electoral votes to Trump’s 232, the same margin in Trump’s 2016 victory over Hillary Clinton, which he repeatedly described as a “landslide.”

At the time, the Republican establishment had not adopted Trump’s lies about the election. Since then, though, the falsehoods have taken root within the party and become a major talking point for many of the candidates. Some have refused to commit to accepting the results after Nov. 8.

Ginsberg said that unsubstantiated charges that elections were fraudulent or rigged or unreliable have became the ante for a Republican candidate to win a contested 2022 primary in most states, and that’s a problem.

“That can only harm public faith in elections, something for which Republicans will eventually pay a price.”

This year, the focus is on offense. The RNC said it has built a multimillion-dollar “election integrity” team, hiring 37 lawyers in key states, holding more than 5,000 trainings to teach volunteers to look for voter fraud, which is rare, and filing 73 lawsuits in 20 states. Other Trump-allied legal teams are also ramping up and preparing for litigation, including America First Legal, run by former Trump adviser Stephen Miller.

For three decades, the RNC was under a consent decree that prohibited it from challenging voters’ qualifications and targeting alleged fraud. The consent decree, which ended in 2019, arose from a Democratic National Committee lawsuit that argued Republicans sought to dissuade Black Americans from voting by posting armed, off-duty law enforcement officers at certain polling sites and sending targeted mailings warning about penalties for violating election laws.

In 2020, Republican poll watchers, who have no direct role in the elections and cannot interfere in the electoral process apart from watching and reporting issues, were the basis of many of the lawsuits filed by Trump allies. But when pressed by judges for evidence backing partisan claims of fishy behavior by election workers, litigation faltered.

Election workers have increasingly been subjected to abuse and threats of violence. In battleground states, voter intimidation cases are on the rise. There’s growing concern among election officials and law enforcement about overly aggressive poll watchers or people pretending to be poll watchers intimidating voters.

Last week the RNC won a legal challenge against Michigan’s secretary of state, Democrat Jocelyn Benson, who sought to tamp down rank partisanship by issuing rules around how poll challengers can operate.

“Jocelyn Benson not only disregarded Michigan election law in issuing this guidance, she also violated the rights of political parties and poll challengers to fully ensure transparency and promote confidence that Michigan elections are run fairly and lawfully,” McDaniel said in a statement.

The RNC has won legal challenges in Nevada and Arizona over the appointment of poll workers and in Wisconsin on ballot curing and drop boxes. Other legal action includes litigation in Pennsylvania over absentee ballots dating and whether outside parties should be allowed examine voting machines.

Democrats are continuing to file litigation, too. Democratic-led groups have initiated roughly 35 lawsuits that focus largely on making voting easier. Just this week, litigation was filed on behalf of Voto Latino and the Arizona Alliance for Retired Americans to stop intimidation over using drop boxes in Arizona. The ACLU of Pennsylvania sent a letter to Allegheny County officials on mail-in ballot concerns.

Heading into 2020, the nation had been focused mostly on whether any foreign actors — Russia or perhaps China — would meddle in the election and wreak havoc on vote tabulations. That didn’t come true; instead, the conspiracy was born and nurtured from Trump and his supporters.

U.S. officials are again sounding the alarm that Russia is working to amplify doubts over the integrity of the elections.

This week, White House press secretary Karine Jean-Pierre said, “No outside cyber activity has ever prevented a registered voter from casting a ballot; compromised the integrity of any ballot cast; or affected the accuracy of voter registration information.”

And she promised the government would “monitor any threats to our elections if they arise and work as a cohesive, coherent interagency to get relevant information to the election officials and workers on the ground.”

Check out https://apnews.com/hub/explaining-the-elections to learn more about the issues and factors at play in the 2022 midterm elections.

Next Act For Palin Unclear After Alaska House Losses