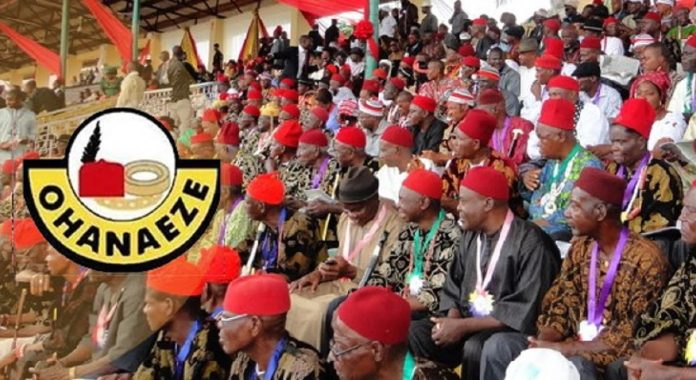 DAILY POST reports that the OYC had in late June pleaded that Ekweremadu’s wife be granted bail to enable her attend to their ailing daughter.

Few days ago, the lawmaker’s wife was granted bail.

Reacting through a statement on Wednesday, the National President of OYC, Mazi Okwu Nnabuike thanked the United Kingdom for the latest action on the matter.

“We are so delighted over the bail granted to Ekweremadu’s wife by the UK court. We made that appeal exactly in June 26 through an open letter to the United Kingdom and we are happy that days after, that request has been granted.

“While we thank the United Kingdom judiciary for this, we still appeal that the same be extended to Senator Ekweremadu. We are certain that he is a responsible citizen and would not in any way jump bail.

“May we also solicit that an accelerated hearing be given to the case for a speedy resolution of the matter,” Okwu said.

Meanwhile, the Ohanaeze youths equally praised the Nigerian Government, the National Assembly, Enugu and Ebonyi States for their solidarity to Ekweremadu.

According to him, “we are so happy with the enormous solidarity being shown to the Ekweremadu family by the Federal Government, Enugu State and Ebonyi State Governments, as well as the National Assembly.

“We plead with them not to relent but to continue pushing until Ekweremadu, who we know is innocent, is freed.”